Saturn may not be as interesting as Mars, but that doesn’t mean that NASA has forgotten about the gas giant. For the non space-junkies, Saturn “is the sixth planet from the Sun and the second largest planet in the Solar System, after Jupiter.” Continue reading to see ten mind-blowing pictures of Saturn and its moons. 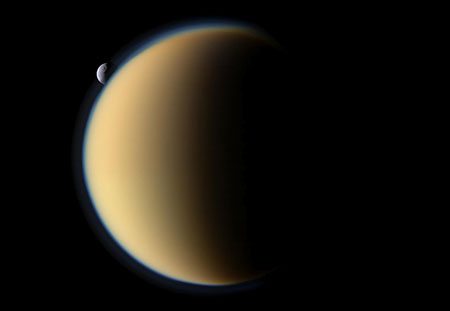 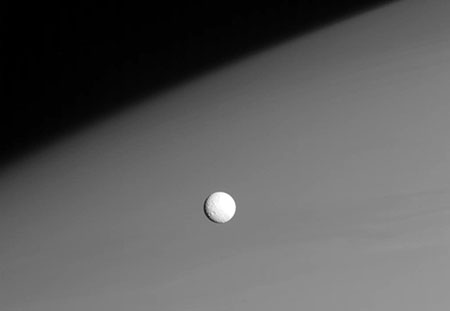 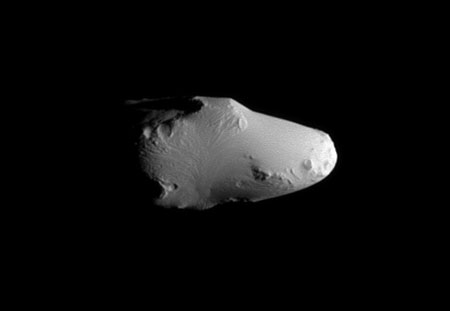 Cassini’s February 2010 encounter with tiny moon Calypso yielded this incredibly detailed view. Irregularly shaped Calypso (30 x 23 x 14 km) is one of two Trojan moons that travel in the same orbit of the larger moon Tethys, traveling ahead and behind. Calypso’s smooth surface does not appear to retain the record of intense cratering that most of Saturn’s other moons possess. The image was taken on February 13th, 2010 at a distance of approximately 21,000 km (13,000 mi) from Calypso. 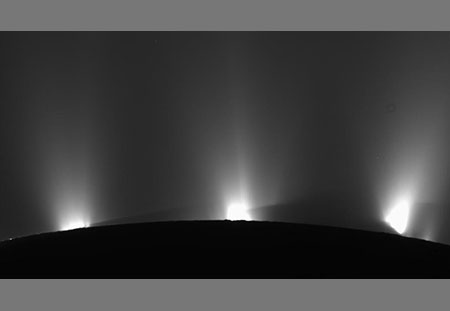 Icy jets of Enceladus are viewed by Cassini on May 18th, 2010 at a distance of approximately 17,000 km (11,000 mi). Cassini is on the night side of the moon, viewing brightly-lit plumes of ice being ejected from fissures at Enceladus’ south pole. Image scale is 100 meters (329 feet) per pixel. 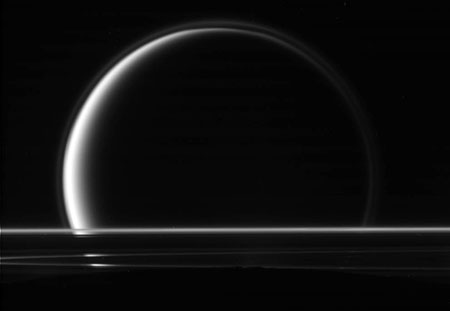 On May 18, 2010, Cassini aimed its camera towards Saturn’s largest moon Titan, capturing at the same time the edge of Enceladus (dark region at bottom) and Saturn’s rings between the two moons. 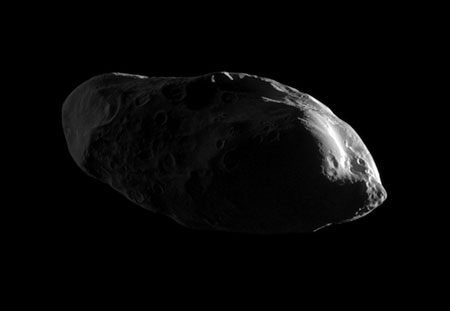 Appearing like eyes on a potato, craters cover the dimly lit surface of the moon Prometheus in this image from the Cassini spacecraft’s flyby on January 27th, 2010. This view looks toward the trailing hemisphere of Prometheus (86 km, or 53 mi across). The view was obtained at a distance of approximately 34,000 km (21,000 mi) from Prometheus. Image scale is 200 meters (656 feet) per pixel. 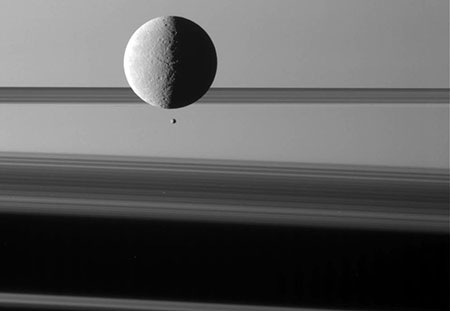 Saturn’s moon Rhea looms near its sibling moon Epimetheus in this Cassini image with the planet and its rings in the background. The two moons aren’t actually close to each other. The view was obtained at a distance of approximately 1.2 million km (746,000 mi) from Rhea and 1.6 million km (994,000 mi) from Epimetheus. The image was taken on March 24, 2010. Image scale is 7 km (5 mi) per pixel on Rhea and 10 km (6 mi) per pixel on Epimetheus. 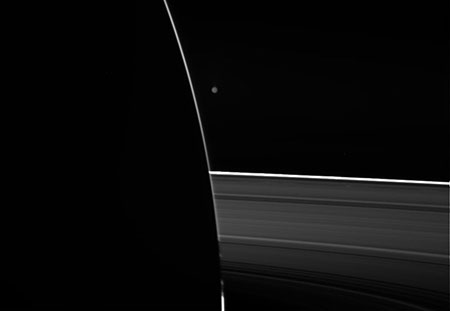 On December 25, 2009, Cassini was on the dark side of Saturn and took this image looking toward the moon Enceladus, seen at top, beyond the planet and its rings. Light passing through Saturn’s atmosphere creates the bright arc seen from the top to the bottom of the image. At bottom center, the light passing through is blocked by shadows from the rings. 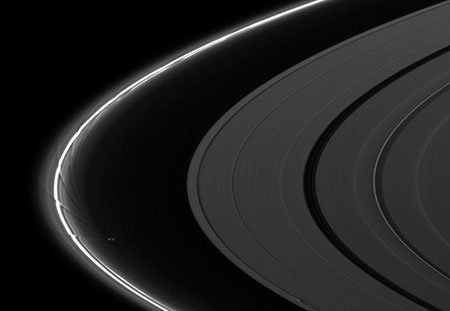 The moon Prometheus creates an intricate pattern of perturbation in Saturn’s F ring while the moon Daphnis disturbs the A ring in this image taken after the planet’s August 2009 equinox. Prometheus (86 km, or 53 mi across) can be seen between the thin F ring and the A ring in the middle left of the image. The gravity of potato-shaped Prometheus periodically creates streamer-channels in the F ring. Near the bottom of the image, Daphnis (8 km, or 5 mi across) can be seen creating edge waves in the Keeler Gap of the A ring. The moon has an inclined orbit and its gravitational pull perturbs the orbits of the particles of the A ring, forming the Keeler Gap’s edge, and sculpts the edge into waves having both horizontal (radial) and out-of-plane components. Image acquired on Aug. 22, 2009 with a scale of 12 km (7 mi) per pixel. 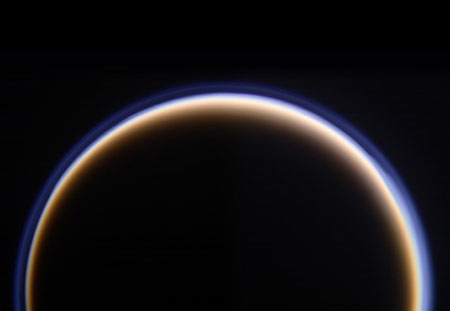 Titan’s golden, smog-like atmosphere and complex layered hazes appear to Cassini as a luminous ring around the planet-sized moon. Images taken using red, blue and green spectral filters were combined to create this color view. Six images – two sets of three colors – were combined to create the mosaic. The images were acquired with the Cassini wide-angle camera on Oct. 12, 2009 at a distance of 145,000 km (90,000 mi) from Titan.

Hylian Creed: When The Legend of Zelda Meets Assassin’s Creed

What the Milky Way and Andromedia Galaxy Collision Will Look Like