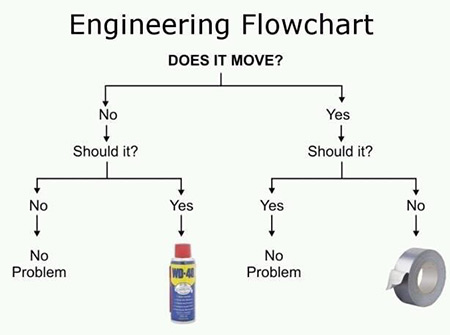 For those who don’t know, WD-40 (Water Displacement, 40th formula) was developed in 1953 by Dr. Norm Larsen, founder of the Rocket Chemical Company, in San Diego, California. It was originally designed to repel water and prevent corrosion, and later was found to have numerous household uses. Larsen was attempting to create a formula to prevent corrosion in nuclear missiles, by displacing the standing water that causes it. He claims he arrived at a successful formula on his 40th attempt. This product first became commercially available on store shelves in San Diego, California in 1958. Continue reading for some interesting uses you might not have known about.

This is Not a Spaceship, Just the Futuristic Lamborghini Egoista