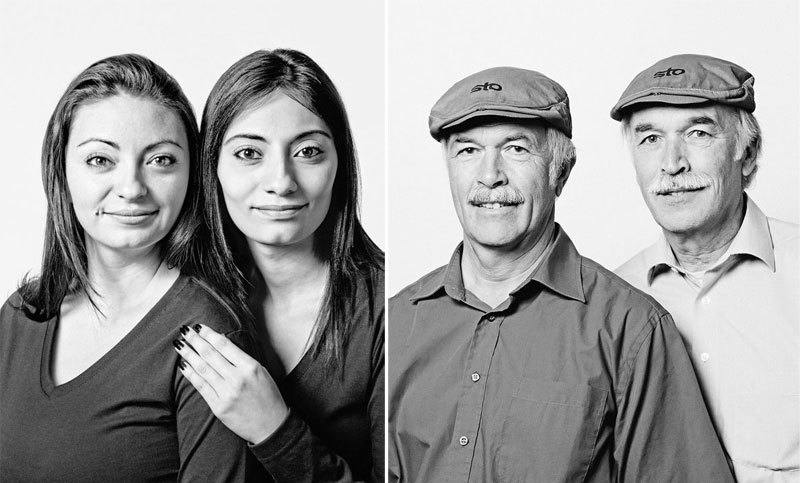 If you’re constantly on the move, or are just out meeting lots of people, there have probably been some that made you look twice and not because they look strange, but rather due to them looking exactly alike. There are some superstitions such as your doppelganger being an omen of death, but many have found that to not be true. This ongoing project by Francois Brunelle, seen here before, has spanned the last fourteen years and consists of monochrome portraits of unrelated doppelgangers. To date, he has found and photographed over 230 look-alikes to date. Continue reading for more.

According to Twisted Sifter, “Most people have found him and his project through his website and social media. Brunelle recently completed an exhibition of 58 portraits from the project at the Museo Nacionlal de la Fotografia de Colombia, in Bogota. A smaller exhibit will also be displayed in Medellin from August 26 to September 11 and Santiago de Cali from 14 to 28 September 2014.”

5 Strange Medical Conditions You Might Not Have Known About

When Classic Paintings Meet Modern Technology, You Get These 5 Mashups