Robert Cornelius, an American pioneer in photography, produced a daguerreotype of himself in 1839 which is also one of the first self photographs of a person, now called a selfie. Because the process was slow, Cornelius was able to run into the shot for a minute or more, and then replace the lens cap. He recorded on the back “The first light Picture ever taken. 1839.” Continue reading for more strange examples of when not to take a selfie, like during surgery. 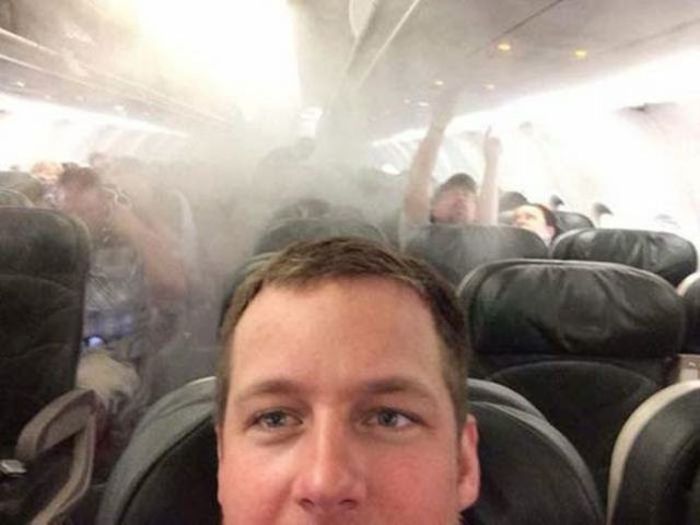 19. Using Three Different Devices at Once 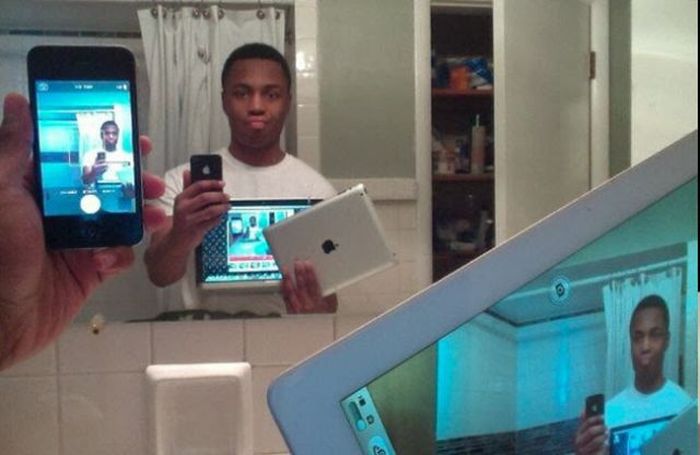 18. During a Fight at School 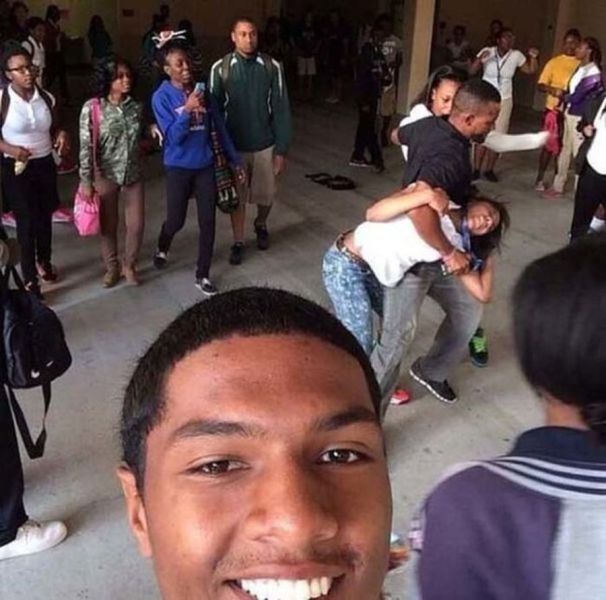 17. Parked in the Middle of Railroad Tracks 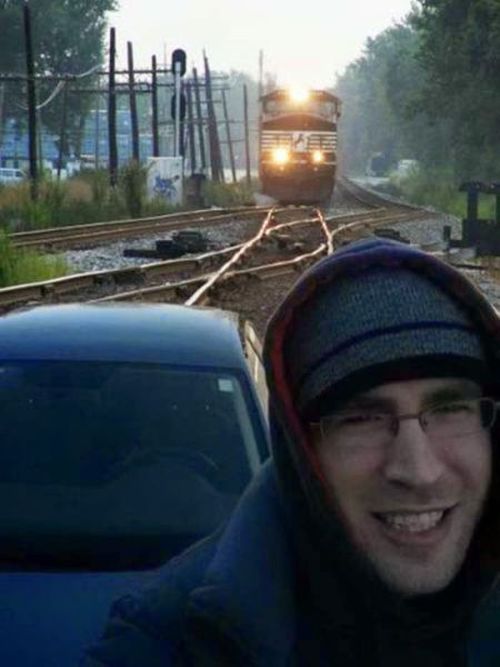 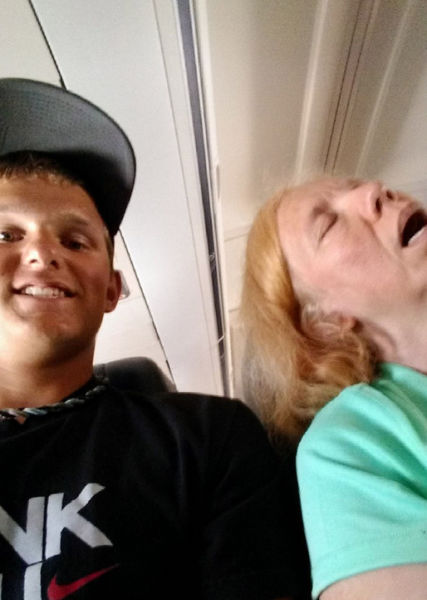 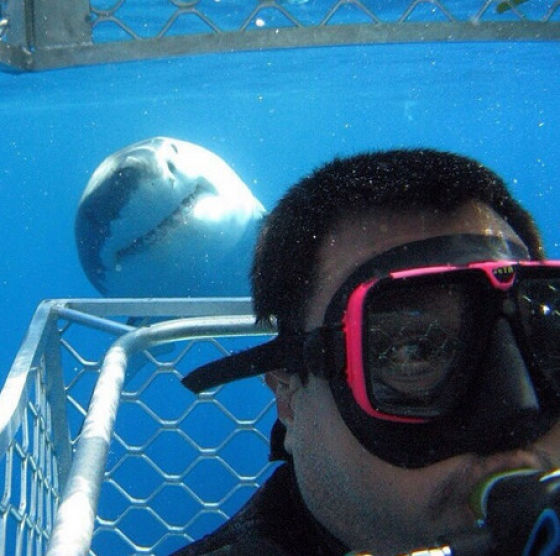 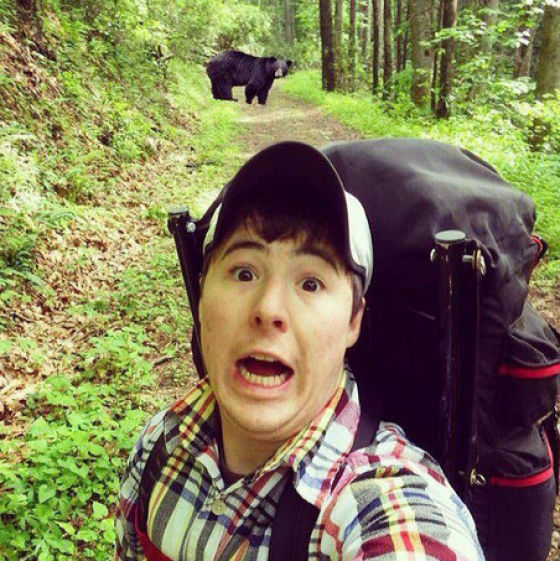 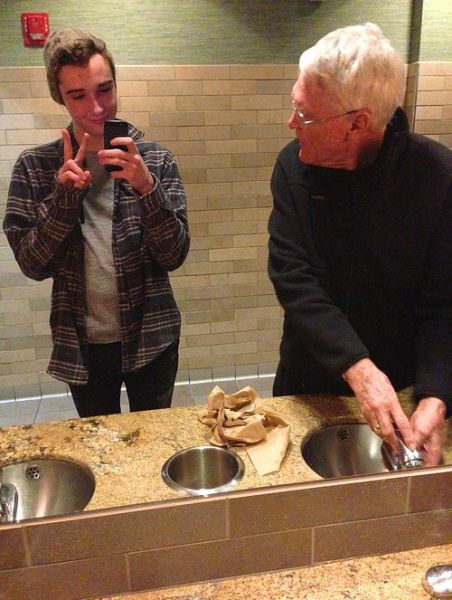 12. With a MacBook Pro in Class 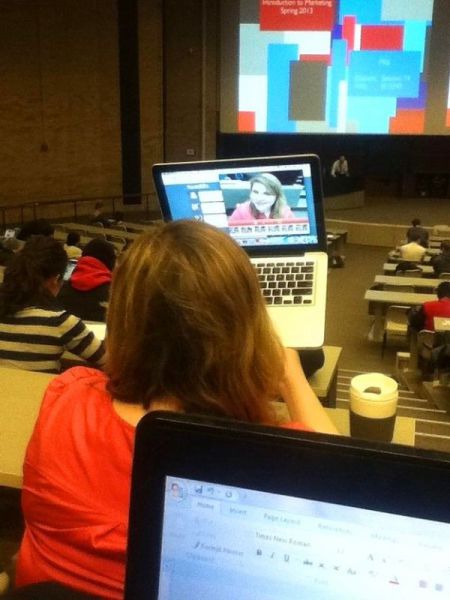 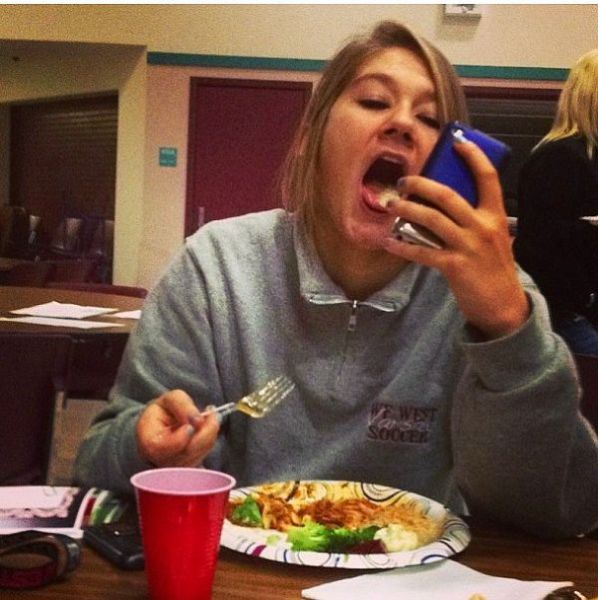 10. During a Group Project at School 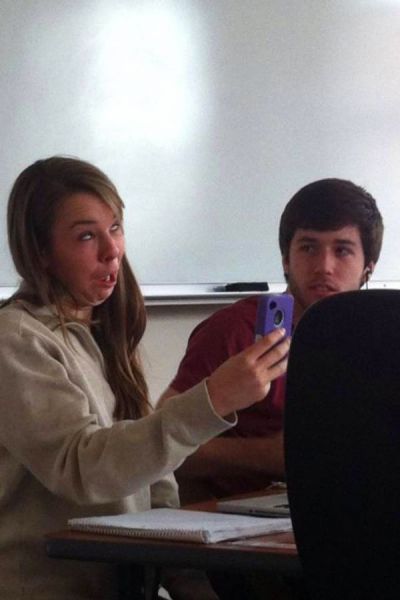 9. Awkward Position at a Drinking Fountain 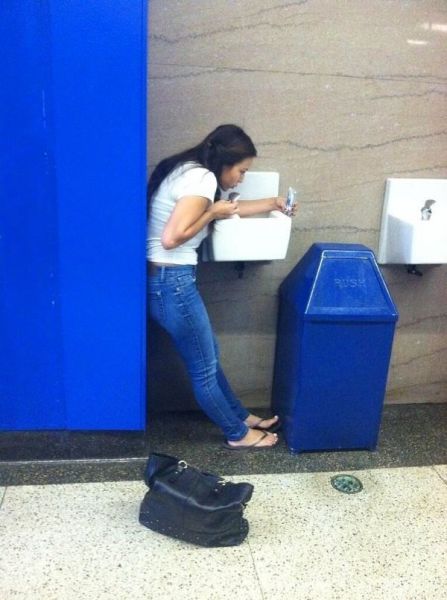 8. A Winter Hat Pulled Over Your Face 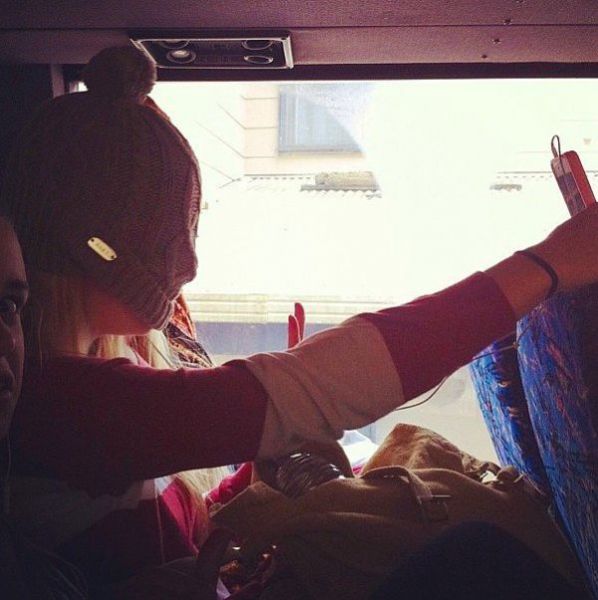 7. Waiting at a Traffic Light 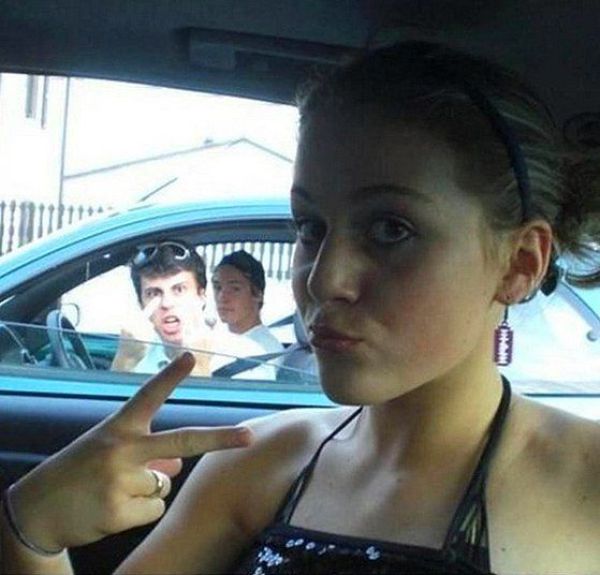 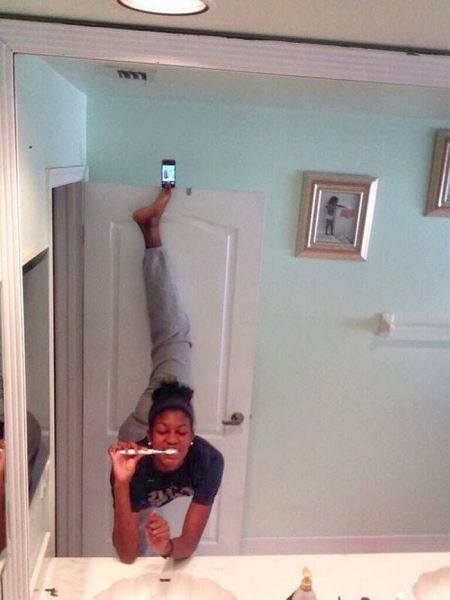 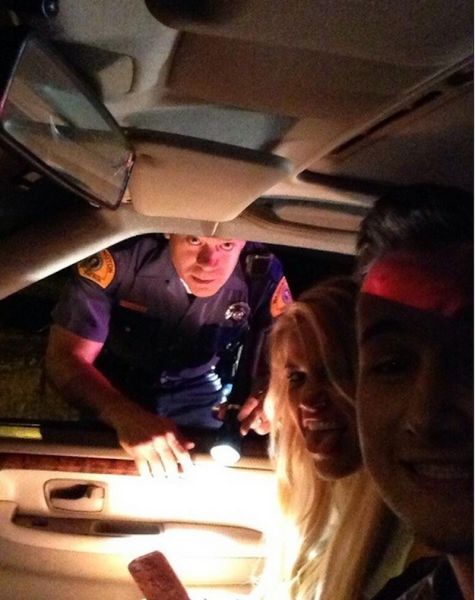 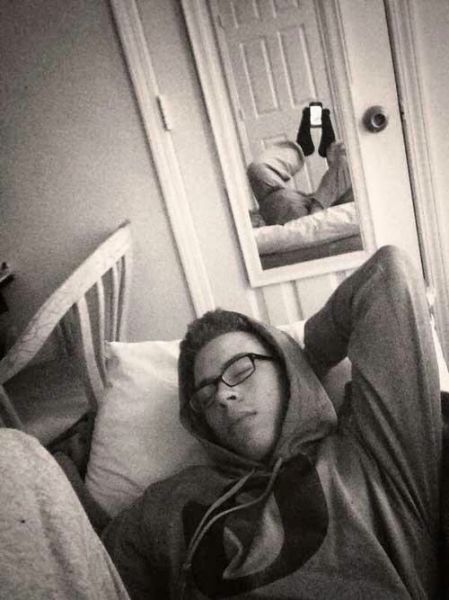 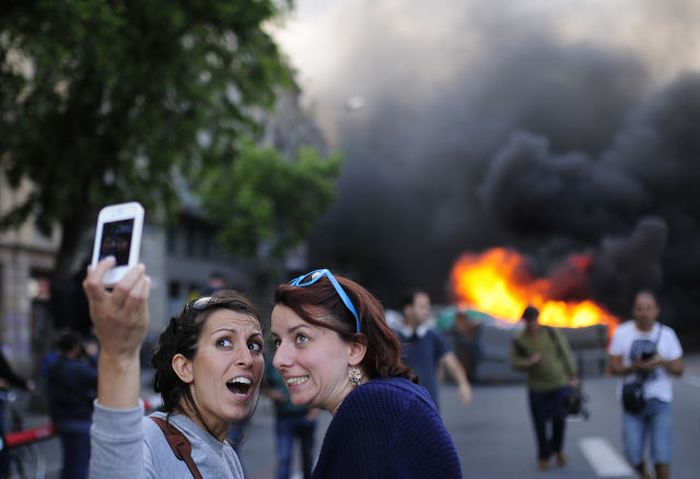 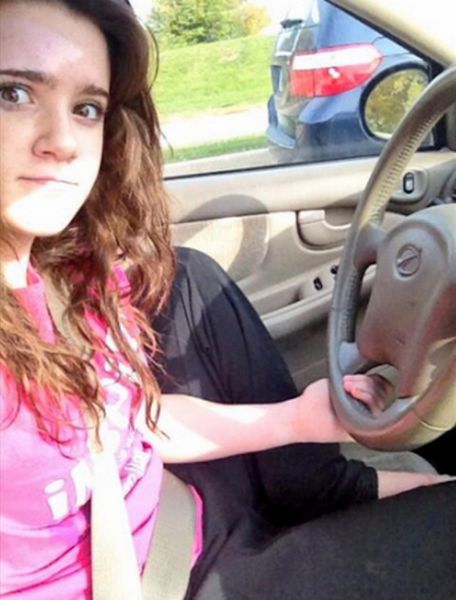 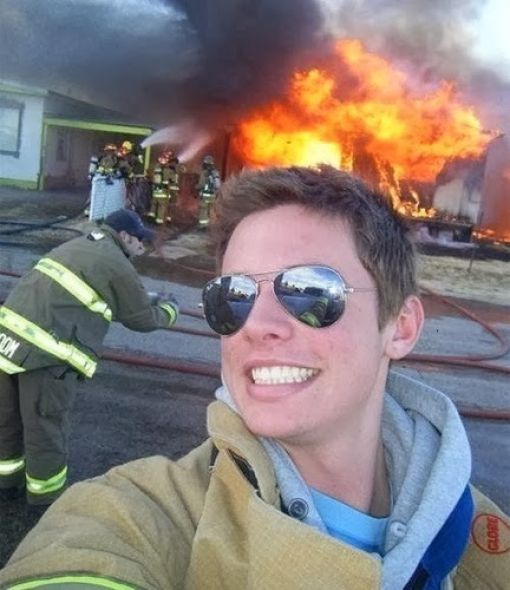