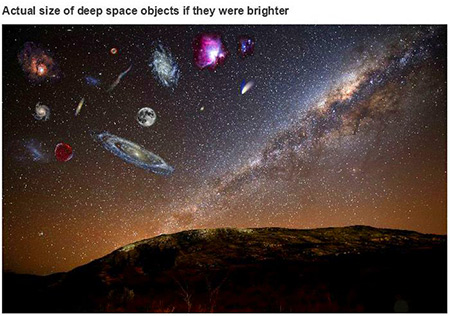 At present the furthest space probe mankind has constructed and launched from Earth is Voyager 1, which was announced on December 5, 2011 to have reached the edge of the Solar System, and entered interstellar space on August 25, 2013. Deep space exploration further than this vessel’s capacity is not yet possible due to current space engine technology available. Here are how some deep space objects would look if they were brighter in the night sky. Continue reading for more.

Brother HL2230 Monochrome Laser Printer Gets 58% Reduction to $49.99 Shipped, This Week Only