Donny of Console Variations is the current owner of a one-of-one 24K gold Nintendo Wii that was made specifically for Queen Elizabeth II by THQ to promote BIG Family Games. Its first owner somehow acquired it back in 2009, and Donny was given the opportunity to acquire this rare specimen some time during 2017. He kept a low profile until 2019, when People Make Games conducted an investigation into its whereabouts and tracked it back to him. Read more for a video, additional pictures and information.

The console will be featured in a full-length documentary later this year, but for the right price, or $300,000 USD to be exact, Donny is willing to let it go to a collector. He has documents and emails of its possible authentication, along with a separate authentication certificate that comes complete with serial number an signature. The console itself is in good condition, but with a few imperfections. More information here. 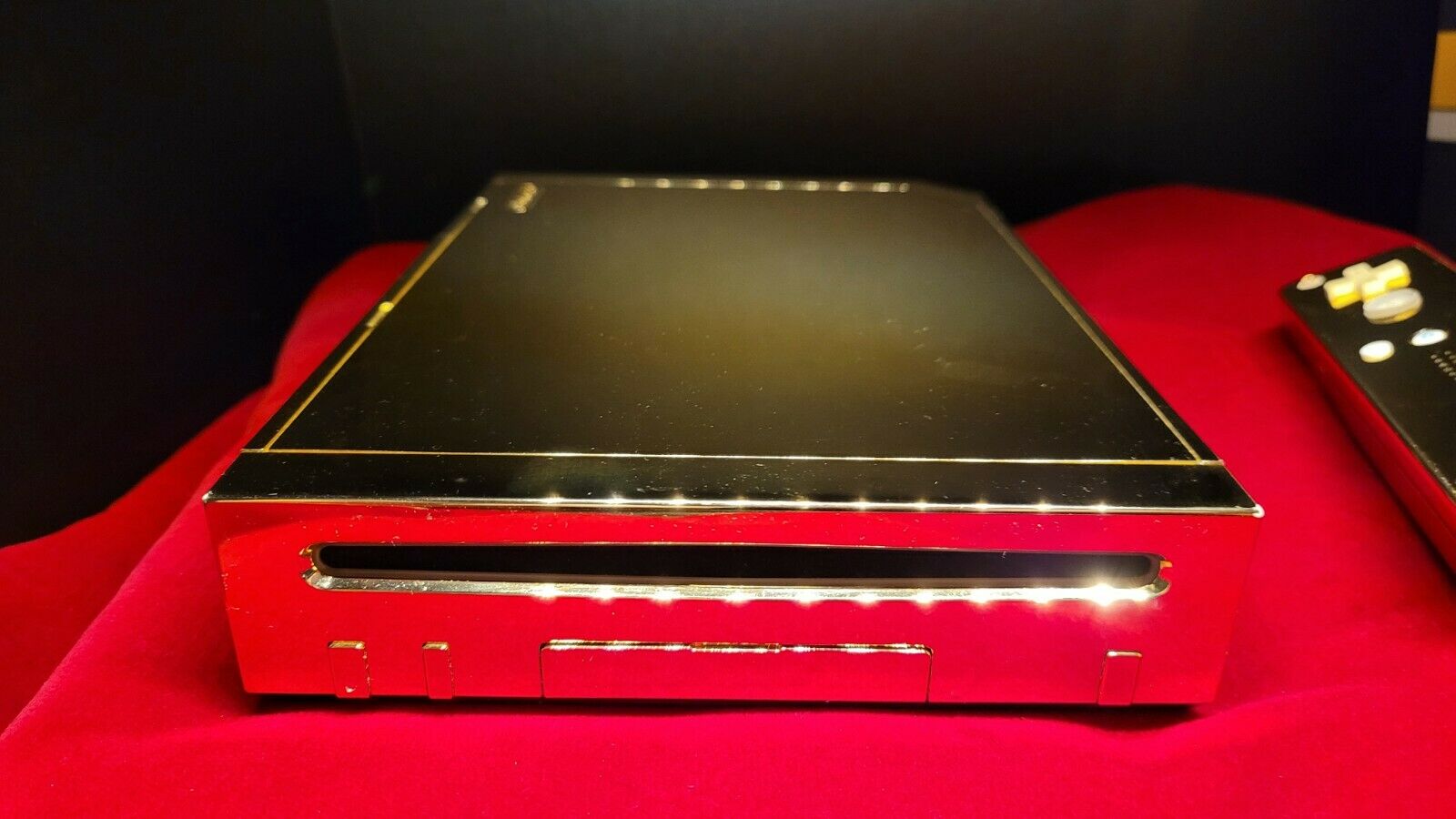 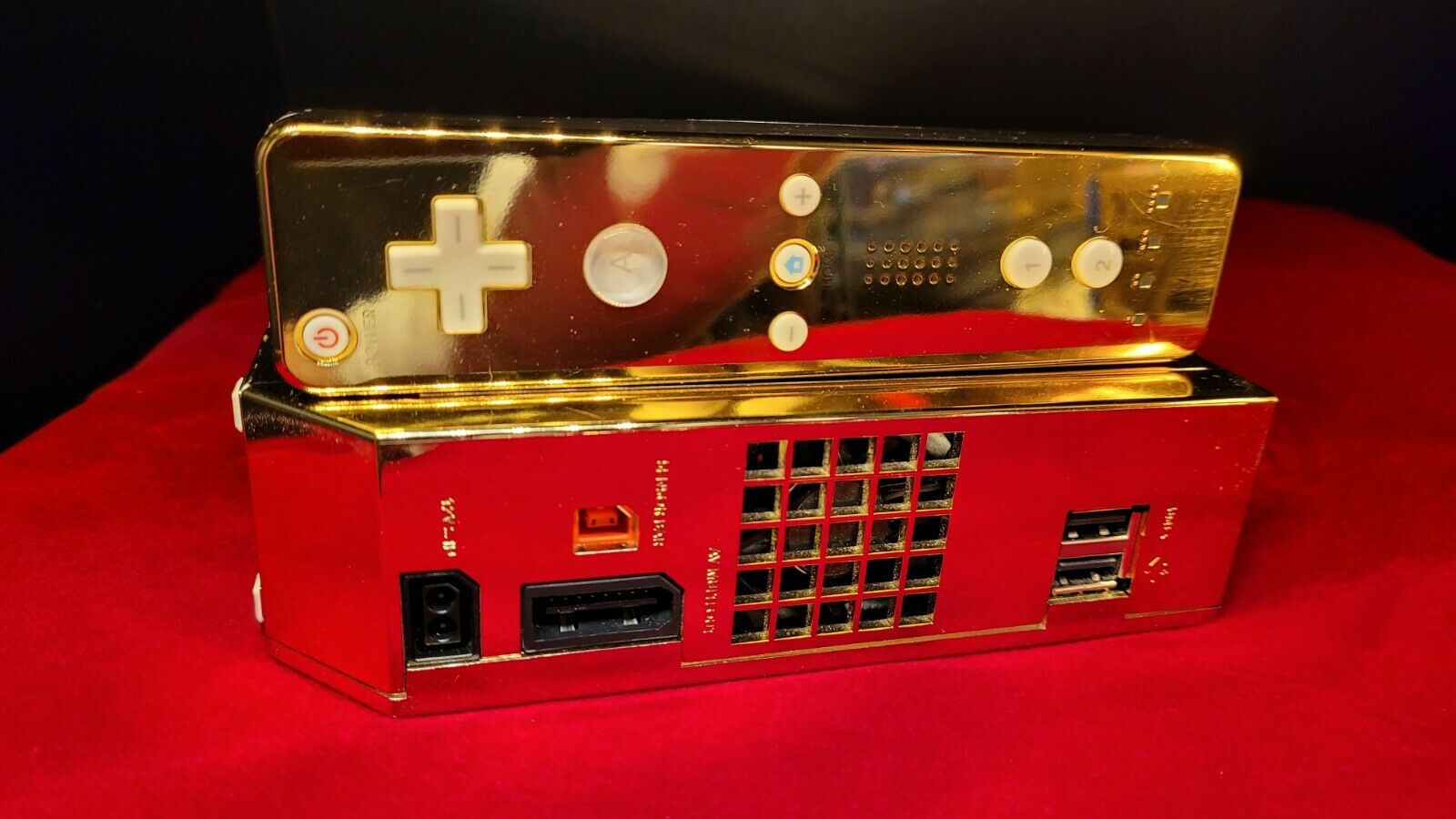 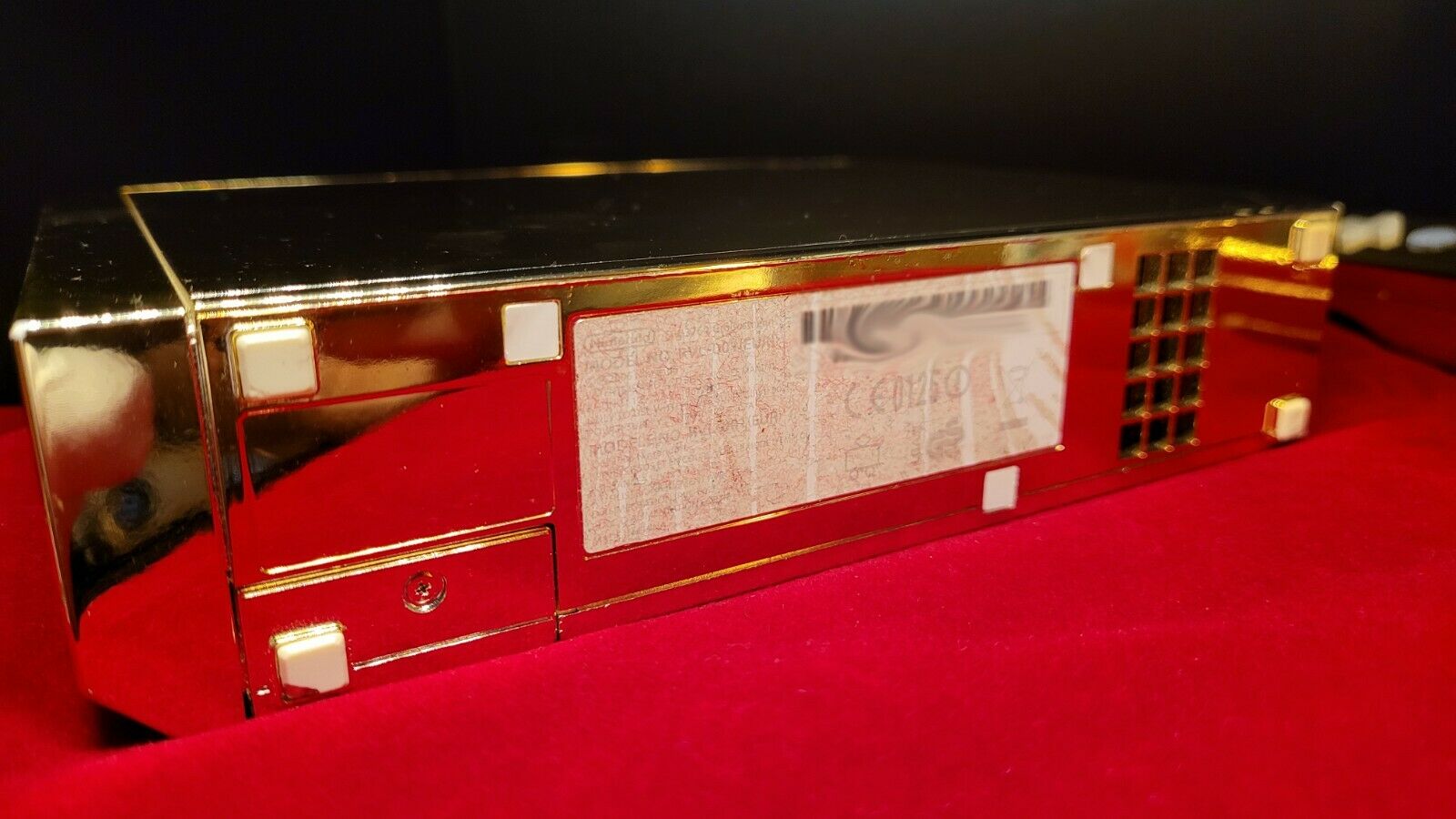 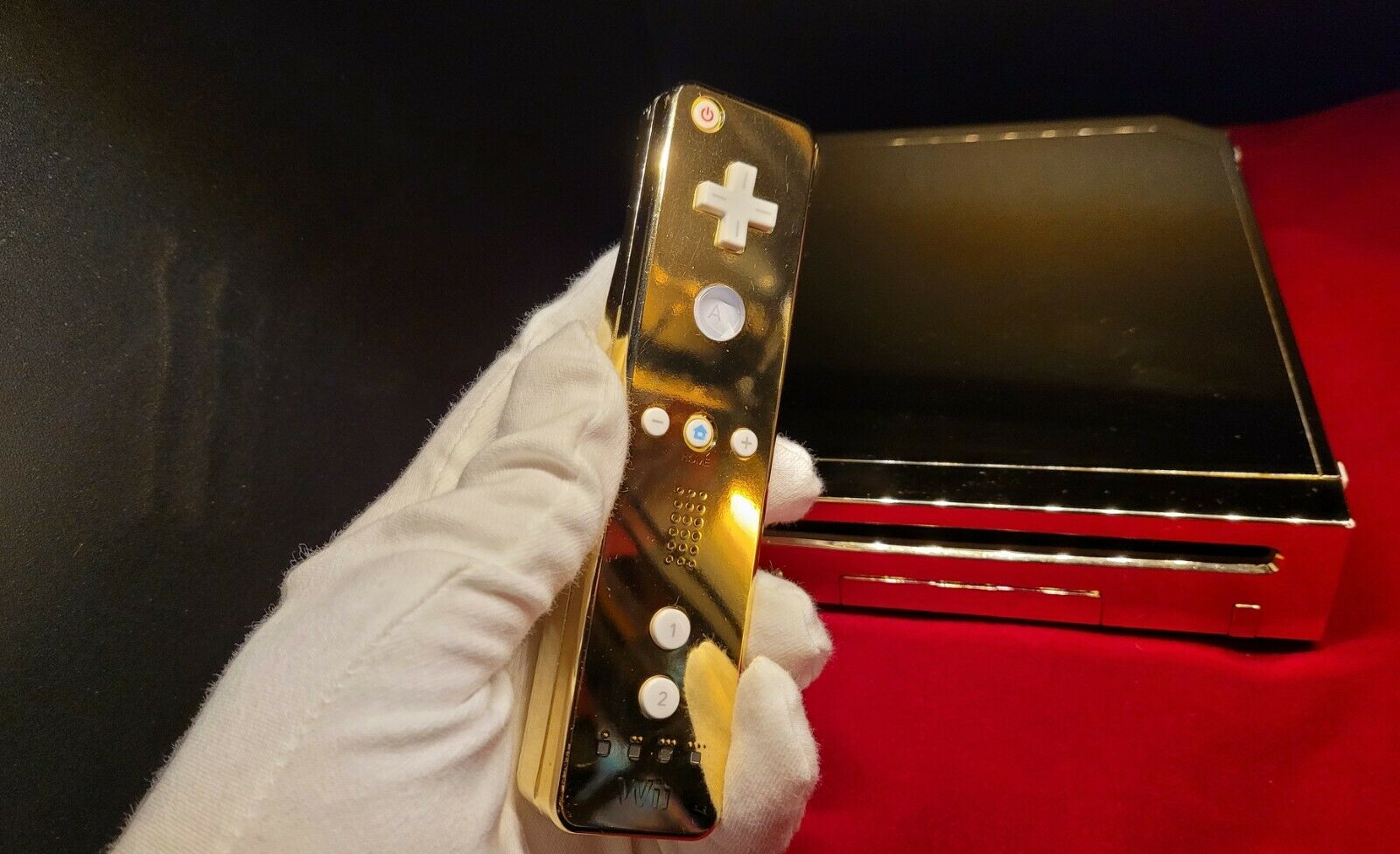 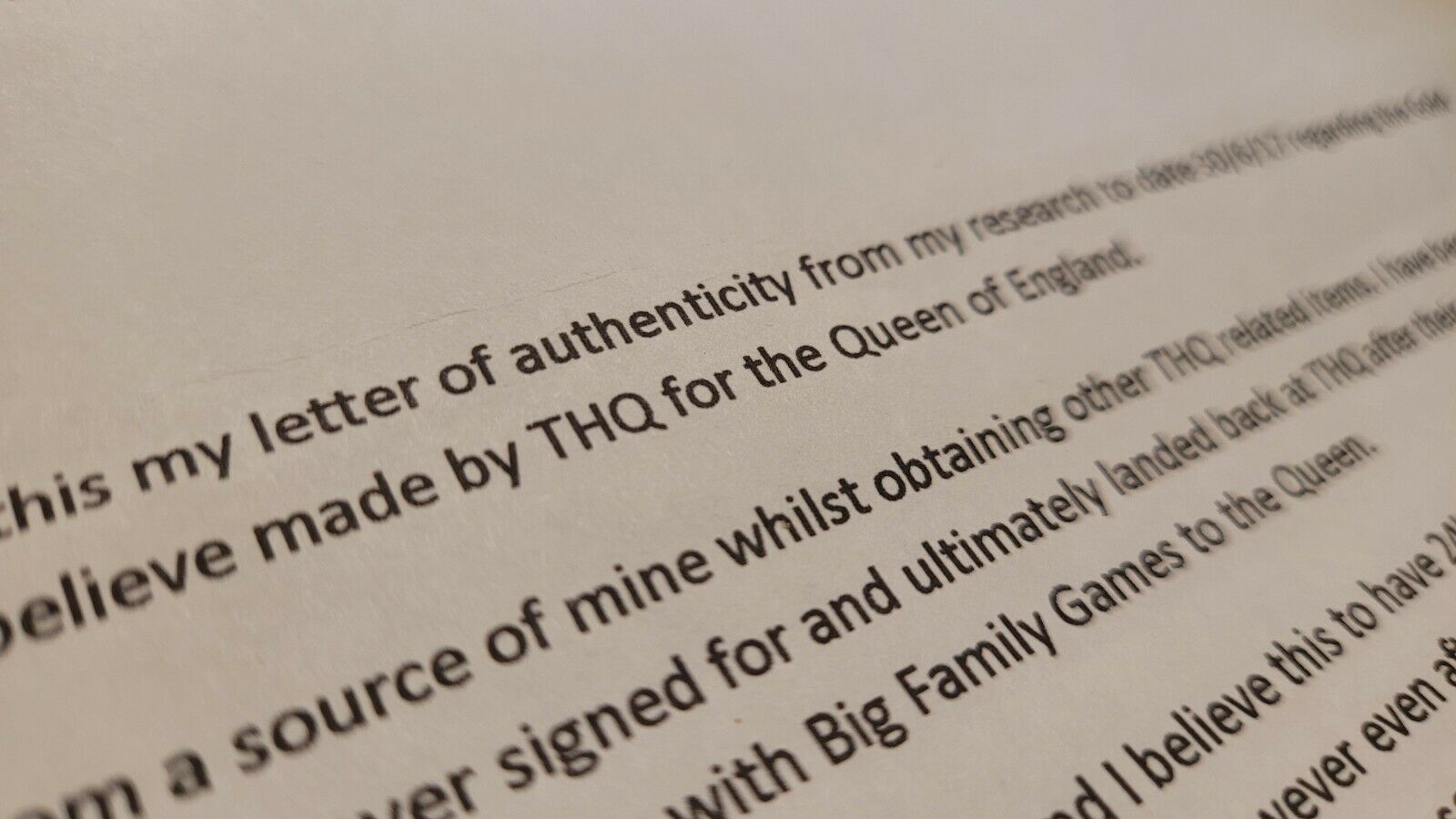 The bottom of the serial number is very slightly covered with the red fabric it was displayed on by THQ. This may not be considered a flaw, rather a nostalgic part of the console. However, it should be mentioned. The Wii-mote has some wear on the bottom. My guess is that it was actually used at one point. The pillow is a replica. I will include this with the console for display purposes,” said its current owner.