Simply put, a supercar is a term used most often to describe an expensive high end car. Stated in more general terms: “it must be very fast, with sporting handling to match”, “it should be sleek and eye-catching” and its price should be “one in a rarefied atmosphere of its own”. Continue reading to see more. 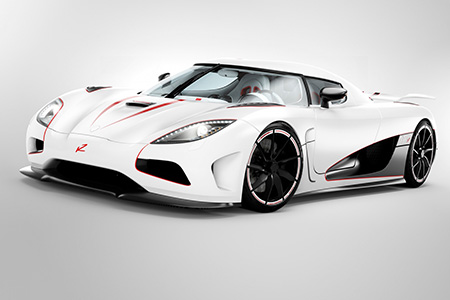 It is in essence a special edition Agera, which runs on biofuel, rather than petrol. It can accelerate from 0-62 mph in 2.9 seconds and reach a theoretical top speed of approximately 275 mph. The wing on the Agera R differs from the standard car in that it isn’t electronically adjustable, but instead uses the pressure of the wind created at high speeds to force the wing downward and reduce wind resistance.

On September 2, during test sessions in Angelholm the Agera R broke six world land speed records for a production car, including 0-186.4 mph in 14.53 seconds, surpassing the previous record of 14.6 seconds set by the Bugatti Veyron. 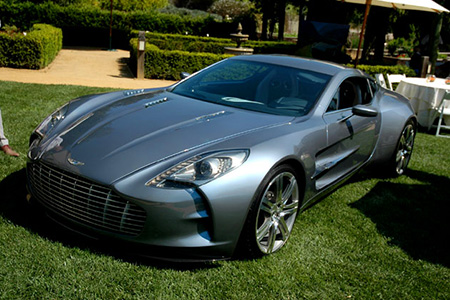 The Aston Martin One-77 is a two-door coupe built by Aston Martin. It first appeared at the 2008 Paris Motor Show, although the car remained mostly covered by a “Savile Row tailored skirt” throughout the show, before being fully revealed at the 2009 Geneva Motor Show. There was a limited run of 77 cars. (hence the name of the model) as delivery started in October 2010.

The One-77 features a full carbon fibre monocoque chassis, a handcrafted aluminium body, and a naturally aspirated 7.3 litre V12 engine with 750 hp (560 kW). The car will also use a strengthened version of the DB9’s 6-speed automated manual transmission and height-adjustable pushrod suspension coupled with dynamic stability control. The top speed is 220.007 mph (354.067 km/h), with a 0-60 mph time of approximately 3.5 seconds. The projected weight is 1,500 kg (3,307 lb). 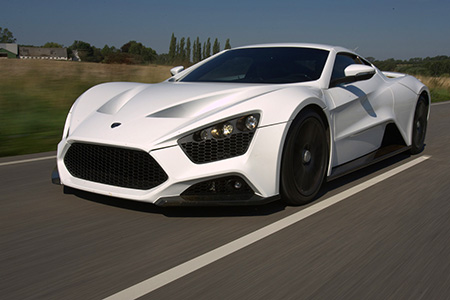 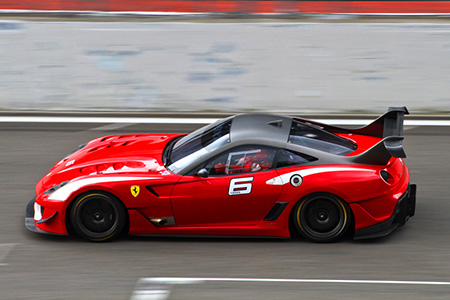 On November 9, 2011, the first images of the 599XX EVO surfaced, featuring a radically restyled aero and exhaust package as well as electronic upgrades and Pirelli tyres. On 1 December 2011 Ferrari confirmed details for the 599XX “with evolution package” in preparation for the 2011 Bologna Motor Show.

It weighs 35 kg less than a standard 599XX and has slightly improved peak power (740BHP) and torque (700Nm). One of the key features of the EVO is its active rear wing which can adjust automatically to provide increased cornering performance. It costs £160,000 on top of the £1m-plus entry cost for the privilege. 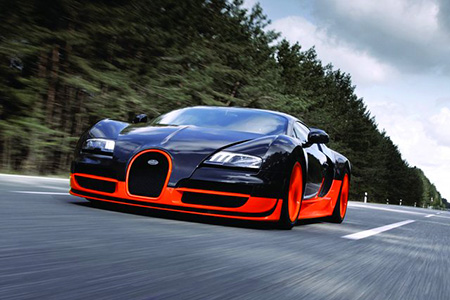 The Veyron Super Sport features an engine power increase from the standard 1,200 bhp and torque of 1,100 lb-ft and a revised aerodynamic package. It has a 431.072 km/h (267.856 mph) top speed, making it the fastest road car in production, although it is electronically limited to 415 km/h (258 mph) to protect the tires from disintegrating.