Edward Mordrake was purportedly a 19th century English nobleman who had an extra face on the back of his head. According to the stories, the second face could neither eat nor speak, but could laugh and cry. Mordrake begged doctors to have his evil twin removed, because it whispered horrible things to him at night, but no doctor would attempt it. He committed suicide at the age of 23 by poisoning himself because he could no longer stand having to live with the face on the back of his head. Continue reading for more. 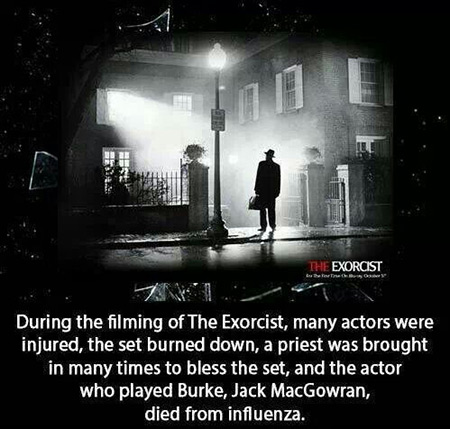 According to the website TooFab, “Ellen Burstyn was permanently injured during filming, stars Jack MacGowran and Vasiliki Maliaros both died before the movie was even released and a fire destroyed most of the set. A film-goer seeing the movie also broke his jaw after fainting…and sued Warner Bros., claiming the flick made him pass out.”

25 Cool and Interesting Facts About Our Universe

13 Random and Interesting Facts That May Surprise You