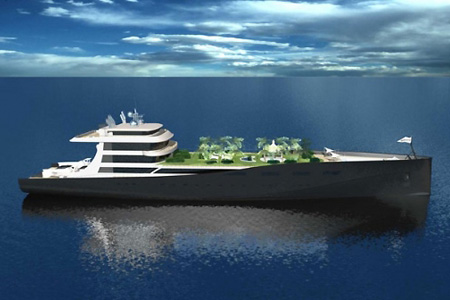 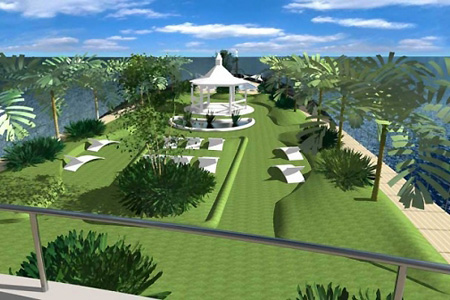 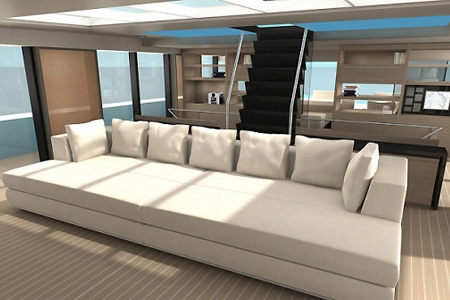 The 325-foot Gigayacht “can be oufitted, with pools, tennis courts, mini soccer fields, or the garden you see above.” Unfortunately, pricing is set to start in the $10+ million range. While “Paul Allen’s Octopus is bigger at 410 feet, [this has] room for 40 crew, 24 guests, a helipad, and two 45-foot speedboats that deploy out the back.” 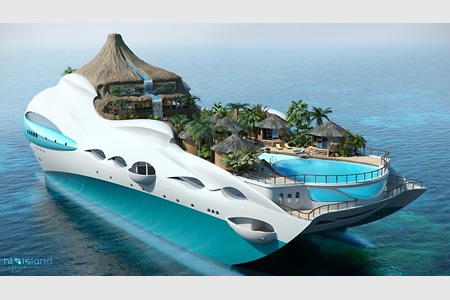 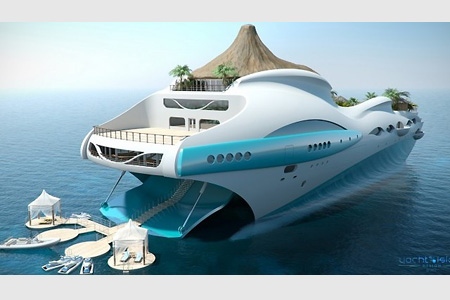 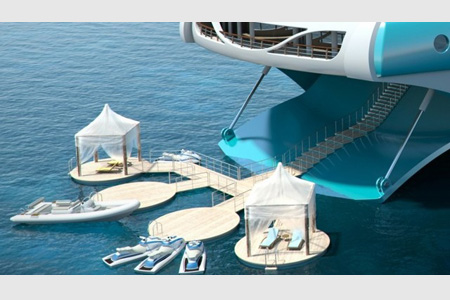 Called Yacht Island, this giant yacht is the first ever to include its very own volcano. Plus, “the main deck is a beach “cove” of cabanas surrounding a massive ocean view swimming pool, with a waterfall falling nearby from the volcano.” That’s not all, “there’s also a helicopter landing pad so those friends can drop in.” 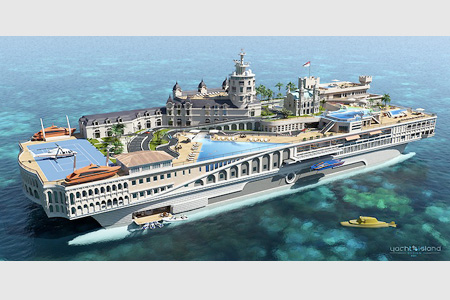 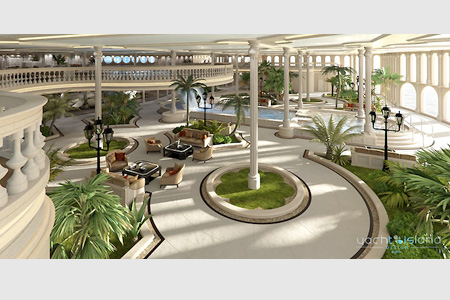 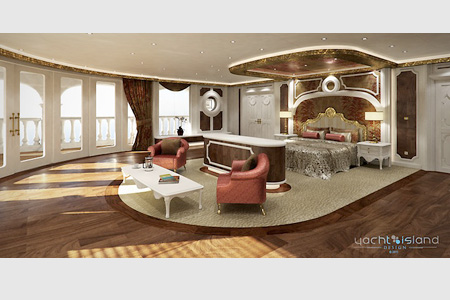 At $1.1-billion, the Streets of Monaco yacht should probably be called a private island instead. It features “smaller versions of the state’s famous landmarks such as the Hotel de Paris and Monte Carlo Casino and racetrack — swimming pools, tennis courts, a cinema, and go kart track will also provide an endless amount of entertainment.”

At $4.6-million, the Orsos Islands The Island measures over 20-meters wide and more than 37meters in length. There is approximately 400 square meters of space on each floor (4,305 sq ft) and up to 1000 square meters of total living space (10,764 sq ft). It features an autonomous power supply based energy system – powered, both day and night, by a noiseless wind energy system, as well as more than 120 m² of solar panels.

Spiral Island II is actually Rishi Sowa’s second artificial island. He built the first one in 1998, near Puerto Aventuras, using 250,000 plastic bottles to keep it afloat. Sadly, his recycled island was destroyed in 2005, when Hurricane Emily passed through the area. Most of Spiral Island was washed up on the beach, but Sowa decided to build a whole new island, in a safer area.