The amazing Sagano Bamboo Forest above is located to the northwest in Kyoto Basin, Japan, and spans an area of 16 square kilometers. “The sound of the wind in this bamboo forest has been voted as one of “one hundred must-be-preserved sounds of Japan” by the Japanese government. Continue reading for more mind-blowing tunnels and roads that every geek should visit before they die. 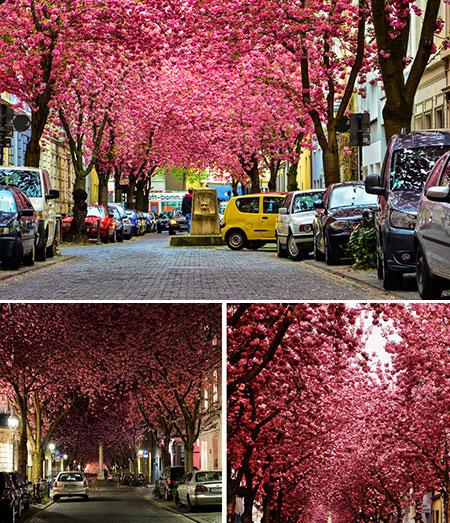 It’s hard to believe that places like this exist in real-life, and aren’t just computer-generated magic. What you’re seeing above is a gorgeous street in Bonn, Germany. It’s showered with beautiful cherry blossoms in full bloom. The bottom left image was snapped by 20-year-old landscape photographer Marcel Bednarz using a Nikon D3000. According to Bednarz, there are only two to three weeks when these trees are at this beautiful stage of blossoming. 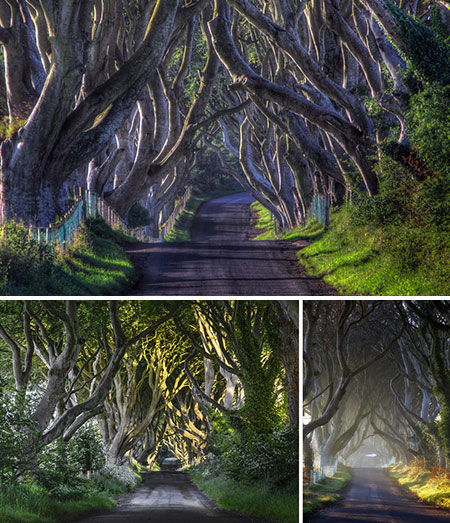 This beautiful beech trees tunnel was planted by the Stuart family in the eighteenth century. It was intended as a compelling landscape feature to impress visitors as they approached the entrance to their Georgian mansion, Gracehill House. Two centuries later, the trees remain a magnificent sight and have become one of the most photographed natural phenomena in Northern Ireland. 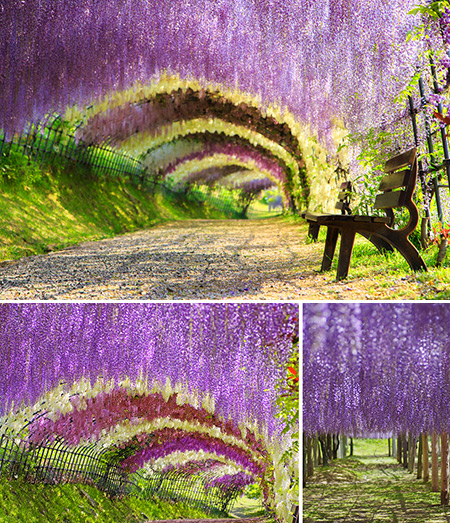 This may looks like something out of a fairy tale, but it’s actually Wisteria Tunnel at Japan’s Kawachi Fuji Gardens, located in the city of Kitakyushu, a 4 hour drive from Tokyo. One quick walk through the tunnel, and you’ll see why this magical place is such a popular tourist attraction. From April to May, the wisteria trees, which are lined up perfectly in rows, are blooming with an overwhelming abundance of flowers.

2. Avenue of the Baobabs, Madagascar 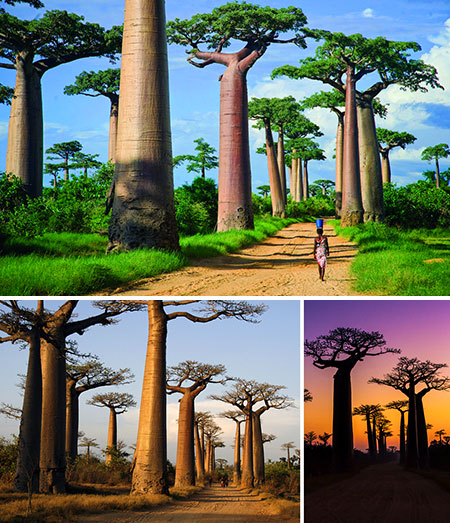 Not exactly a traditional tunnel, but mind-blowing nonetheless. The Avenue or Alley of the Baobabs is a prominent group of baobab trees lining the dirt road between Morondava and Belon’i Tsiribihina in the Menabe region in western Madagascar. Its striking landscape draws travelers from around the world, making it one of the most visited locations in the region. 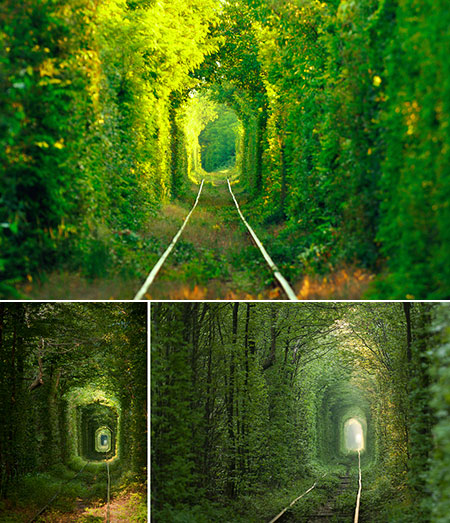 This stunning leafy tunnel looks like a vintage dream come true, or a scene from a fantasy film, but it can actually be found deep in the Ukrainian forests, near the town of Kleven. This breathtaking green tunnel provides passage for a private train that provides wood to a local factory. It measures 1.8-miles-long and this unusual rail route in Eastern Europe is also a popular spot for lovers’ promises.

29 Cool Things About Toy Story You Might Have Missed