So, you’ve seen some of the geekiest custom motorcycles along with the coolest custom motorcycle helmets ever, now check out some jaw-dropping suits that are perfect for geeks and gearheads alike. As you can obviously tell, the highlight of this list is The Dark Knight suit above. Continue reading to see them all. 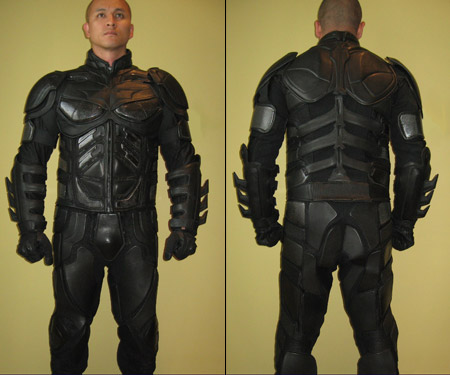 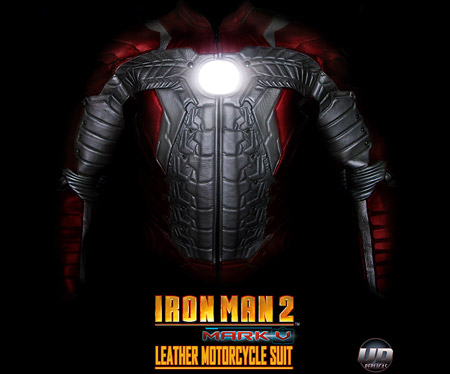 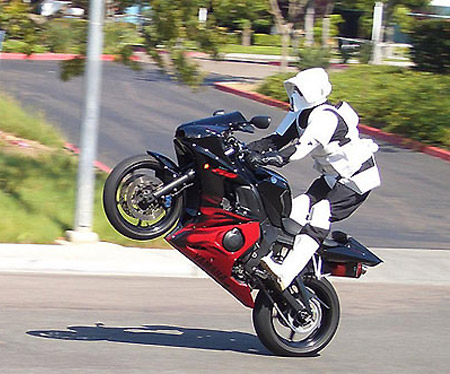 Adam Kuhn found an image of a motorcycle rider who created his very own Clone Trooper suit, complete with helmet. To further prove that the dark side of the Force is more talented, this Storm Trooper attempts and successfully performs a wheelie. 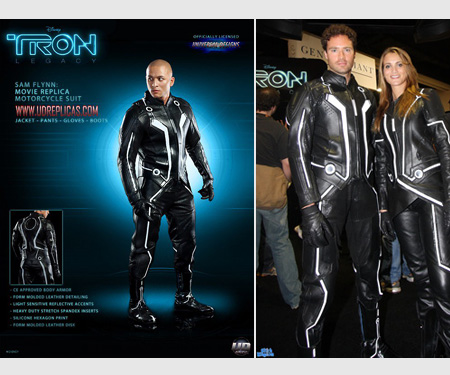 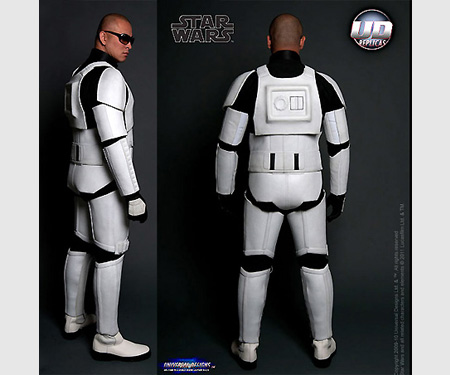 Looking like a Star Wars stormtrooper while riding your motorcycle is now easier than ever, thanks to UD Replica’s new suit offering. Shipping in Q2 2012, you’ll have to shell out $1143 for the entire set: boots, jacket, pants, and gloves. Hopefully, the final version includes a road legal helmet as well to finish off the suit.

If Godzilla was a Christmas Tree