GungHo Online Entertainment’s – a Japan-based video game developer that was recently acquired by Softbank – Puzzle & Dragons is a top grossing mobile game for both iOS and Android that achieves revenue of over $2-million per day. Just like the innovation found in Puzzle & Dragons, Sprint has decided to upgrade their data network. In a recent demonstration, Sprint collaborates with Nokia Solutions and Networks to show the potential capabilities of the enhanced LTE capability, sending wireless data at speeds exceeding 1.3 Gbps. This evolving new technology is called Sprint Spark. Continue reading for five reasons why you should be playing Puzzle & Dragons today.

Thank you to Sprint Faster for sponsoring this article. Get inspired by innovation and see what’s next at Sprint.com/faster. 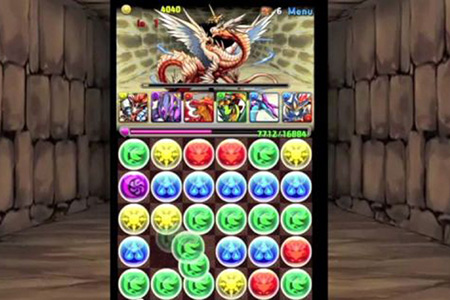 Think Bejeweled meets Pokemon. It’s the match 3-style game you’ve grown to love, but with a twist. Line up rows or columns of the same type of colored orbs / elements based on fire, water, air, light, and darkness. When a group of 5+ elements (same color) are lined up, your character performs a mass attack. Now here’s where it differs, the gameplay style is turn-based, and within your turn, you can move any one orb anywhere in the puzzle grid. This allows you to set up combos to deal massive damage. There’s a number on top of an enemy’s head that indicates the number of turns you have before it attacks so you have to think fast. 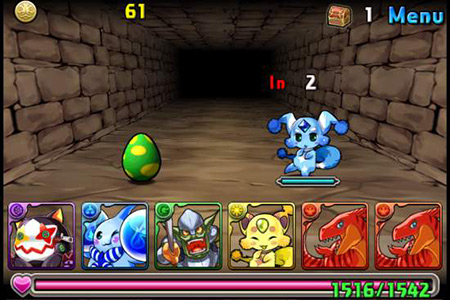 Photo credit: Without the Sarcasm

First off, players will expend stamina when they enter any dungeon. With that said, the dungeons are categorized as Normal, Special, and Technical, with the main differences between the three types being strength, stamina cost, and enemy levels / strength. From time to time, GungHo will have limited special dungeons that allow you to collect rare monsters, such as the Super Ruby Dragon or even the Google DROID, and only appear during certain times of the day. Completing dungeons nets you experience, and when your EXP bar is full, you’ll level up in rank and your Stamina gauge will be replenished. 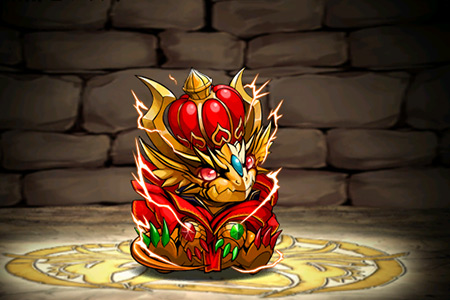 Players get to create their very own team of 5 monsters, with one of them being the Leader. When going into battle, each team will get to choose 1 friend, which acts as a second leader. There are currently over 1000 collectible monsters from common (1 star) to ultra rare (8 stars) in both the Japanese and US versions combined, and the majority of them have special active leader skills (when used as a leader) or passive skills that can be used in battle if certain turn-based conditions are met. Leader skills include buffs (multiplies your ATK / HP / RCU, greatly heals HP, turn stalling, etc.. Passive skills can consist of actions like counterattacks, changing orbs from one color to another, etc. Fusing monsters is the only way to level them up or evolve them. The latter requires them to be at their maximum level where you can then synthesize them with other maxed out monsters. The resulting monster will be one of higher grade. I’m not sure any fusion can fail but given the rarity of some of the “ingredients”, as well as the cost of the whole process, I don’t believe it’s possible. 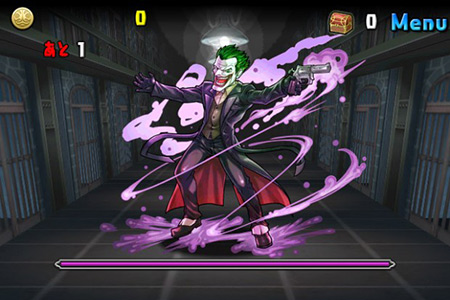 There are always special crossover events in which characters from other popular series and franchises invade Puzzle & Dragons. One of the more recent ones was Arkham Origins characters. Yes, what you are looking at above is an actual dungeon in which players got to battle Joker – for those brave enough to try the Master or Legend difficulty, there was a high chance of receiving the character after successful completion of the dungeon.

5. It’s Free to Play with Friends 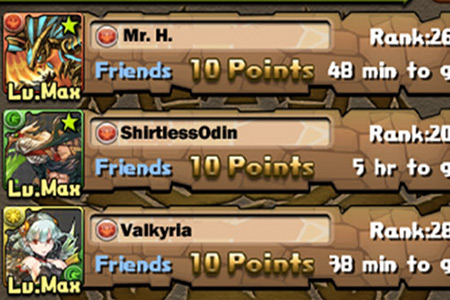 In addition to being Free to Play, there’s also a friend system where players can obtain Friendship Points (FP) from opting to take someone else’s monsters out with your group. That’s right, players starts off as strangers – unless you know their Friend ID – and it will remain so unless you actually go out of your way to become acquainted with them through the game’s messaging and gifting system. You’ll gain 5 friendship points as strangers, but once they accept your friend request, 10 friendship points are awarded when you select them to be on your team. Every 200 FP can be redeemed for monsters and other evolution materials in the PAL Egg Machine. So what are you waiting for? Try Puzzle & Dragons today.

Thank you to Sprint and Technorati Media for being sponsors of this article. All opinions expressed here are my own.

Isaac Asimov’s 1964 Predictions About 2014 Are Startling Accurate, Here Are Some of Them