Congenital insensitivity to pain (CIP) is one or more rare conditions in which a person cannot feel (and has never felt) physical pain. Despite sounding beneficial, it is actually an extremely dangerous condition, as sufferers may not be able to recognize a potentially harmful scenario. There are some cases where the condition is caused by increased production of endorphins in the brain, in which case naloxone may be used as treatment. Continue reading for more. 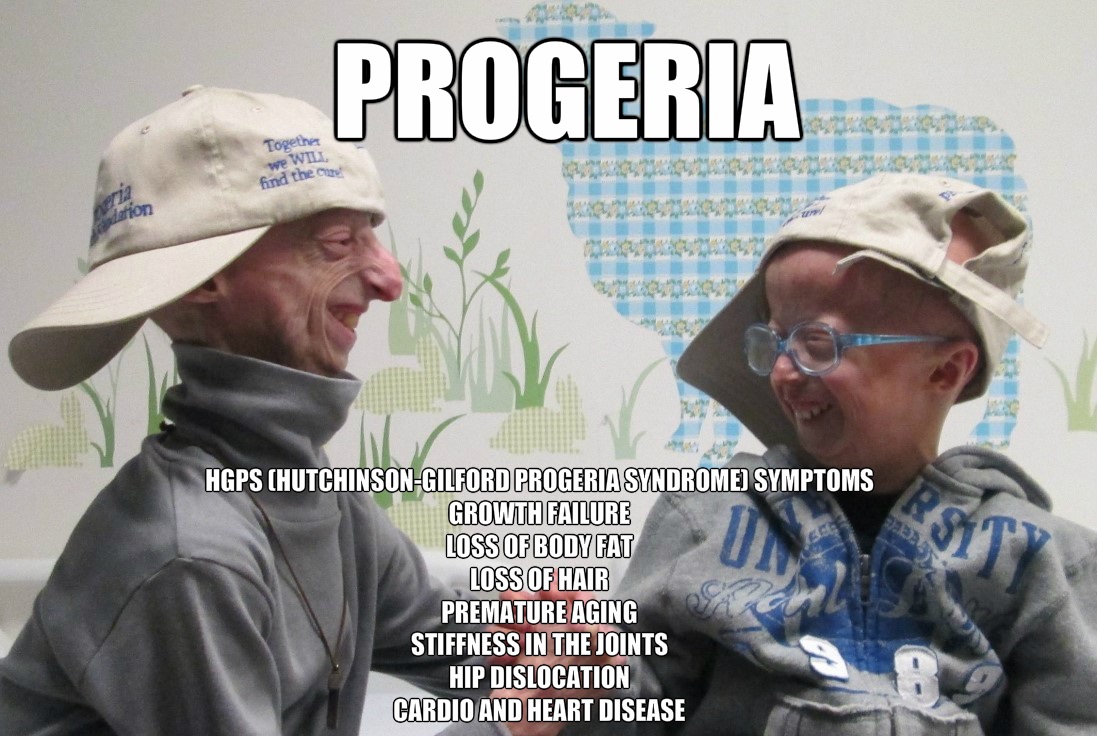 Progeria is an extremely rare genetic disorder wherein symptoms resembling aspects of aging are manifested at a very early age. The disorder has a very low incidence rate, occurring in an estimated 1 per 8 million live births. Those born with progeria typically live to their mid teens to early twenties. It is a genetic condition that occurs as a new mutation, and is rarely inherited, as patients usually do not live to reproduce. 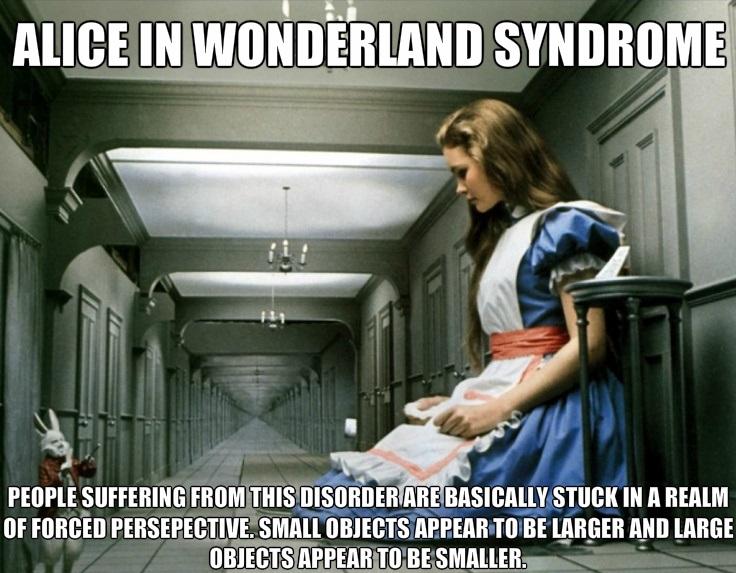 Alice in Wonderland syndrome is a disorienting neurological condition that affects human perception. Sufferers experience size distortion of other sensory modalities. Anecdotal reports suggest that the symptoms of AIWS are fairly common in childhood, with many people growing out of them in their teens. It appears that AIWS is also a common experience at sleep onset. Alice in Wonderland Syndrome can be caused by abnormal amounts of electrical activity causing abnormal blood flow in the parts of the brain that process visual perception and texture. 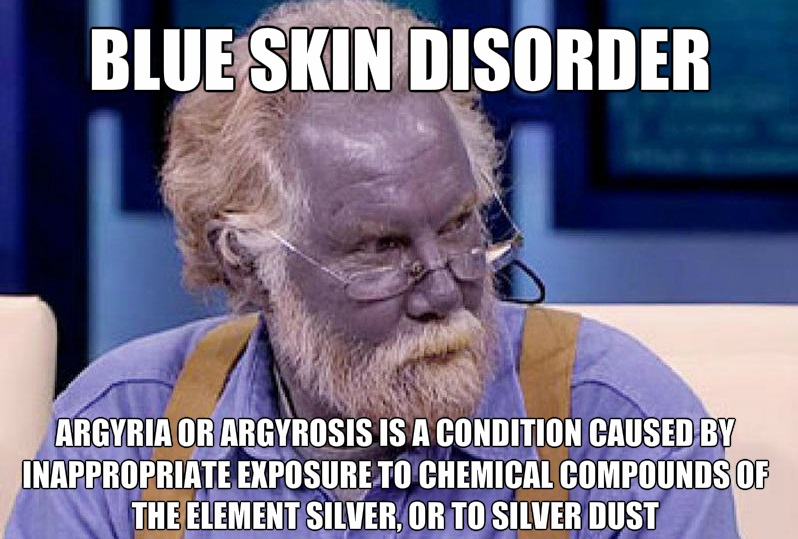 Argyria is a condition caused by inappropriate exposure to chemical compounds of the element silver, or to silver dust. The most dramatic symptom of argyria is that the skin turns blue or bluish-grey. Chronic intake also may lead to silver pigments depositing in other organs exposed to light, particularly the eyes. In the conjunctiva this is not generally harmful, but it also may affect the lens, leading to serious effects. Localized argyria often results from topical use of substances containing silver, such as some kinds of eye drops. Generalized argyria results from chronically swallowing or inhaling silver compounds, either for medical purposes, or as a result of working with silver or silver compounds. 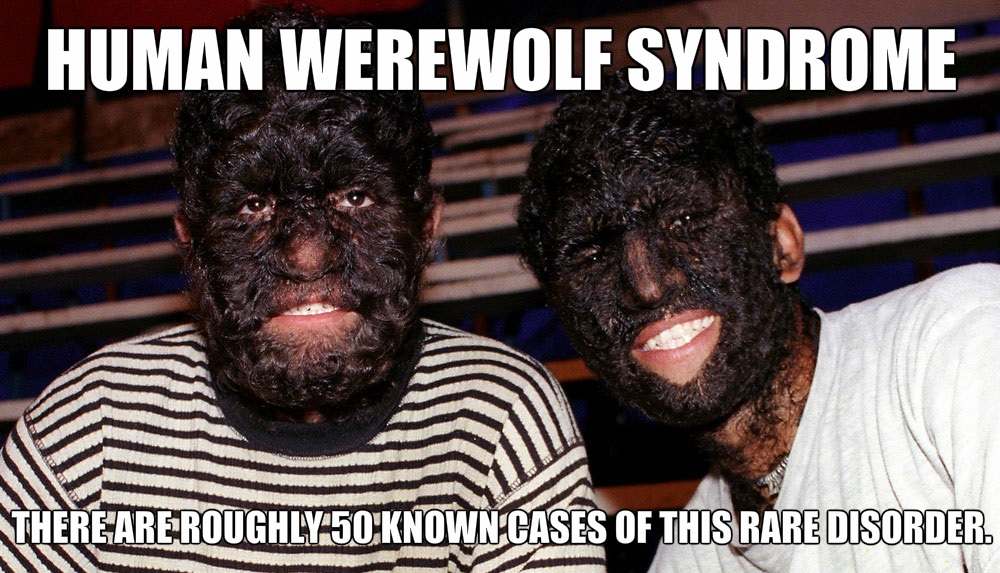 Hypertrichosis is an abnormal amount of hair growth over the body; extensive cases of hypertrichosis have informally been called werewolf syndrome, because the appearance is similar to the werewolf. Hypertrichosis can be either congenital (present at birth) or acquired later in life. The excess growth of hair occurs in areas of the skin with the exception of androgen-dependent hair of the pubic area, face, and axillary regions. 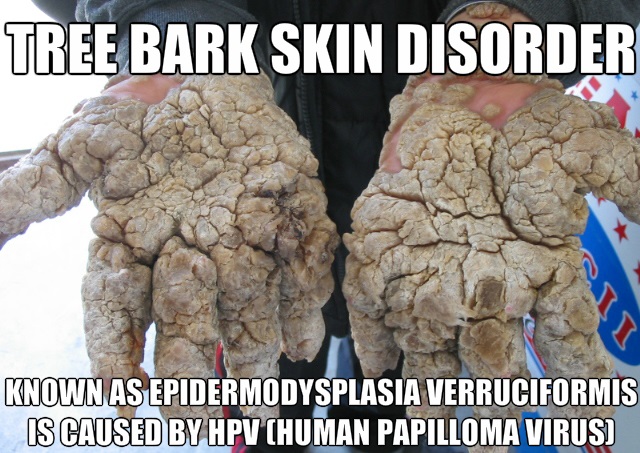 Epidermodysplasia verruciformis is an extremely rare autosomal recessive genetic hereditary skin disorder associated with a high risk of carcinoma of the skin. It is characterized by abnormal susceptibility to human papillomaviruses (HPVs) of the skin. The resulting uncontrolled HPV infections result in the growth of scaly macules and papules, particularly on the hands and feet.