In astronomy and astrobiology, the Goldilocks zone is the region around a star where a planet with sufficient atmospheric pressure can maintain liquid water on its surface. A potentially habitable planet implies a terrestrial planet within the Goldilocks zone and with conditions roughly comparable to those of Earth. Although only about a dozen planets have been confirmed in the habitable zone, the Kepler spacecraft has identified a further 54 candidates and current estimates indicate that there are “at least 500 million” planets in habitable zones in the Milky Way. Continue reading for more. 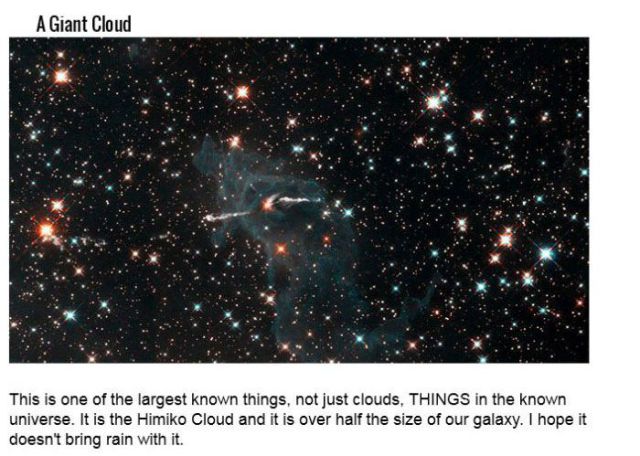 Himiko is a large gas cloud found at redshift of z=6.6 that predates similar Lyman-alpha blobs. At time of discovery, researchers said it “may represent the most massive object ever discovered in the early universe.” It is 55,000 light years across (half the diameter of our galaxy), and at the time of discovery, said to “hold more than 10 times as much mass as the next largest object found in the early universe, or roughly the equivalent mass of 40 billion suns.” 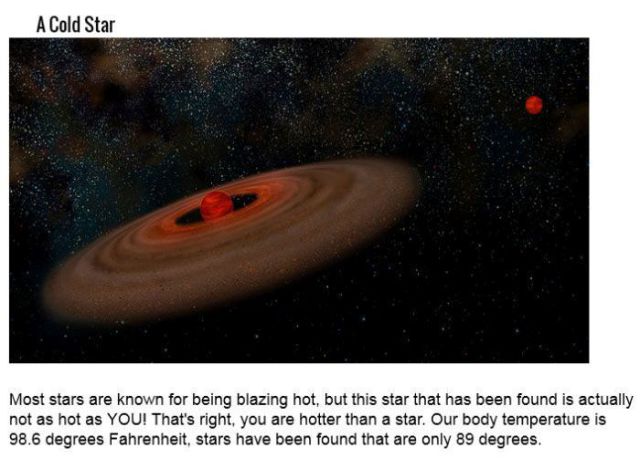 Stars are most commonly known as massive, burning balls of fire much like our sun, but there are stars out there in space which you could actually stand on and not be burnt to a crisp. NASA has discovered a chilld out Y dwarf that holds the new record for the coolest star at just 80 degree Fahrenheit. This new cold star record holder put out just enough infrared light to be spotted by NASA’s Wide-field Infrared Survey Explorer (WISE) satellite, and is an order of magnitude cooler than any before it. 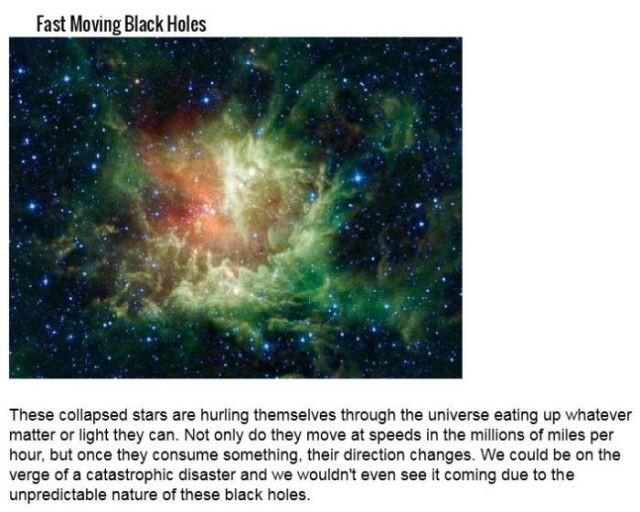 A binary black hole is two black holes in close orbit around each other. Although only a theoretical idea, they are important in astrophysics in that they would be the strongest known gravitational wave source in the universe. As the orbiting black holes give off these waves, the orbit decays, and the orbital period decreases. This stage is called binary black hole inspiral. The black holes will merge once they are close enough. Once merged, the single hole goes through a stage called ring-down, where any distortion in the shape is dissipated as more gravitational waves. 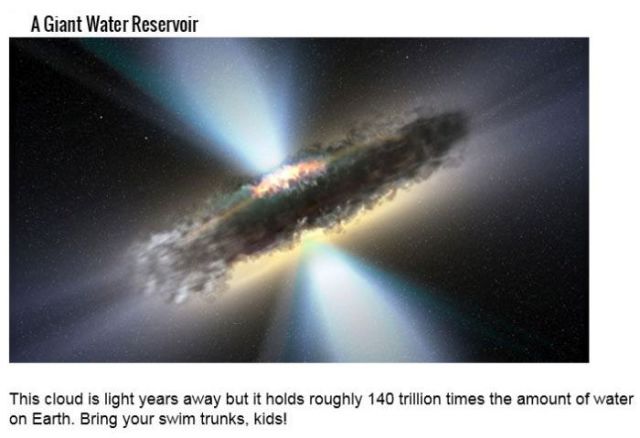 Two teams of astronomers lead by scientists at the California Institute of Technology (Caltech), have discovered the largest and farthest reservoir of water ever detected in the universe. Located 30 billion trillion miles away into a quasar – one of the brightest and most violent objects in the cosmos, researchers found a mass of water vapor that’s at least 140 trillion times that of all the water in the world’s oceans combined, and 100,000 times more massive than the sun. 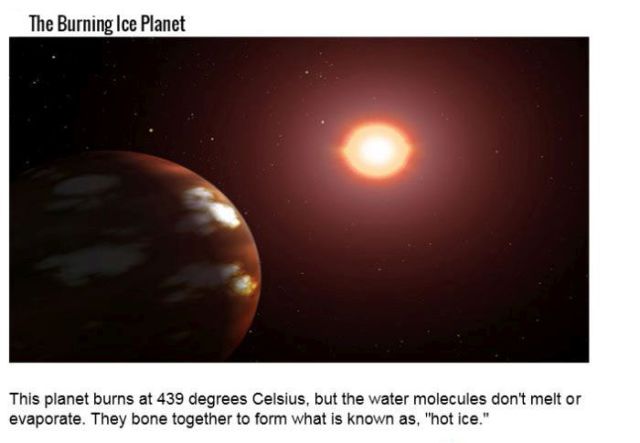 Gliese 436 b’s surface temperature is estimated from measurements taken as it passes behind the star to be 712 K (439 °C). This temperature is significantly higher than would be expected if the planet were only heated by radiation from its star. Its main constituent was initially predicted to be hot “ice” in various exotic high-pressure forms, which remains solid because of the planet’s gravity despite the high temperatures.

Geeky Conversation Shows Why Amazon Customer Service is the Best