Nintendo’s Wii U may currently be the hottest video game console on the market, but there are still some fans that find ways to make use of one of their most famous accessories: the classic NES controller. Whether it be a memory card reader, MP3 player, or wireless doorbell, these modders have found ways to make them work inside an NES controller. Continue reading to see more. 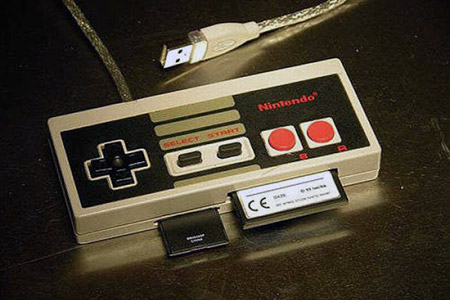 A memory card reader may not sound exciting, but whip this NES controller out and geeks everywhere will be amazed. To make your own, simply gut an existing controller, cut out slots for the memory cards, and install a mini card reader inside. 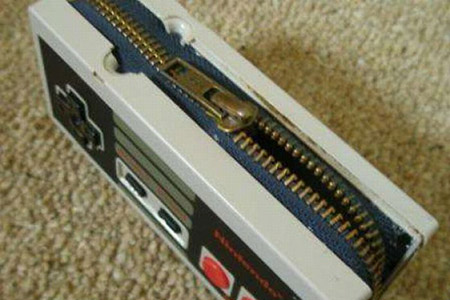 Transforming an NES controller into a wallet is definitely a bit more time consuming, as it will require you to find a working zipper, slicing the device in half, and then super gluing everything back together. 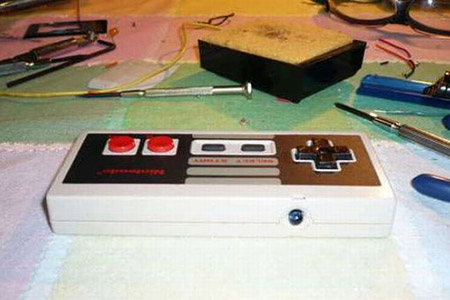 Sutton Concepts manage to transform a broken NES controller into a fully-functional television remote. According to the creator, the “Power button turns on the TV, Select is Video Input, A & B control volume, and Up & Down on the D-pad works the channels. The flip side of the controller also has a 0-9 number pad and the universal remote program button.” 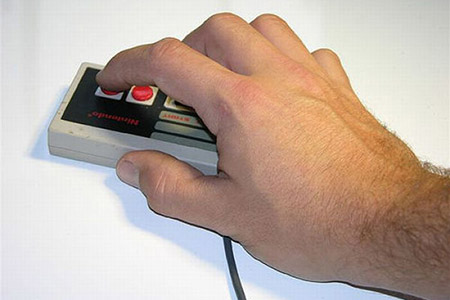 Similar to the memory card reader, you’ll have to gut an old controller *and* a computer mouse. Next, you’ll have to map the mouse buttons to the NES controller, so you’re able to right / left click with the A / B buttons, and so forth. 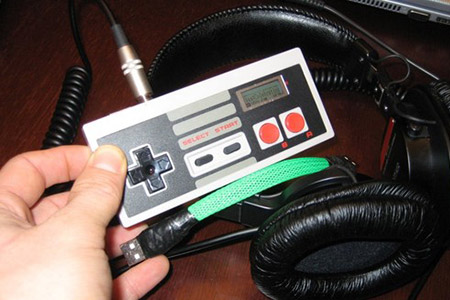 Thanks to the size of MP3 players today, you’re able to cram the internals of just about any model on the market into a broken NES controller, provided that you have the proper tools and skills. Above, we have two examples.

The problem with Apple’s new Lightning Connector is that most docks aren’t compatible with all of their new devices, like the iPad Mini, iPad 4, and iPhone 5. One way around that is to build your own dock, like this guy.

Here’s something you definitely don’t see everyday, an NES controller that was retrofitted with a wireless doorbell module and fixed upon a door jamb. Put simply, it acts as a regular doorbell.

What Really Happens When You Dip Your Hand Into Carbon Fiber