The International Space Station (ISS) is basically a habitable artificial satellite in low Earth orbit. It follows the Salyut, Almaz, Skylab and Mir stations as the ninth space station to be inhabited. The ISS is a modular structure whose first component was launched in 1998. Continue reading for more. 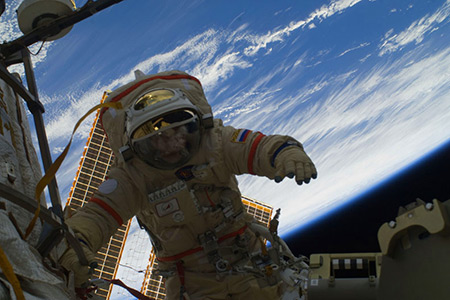 The station has been continuously occupied for 12 years and 172 days, having exceeded the previous record of almost 10 years (or 3,634 days) held by Mir, in 2010. The station is serviced by Soyuz spacecraft, Progress spacecraft, the Automated Transfer Vehicle, the H-II Transfer Vehicle, and the Dragon spacecraft. It has been visited by astronauts and cosmonauts from 15 different nations. 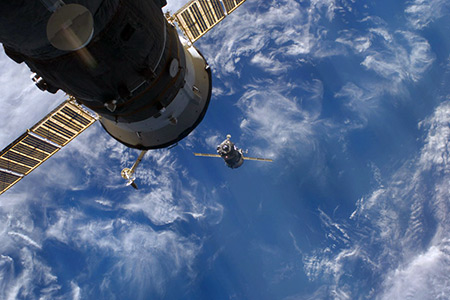 The ISS programme is a joint project among five participating space agencies: NASA, the Russian Federal Space Agency, JAXA, ESA, and CSA. The ownership and use of the space station is established by intergovernmental treaties and agreements. The station is divided into two sections, the Russian orbital segment (ROS) and the United States orbital segment (USOS), which is shared by many nations. 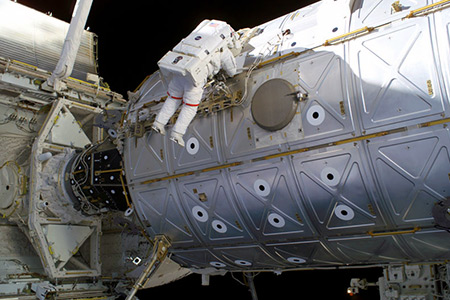 The ISS follows Salyut and Almaz series, Cosmos 557, Skylab, and Mir as the 11th space station launched, as the Genesis prototypes were never intended to be manned. The ISS is a third generation modular space station. 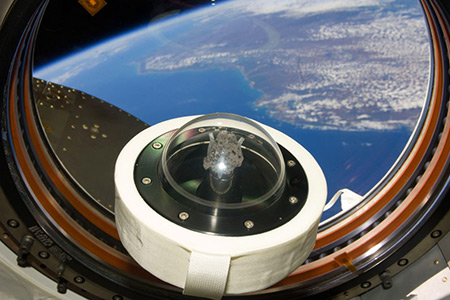 Most of the food on board is vacuum sealed in plastic bags. Cans are too heavy and expensive to transport, so there are not as many. The preserved food is generally not held in high regard by the crew, and when combined with the reduced sense of taste in a microgravity environment, a great deal of effort is made to make the food more palatable.

3. There is No Shower 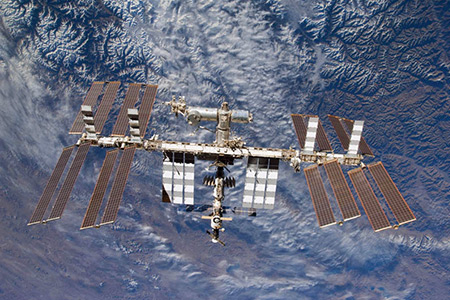 The ISS does not feature a shower; instead, crewmembers wash using a water jet and wet wipes, with soap dispensed from a toothpaste tube-like container. Crews are also provided with rinseless shampoo and edible toothpaste to save water.

Double-sided solar, or Photovoltaic arrays, provide electrical power for the ISS. These bifacial cells are more efficient and operate at a lower temperature than single-sided cells commonly used on Earth, by collecting sunlight on one side and light reflected off the Earth on the other.

The ISS is equipped with approximately 100 IBM and Lenovo ThinkPad model A31 and T61P laptop computers. Each computer is a commercial off-the-shelf purchase which is then modified for safety and operation including updates to connectors, cooling and power to accommodate the station’s 28V DC power system and weightless environment.

Shoot the Lights Out with This Innovative Gadget