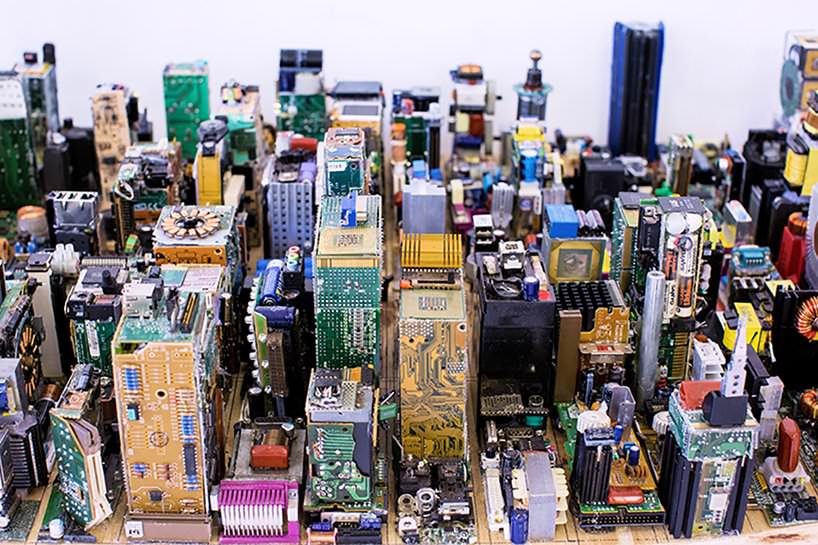 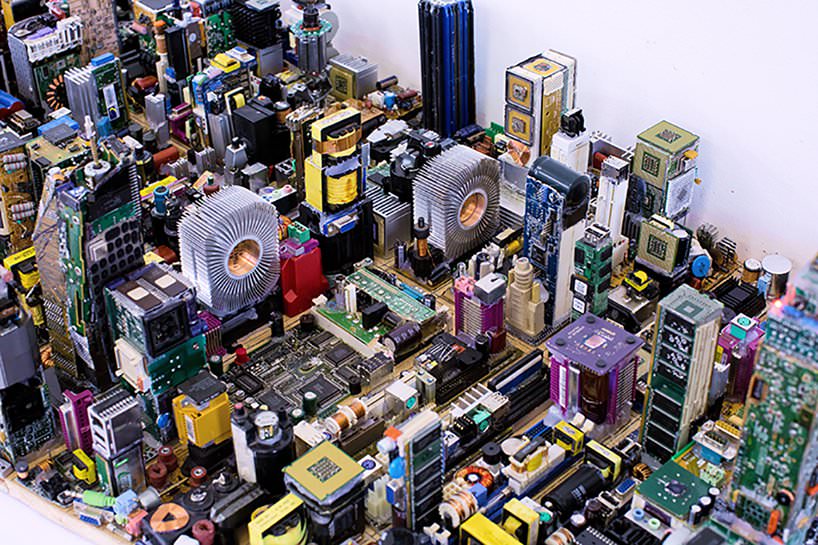 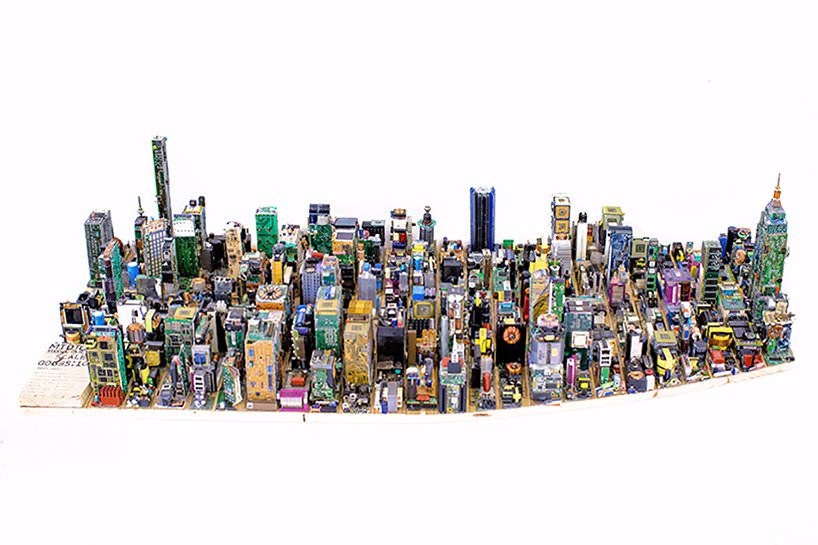 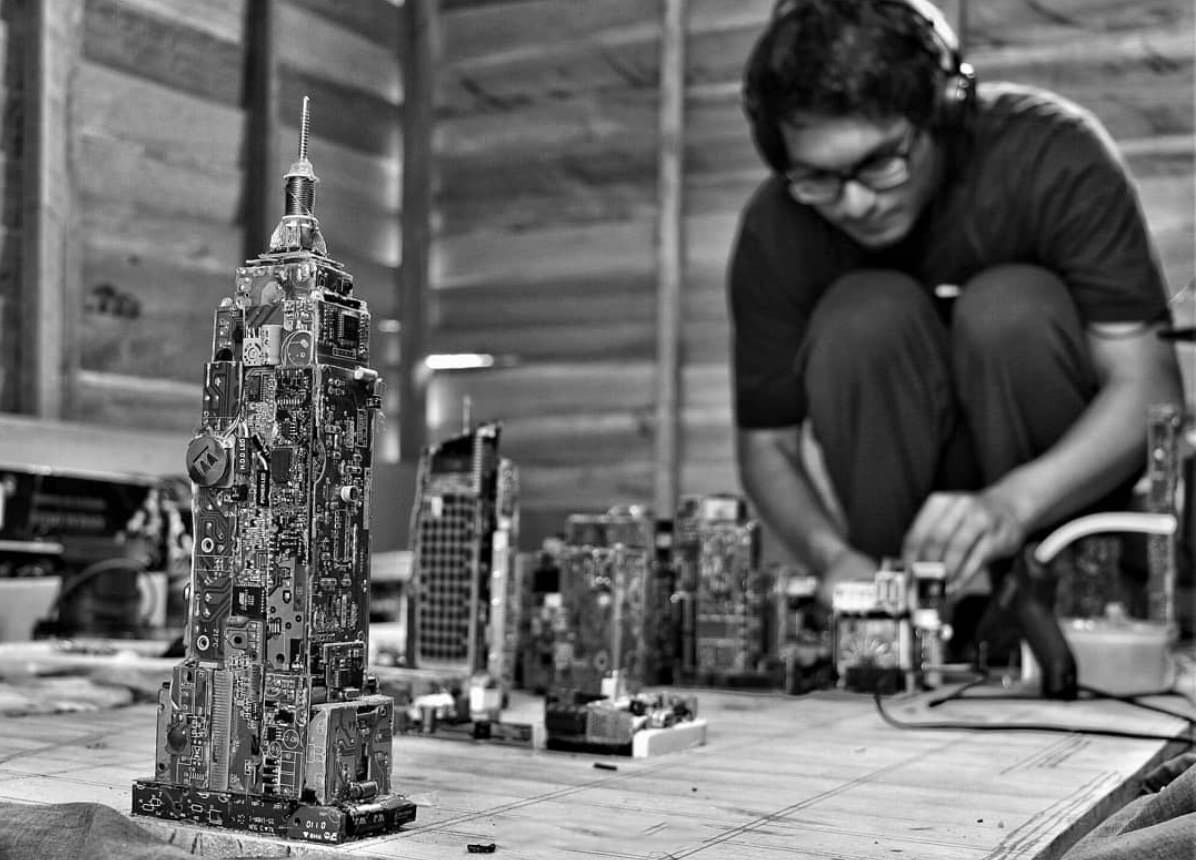 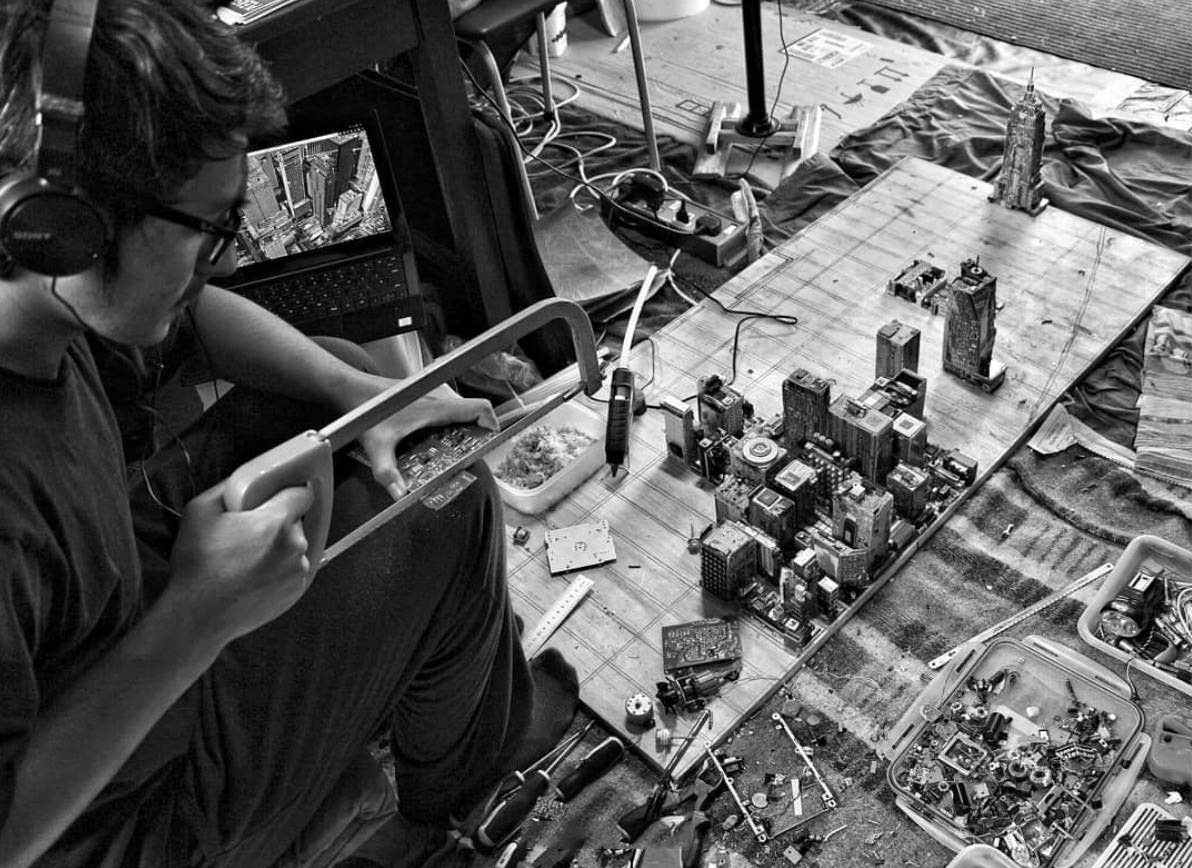 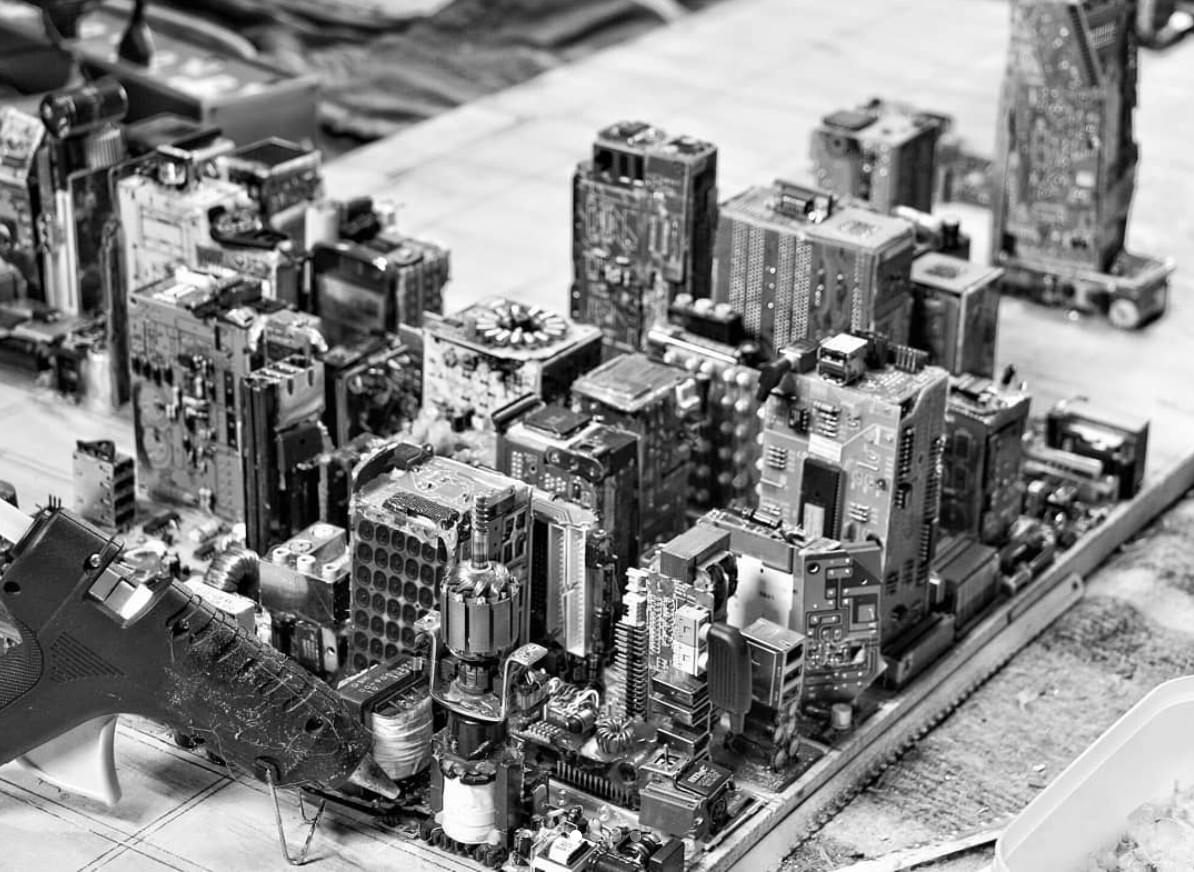 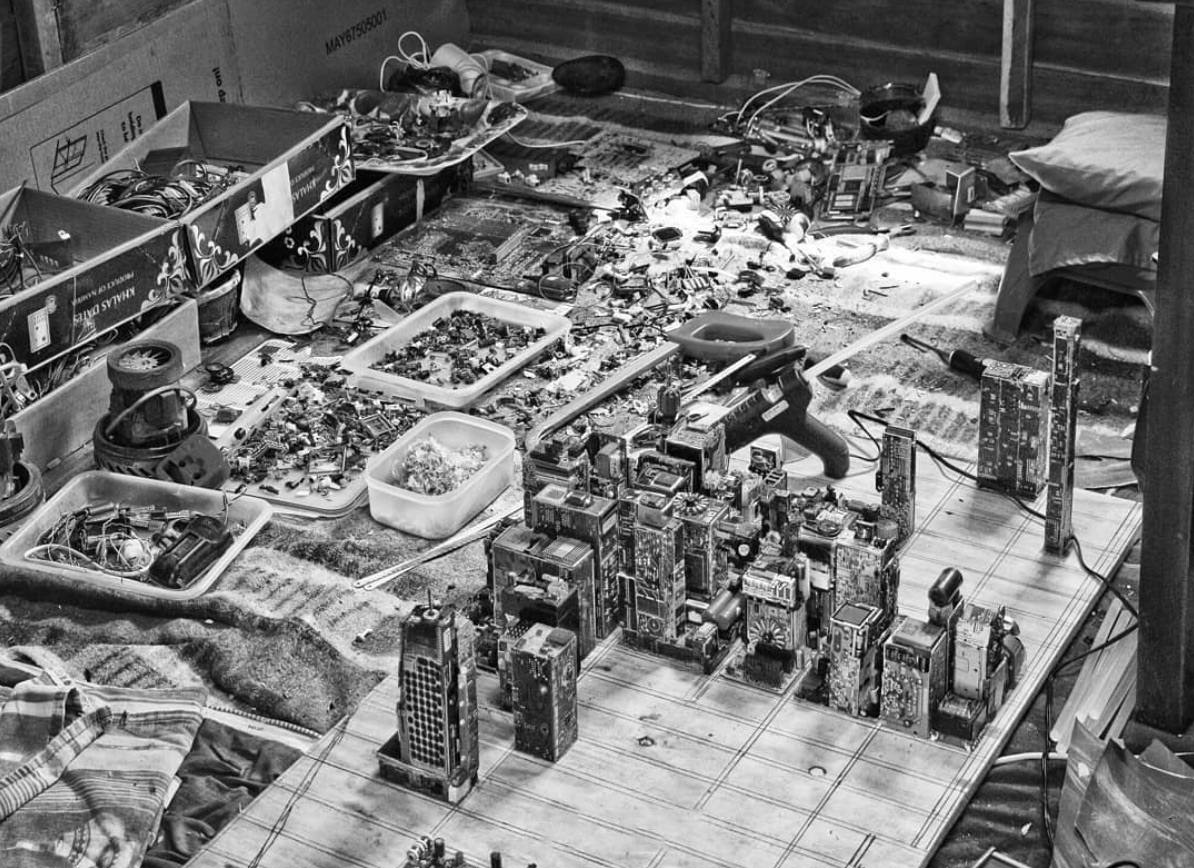 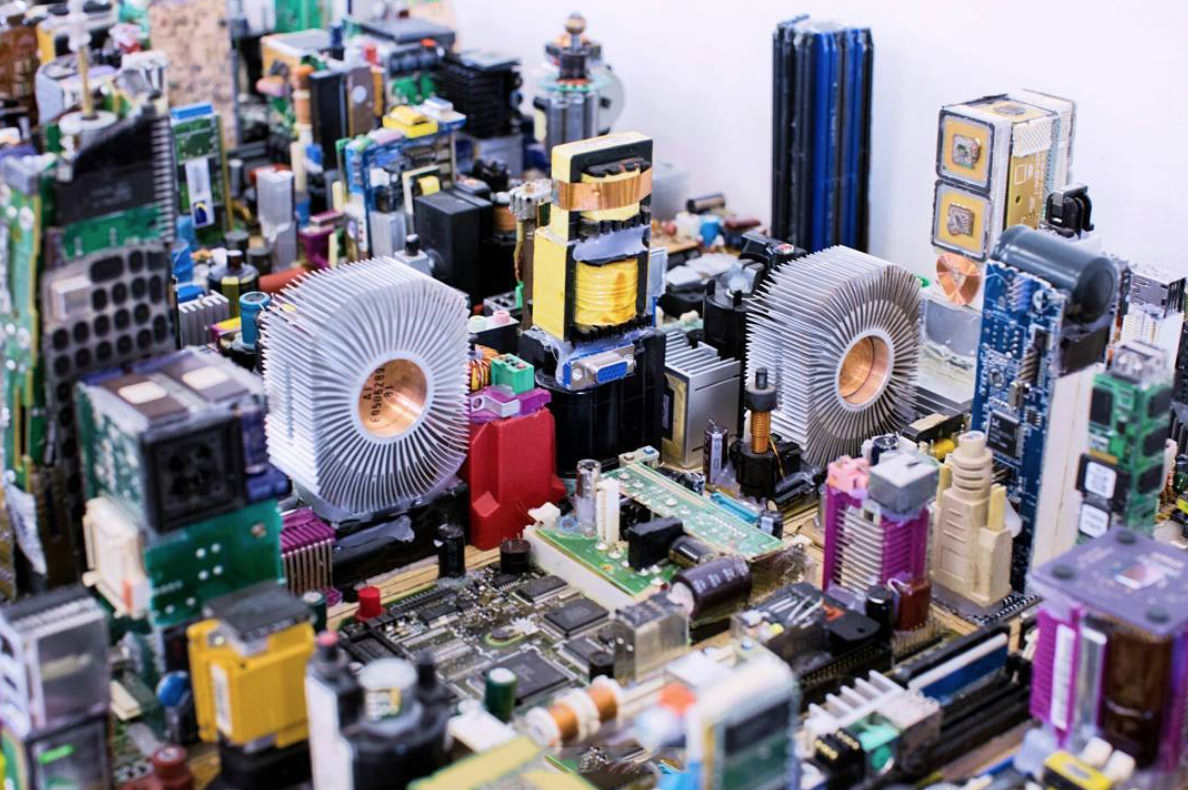 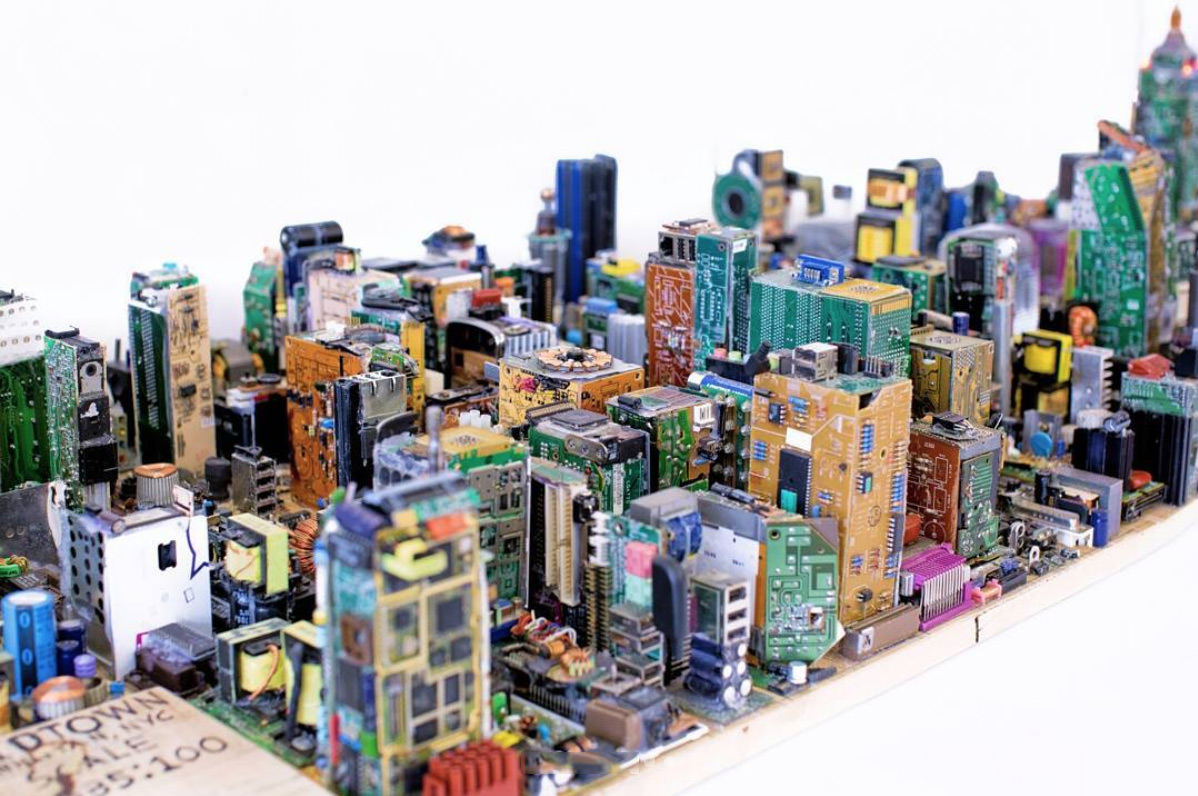 “With such an abundance of electronics used, it would have been a pity if none of it worked, so the young Zimbabwean made sure to have the Empire State Building light up with the help of 4 LEDs. Zayd refers to his art as ‘recyclism’ and describes it as ‘exploring how man-made junk can be used to make art,'” according to Oddity Central.