Astronomers have discovered a new planet with three suns, KELT-4Ab, one in which they call a “hot Jupiter”, or a huge gas planet that orbits closer to its parent planet than Mercury does to our Sun. The KELT-4 system itself is located only 680 light-years away, enabling researchers to probe the system further for potential answers as to why it does exist. The ESA’s Gaia satellite will also study the system and measure the orbiting paths of the three suns, providing insight into how KELT-BC could have interacted with KELT-4Ab to propel it closer to the parent star. Continue reading for one more picture and additional information. 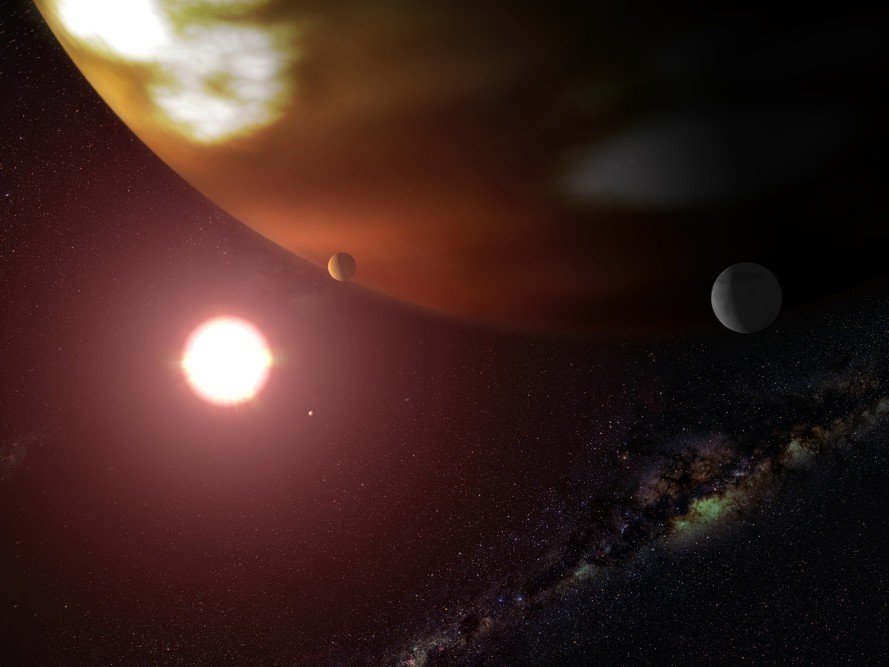 “Hot Jupiters have baffled astronomers for some time now. The planets formed far away from their parent suns, as our Jupiter did, but then they migrated much closer to their parent suns. Before we were able to observe other solar systems, scientists posited that all large gas giants formed and stayed in place as Jupiter did. The presence of hot Jupiters shatters that theory,” reports Inhabitat.

Dragon Touch X10 10″ Octa-Core Tablet is Perfect for Everyday Use, Get One for Under $120 Shipped – Today Only