Approximately 80-light-years from Earth sits the orphaned planet, known as PSO J318.5-22. It has six times the mass of Jupiter and according to the IfA’s Dr. Michael Liu, “We have never before seen an object free-floating in space that that looks like this. It has all the characteristics of young planets found around other stars, but it is drifting out there all alone.” Continue reading for more pictures and information. 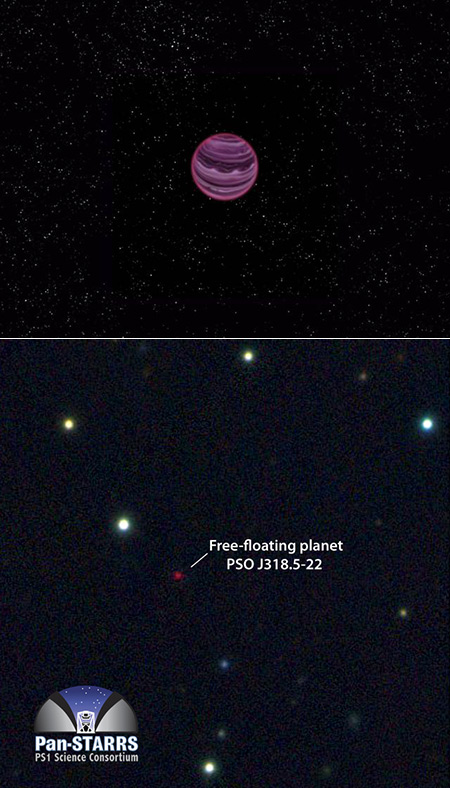 PSO J318.5-22 was discovered during a search for brown dwarfs, or failed stars. The orphaned planet’s heat signature stood out when observed by astronomers using the Pan-STARRS 1 wide-field survey telescope on Haleakala, Maui.

During follow-up observations, the team determined that PSO J318.5-22 likely belongs to the Beta Pictoris moving group of stars that formed about 12 million years ago.

18 Funny and Geeky (Yet Real) Things Kids Have Said, Written