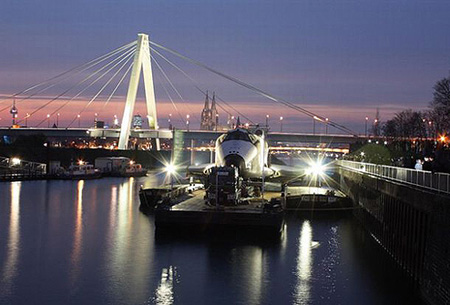 Here’s a rare look at the Buran space shuttle being transported along the Rhine “where it will eventually come to rest at the Technik Museum Speyer in Mannheim, Germany.” Video after the break. Click here for first picture in gallery.

The great shuttle took to the skies only once during an unmanned test flight, but two decades later, the modern relic has gone the way of a crushed Buzz Lightyear�it’s realized it can’t fly, but at least it can put on one hell of an exhibition