The Canon Retro Cinema EOS100 by industrial designers Maxim Mezentsev and Aleksandr Suhih looks like an old Super 8 camera at first, but inside, you’ll find modern technology. For those unfamiliar with the term, Super 8mm film cameras were first manufactured in 1965 by Kodak for their newly introduced amateur film format, which replaced the Standard 8 mm, with their first camera being the M2. During the late 1960s, cameras were only formatted to film at 18 frames per second, but as technology improved, speeds such as 24 frame/s (the motion-picture standard) and faster speeds (for slow-motion filming) were incorporated into camera mechanics. Continue reading for another picture and more information. 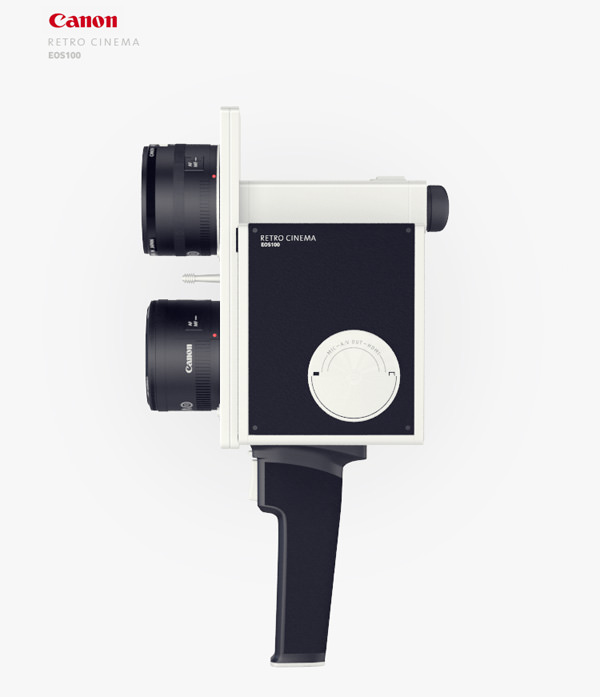 Super 8mm film cameras do not actually need to use Kodak-made film, but are compatible with stock from Fujifilm and independents (in the form of re-packaged film). The only notable difference is the cartridge used to insert them into the camera. All lengths of film sold are of 50 ft lengths. However, Kodak did produce 200 ft and sound cartridges, but these have since been discontinued.

Spot, the Robot Dog That Can Run, Jump and Open Doors, Appears at Construction Sites

Cary42 May Appear to be a Wooden Briefcase, But Open It Up? It’s a 2-Player Arcade Machine