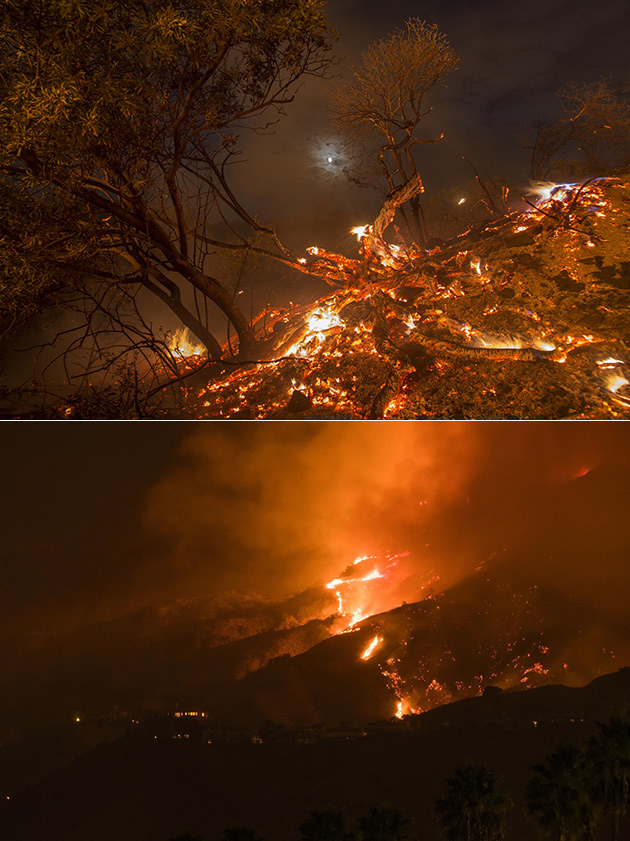 Los Angeles is currently battling several wildfires right now, and drivers have captured apocalyptic footage of their destruction. The La Tuna fire started Friday in Burbank, on the northern edge of Los Angeles, and has burned more than 7,000 acres. Firefighters in Southern California began battling a new wildfire yesterday that engulfed an area near the Getty Center and the Skirball Cultural Center. The smoke can even be seen from space, as the International Space Station shared photos of the fires on Twitter Wednesday. Continue reading for more footage and information.

“Los Angeles Mayor Eric Garcetti said the Skirball fire has damaged 11 structures and destroyed at least six structures in the area, all residences, so far. Garcetti has declared a local state of emergency in response to the Skirball fire, which had burned at least 150 acres in Bel Air by Wednesday afternoon, his office said in a press release,” reports Yahoo News.