Linux can be used on much more than just a computer, as these five gadgets will prove. Which one is your favorite? Discuss here.

The OLPC boasts a 500mhz Processor, Linux OS, 1GB Memory, and a Two-Mode Display (Color and B&W). It’s powered by AC or handcrank — users get approximatley 10 minutes of use with 1 minute of cranking. [Source]

That’s right, Lee Holmes has created a “Ubuntu Linux controlled DIY cat feeder and water dispenser.” Basically, Lee uses his “JasJar PDA phone to SSH into the box, and feed[s] the cats on demand just by running the script.”

The computer runs Ubuntu Linux, so a crontab entry controls the scheduling. The script calls eject /mnt/cdrom to open the CD Rom, delays, and eject –t /mnt/cdrom to close it again 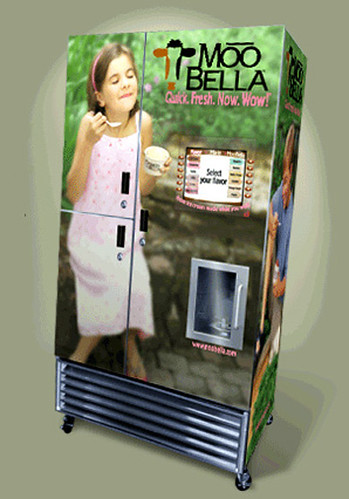 The Moobella doesn’t impress with its looks, but it’s a robotic ice cream vending machine that delivers “right on the spot” ice cream when you want. Choose from twelve different ice cream flavors and throw in three mix-ins which include M&M’s, chocolate chips, peanut butter cups, and more. This machine is Linux-powered and has “distributed management”.

“Every consumer can become a Ben, or a Jerry,” the CEO says