Though some of these ideas may seem far fetched, it may not be too long until we actually see jet-powered, armored, or dual-touchscreen laptops.

Someone acquired these tapes from an “acquaintance” — showing test footage from Lenovo’s research facility. They include a holographic, armored, and hovering laptop. Fun to watch, but purely concepts, nice job Lenovo.

“When my acquaintance watched the tapes back, he found some footage that he just had to get it out into the public domain. I’ve watched the material myself and I’ve got to agree with him – it’s pretty amazing stuff.”

That’s right, according to MIT’s Department of Aeronautics and Astronautics, future laptops could be powered by mini gas turbine engines that are “no larger than a quarter — delivering five to ten times the endurance of a similarly sized battery pack.”

Espstein and his team are building the first engine using a sandwich of six silicon wafers that are bonded together at an atomic level, and plan to power it with liquid butane, the same stuff used in cigarette lighters, to avoid having the thing smell like an airport runway 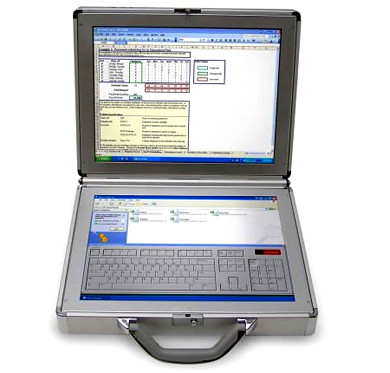 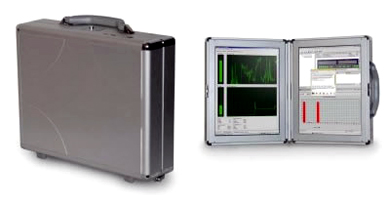 The Estari DC15 is the world’s first dual-touchscreen notebook, keyboard not included. It features an Intel Core Duo (1.83-GHz) processor, 2GB RAM, up to 100GB HDD, and dual 15-inch touchscreen displays. No word yet on pricing and availability.

The company has installed virtual keyboard software and users can even use wireless keyboards (or USB ones) if they feel uncomfortable with the concept. One drawback of this model is that it weighs a whole 5.9kg