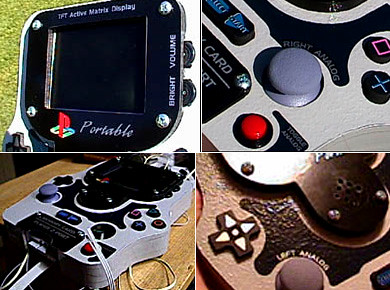 Ben Heck has built some awesome gaming systems over the years, and it only serves us right to showcase five of the best. 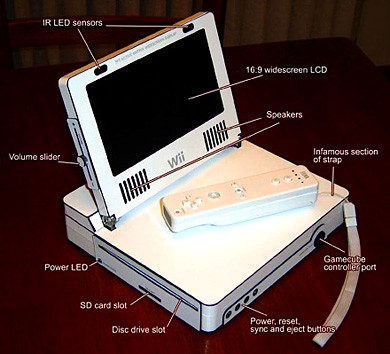 Ben Heck: “It’s the Wii laptop! We spent the last few weeks (including much time spent over the holidays evading relatives) slaving over this bad boy and finally it’s complete.”

Ben Heck has just unveiled an updated version of his Atari 800 XE laptop. It sports a “new case, a cleaner keyboard (with round keys!), and a breakout cartridge case.”

We particularly admire the Atari logo on the top, and Ben’s usual attention to detail and a clean, efficient, design. Still, we can’t wait for the day that Ben’s talents get noticed by Apple, Dell, or another big-name laptop maker, so that more of the masses can be showered with his talent

In the end the project cost about $400 to create, half of that just for the screen. The buttons were all custom routed by me, except the original analog control knobs and the red “Toggle Analog” button, which was from Radio Shack

A friend of mine asked back in May “Can you build an Xbox 360 laptop?” And I responded “Sure, can you pay for it?” He agreed, and thus I set forth on what was surely to be my most complex and insanely ridiculous videogame project yet 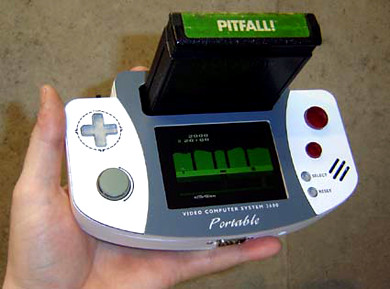 In honor of the sevenyeariversary of console modding he created a new revision to his Atari-playing VCSp portable, but it is a bit different this time around because you can actually buy it! Ben will be creating between 20 and 30 of these devices and selling them for around $300 each

Ben Heckendorn presents the SNES Portable. He gutted an SNES system, removed the circuit board, attached a controller, hooked everything up to a 2.5″ LCD screen, and than crammed everything into the custom made case. The SNESp is powered by a standard Sony Camcorder Battery. Who needs a PSP when you can play Super Mario World, Super Metroid, and Super Mario Kart on the go.

Another day, another amazing Benjamin J. Heckendorn console mod. This time, Ben has churned out the Mark VII Atari 2600 (aka Atari VCSp Revision 7) portable with a cool clamshell design

Ben Heck shows off his latest creation, the nPod v.2. This updated version uses a different “NES on a chip motherboard” and is smaller then the original nPod.

It has an easy-to-use sliding battery pack (4 AA’s that last a long time) and clean, simple styling. And lo and behold it has a headphone jack! Customization would also be possible, such as all the gray parts could be a different color, for instance. The rear of the unit. When finished they’ll be a cushion strip at the bottom for your fingers

Yes, this will play all your old school Colecovision games like “Donkey Kong”, “Galaxian”, and “Zaxxon” in all their 16 color glory. Ben Heckendorn, creator of the NES Micro, made a custom case, tore apart an old Colecovision system, designed his own controller, and put it all together into the sleek package you see above. It features A/V outputs, an auxiliary power input, and a reflective black vinyl case with brushed aluminum accents. Unfortunately, this one-of-a-kind system was built by request and has already been sold. [Source]