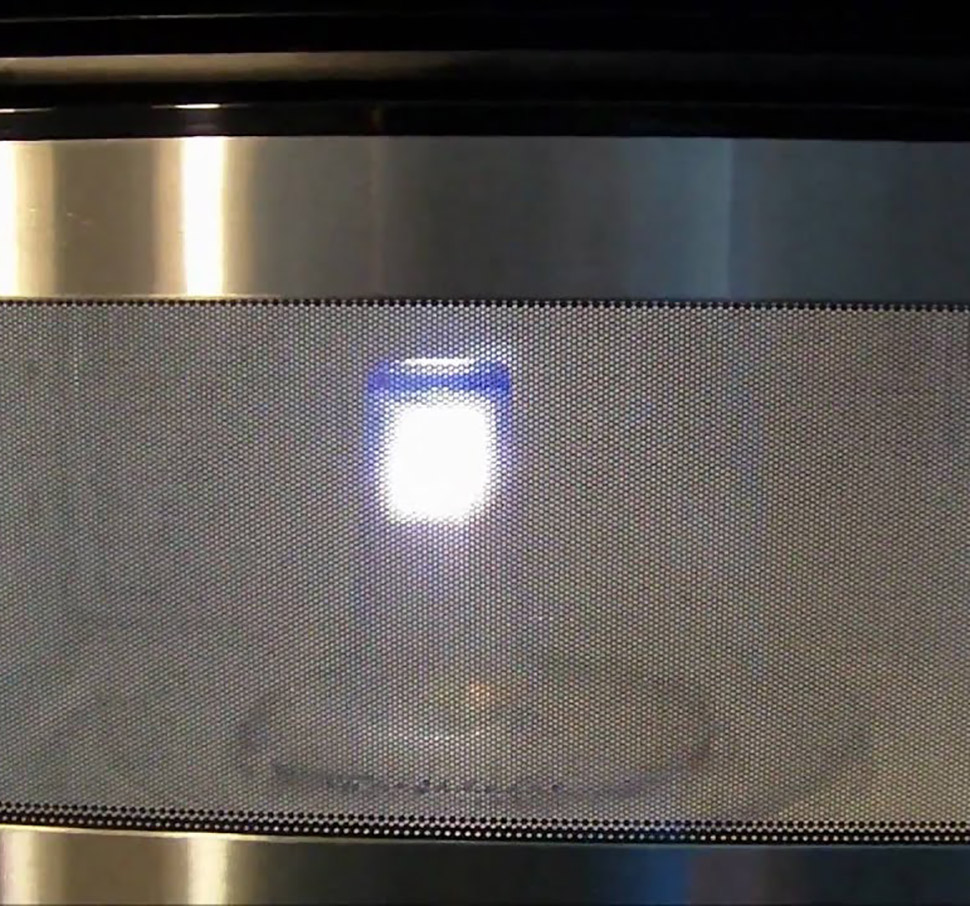 Always wanted to make plasma at home? You can with just a grape, knife, and a microwave oven that you don’t mind potentially ruining. Simply cut a single grape nearly in half, leaving a bit of skin connecting the halves, then microwave it by itself, and after a few seconds, you’ll be able to view a bright fireball-like plume of plasma, or to be more scientific, a stream of charged particles called ions that leap from one half to the other, then rise upward. Read more for another video explaining why this happens.

Microwaves usually cook food by sending microwave radiation through it, which rouses the water molecules, causing them to vibrate and generate heat. In this experiment, there’s not enough food in the oven to absorb these microwaves, so they become very concentrated in the grape tissue, enough that they tear some of the molecules apart, generating charged ions – there are ions already present in the grapes (electrolytes). Due to the shape of grapes and the frequency of the concentrated microwaves, an electromagnetic field forms, causing these ions to flow from one grape half to the other. They first pass through the flap of skin, but then leap through the air, causing some of the surrounding air to ionize as well, producing the plasma.