John Deere has teamed up with PING to create the world’s largest answer golf putter, or to be more specific, a half-excavator, half-putter that can actually hit putts. The project all bega with Tony Serrano, Senior Design Engineer at Ping, who used CAD (computer aided drafting) to design the putter head, which was originally the traditional size of a putter, but John Deere later blew it up to scale. Next, the putter head was meticulously adorned with the iconic features of Ping’s famous Anser putters, with John Deere tractor-inspired designs inter-weaved throughout. Read more for two additional videos, pictures and information. 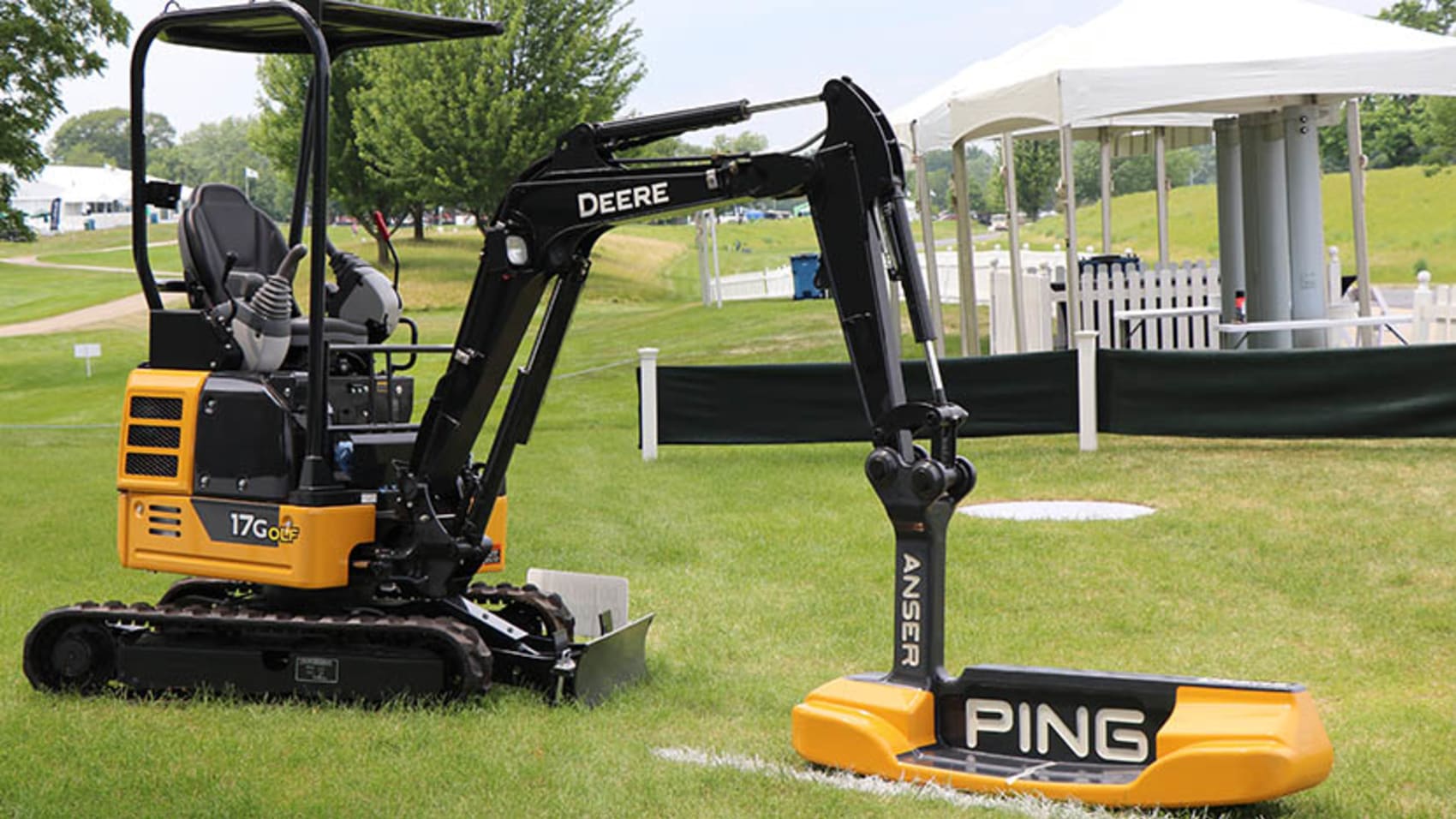 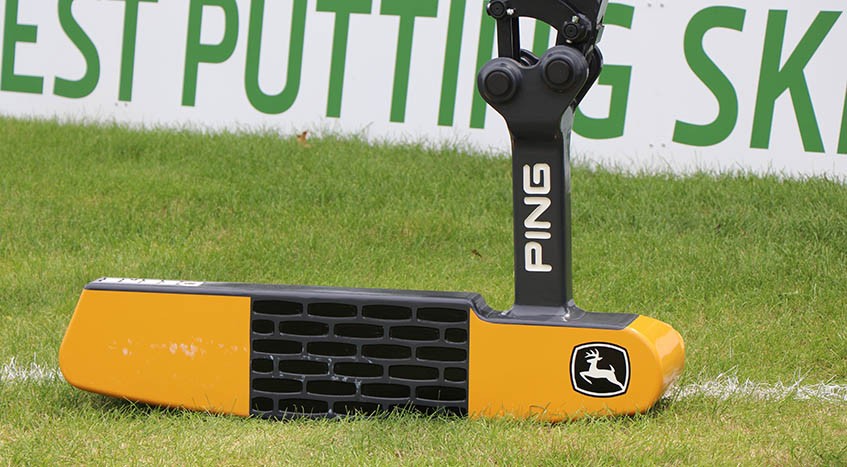 To make the putter head, John Deere had to first create a mold for the it before pouring aluminum to make the Anser-inspired creation a reality. After it was all said and done, the putter head weighed in at a hefty 325 pounds, measured 61.25 inches heel to toe, and is 13.25 inches tall. Yes, this Anser can actually hit putts using golf balls that have been created to scale. It’s currently on display near the entrance of the John Deere Classic where tournament-goers can try their hand at putting a massive golf ball into the giant golf hole.