Photo credit: Julian Checkley via Kotaku
Homemade Batman suits are nothing special, but this one by Julian Checkley most certainly stands out as one of the coolest we’ve ever come across. Everything on this 7-foot-tall suit was sculpted, molded and cast in various grades of urethane rubber and it weighs in at a hefty 150 pounds. Unfortunately (or fortunately), there are no working weapons or gizmos on the suit. Read more for additional pictures. 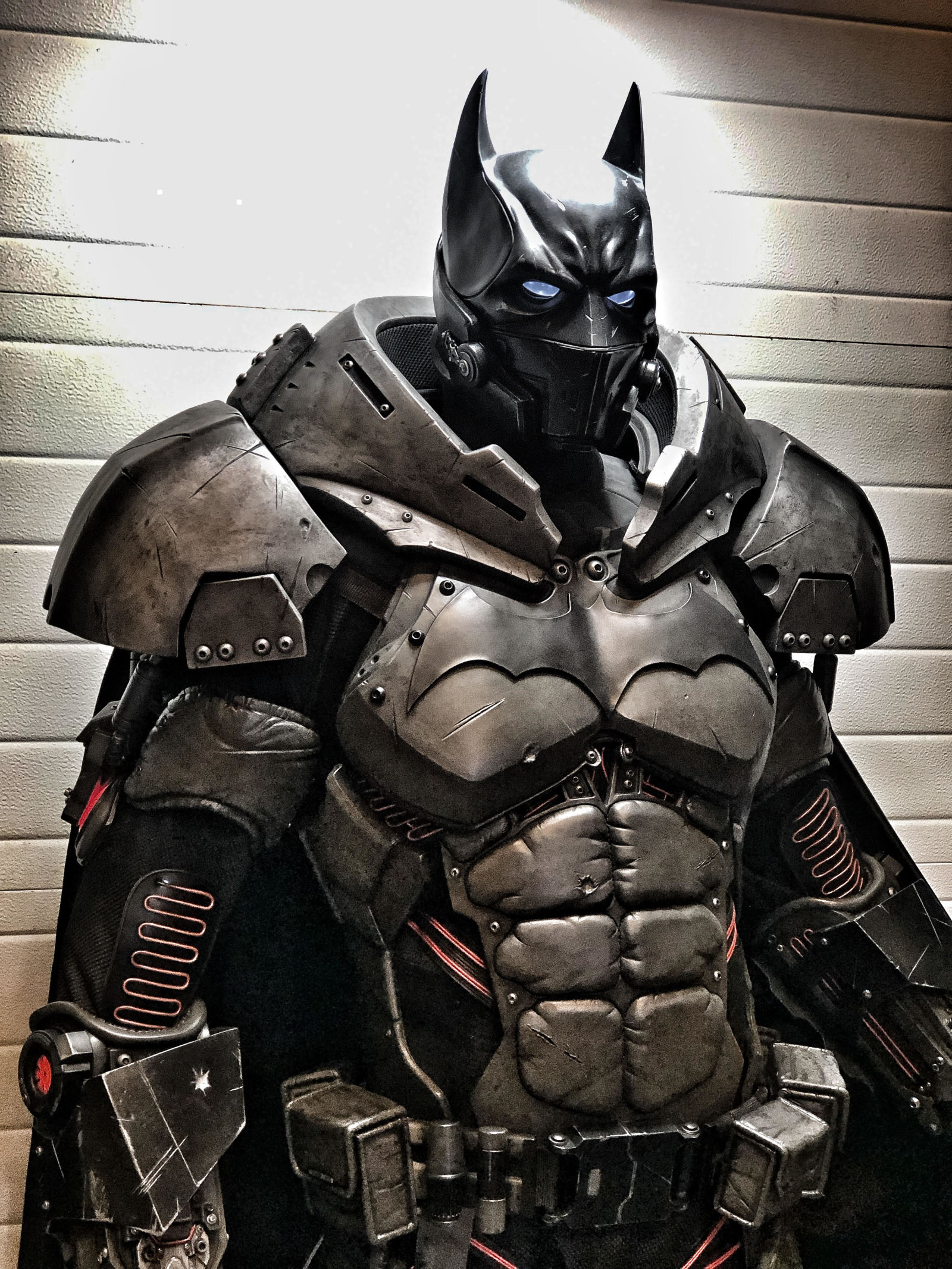 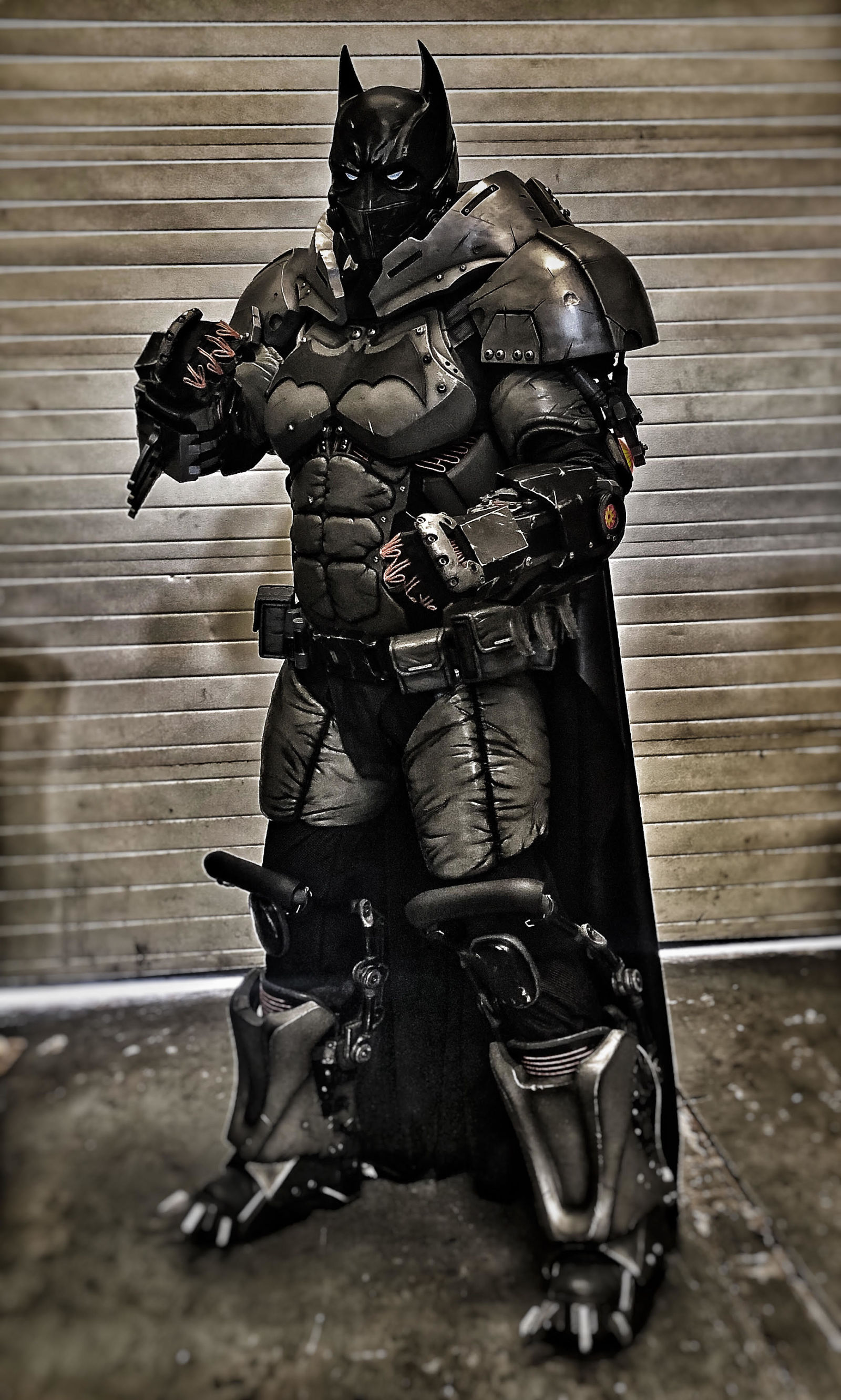 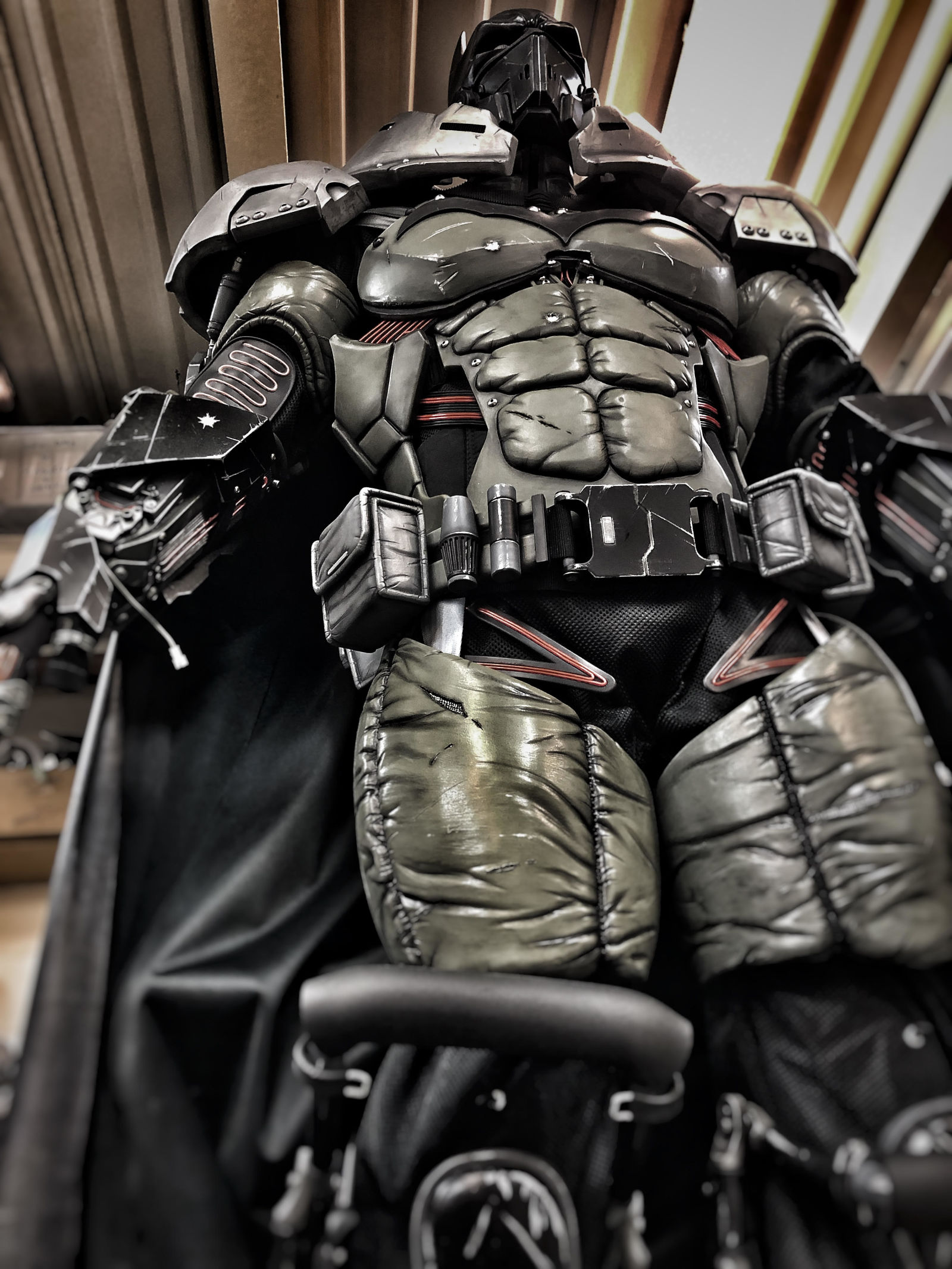 Does this suit look familiar? If so, it’s based on the XE Suit from Batman Arkham Origins’ DLC A Cold Heart, which has extra armor to withstand Mr. Freeze’s attack on Gotham. Other features include: semi-active boot arms in to allow Julian to move around in the exoskeleton suit. While there aren’t any weapons, tiny fog machines spew little puffs to simulate the heating effects of the game’s suit.