The Sony PlayStation 5 conceptualization process began back in 2015, and one of the team’s key members was video game designer Mark Cerny. Aside from the radical architecture, the interior is a sight to behold, as it was kept as neat and tidy as possible, which means there aren’t any unnecessary components. Lead architect Cerny breaks down each one and tells why they were chosen for the specific tasks. Read more for the video and a bonus.

Previous PlayStation models had slow hard drives, which immensely hindered, so a NVMe SSD with a 5.5 GB/s read speed was chosen for this console. Despite how powerful this hardware is, a special mechanism ensures that it operates as quietly as possible. Why was Ultra-HD Blu-ray chosen as the disc medium? This was due to the fact that they can hold up to 100GGB of data, unlike PlayStation 4 game discs, which usually came on dual-layer standard Blu-ray discs capable of storing up to 50GB. 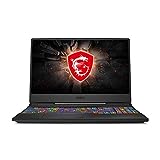 We felt it was inevitable to make a generational leap in terms of performance in order to deliver a new, next-generation gaming experience. However, to do so, we had to balance every aspect of the system, from focusing on reducing the noise level to enhancing the cooling capacity, more than ever before,” said Masayasu Ito EVP, Hardware Engineering and Operation, Sony Interactive Entertainment.