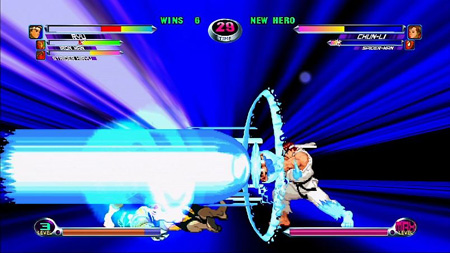 It’s official, Capcom will be releasing Marvel vs. Capcom 2 on both the PlayStation 3 ($15) and Xbox 360 (1200 XBLA points) platforms this summer, with “a new visual filter and online matching modes.” Video after the break. Click here for first picture in gallery.

It features an optional visual filter that smooths out the game’s graphics and new online modes, including Ranked Matches and the Quarter matches, which allows up to four people to watch and chat while two others fight.