The Autozam AZ-1 is basically a mid-engined sports kei (the Japanese legal category for the smallest and most limited power, highway-legal motor vehicles) car that was designed and manufactured by Suzuki, but sold by Mazda under its Autozam brand. It was available in Siberia Blue or Classic Red from October 1992 to 1994, and most noted for its gullwing doors. Power came from the same Suzuki-sourced 657 cc turbocharged engine used by the Mazda Carol that produced 65 hp at 6500 rpm and 63 lb-ft of torque at 4000 rpm. Continue reading for another test drive video, more pictures and information. 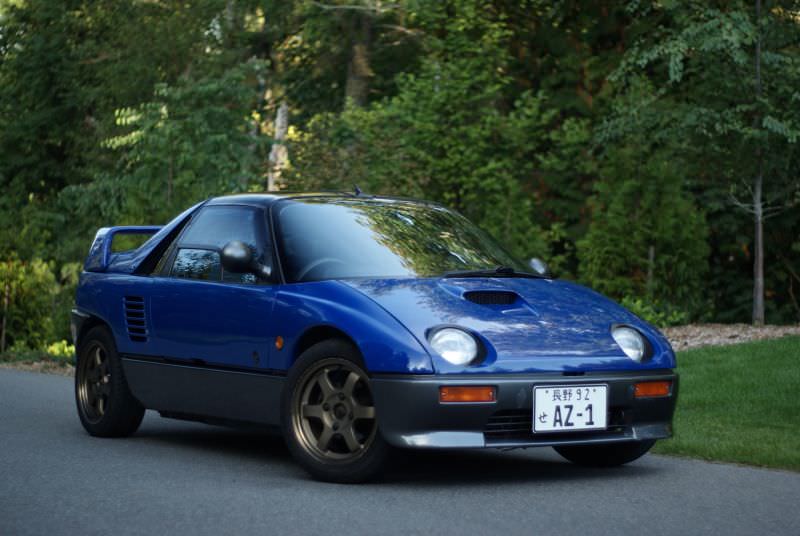 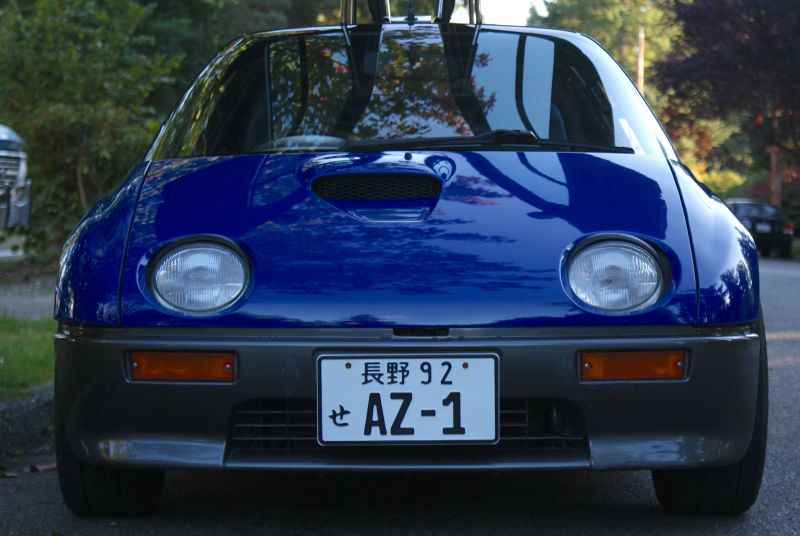 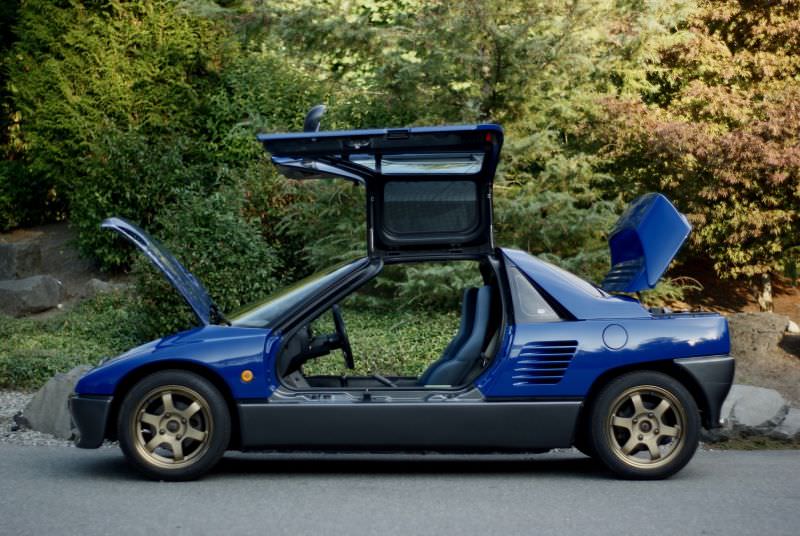 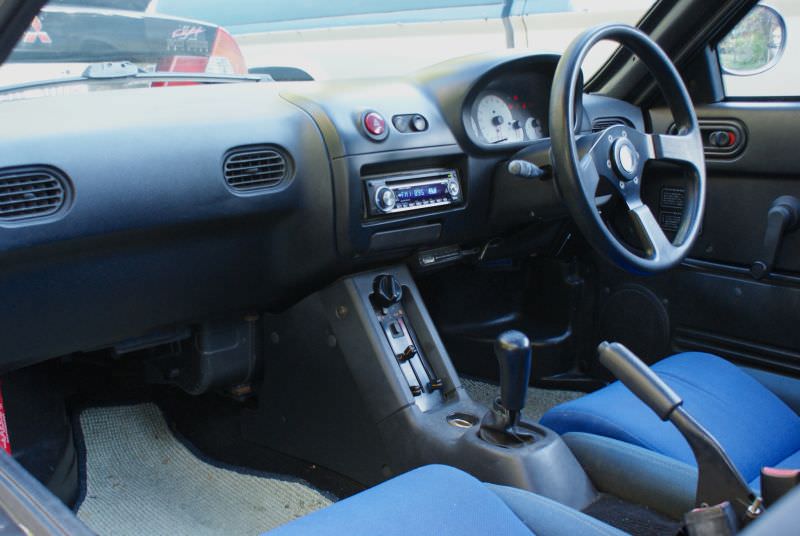 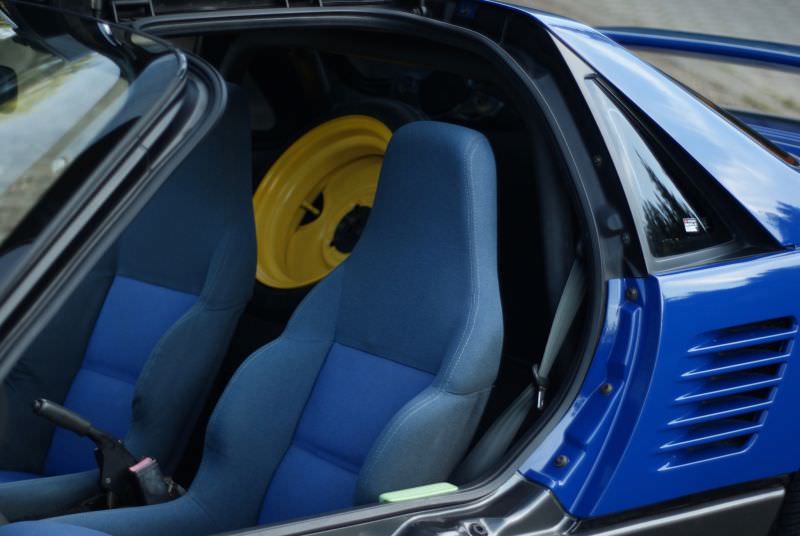 Unfortunately by the time car came into production, the recession in Japan had just come into force. Selling for $12,400 USD, it was slightly less than a Eunos Roadster, but marginally higher than its competitor, the Honda Beat selling. The vehicle was considered to be both too expensive and too cramped for a kei car, failing to sell within its target of 800 per month. With the total production of 4,392 over a year, plus 531 for the Cara version, this makes the AZ-1 the rarest of the kei sports cars.