Photo credit: Windows Central
Project xCloud aims to bring console quality gaming to phones and tqblets, but let’s face it, using a touchscreen controls just won’t cut it, especially for FPS games. Sure, there’s systems like AdaptControl which can adapt to the ‘drift’ typically occurring when using virtual on-screen controls, but touch-based emulation of traditional gaming controls like D-pads, buttons and joysticks aren’t responsive enough. So, Microsoft has been working on prototype Xbox mobile controllers for smartphones that attach to each end. Read more for additional pictures and information. 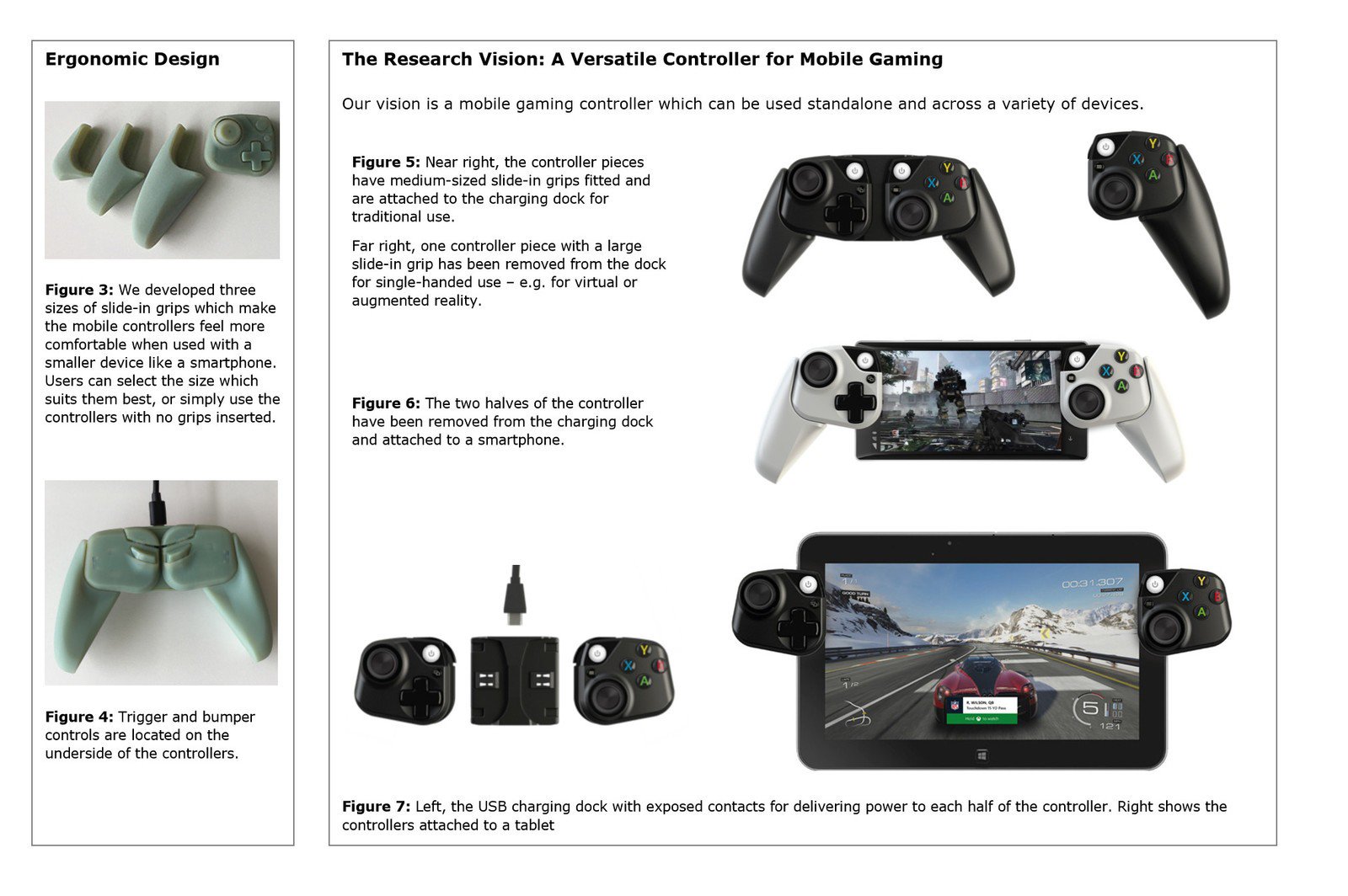 Dedicated mobile gaming devices like the Sony PSP, Nintendo DS / Switch, etc., have overcome the limitations of touch-based emulation controls with physical controls. The prototypes have been made of foam and then were 3D printed, based on conceptual renders, and believe it or not, the earliest examples were made all the way back in 2014. Unfortunately, there’s no word yet on if this accessory will make it into production.