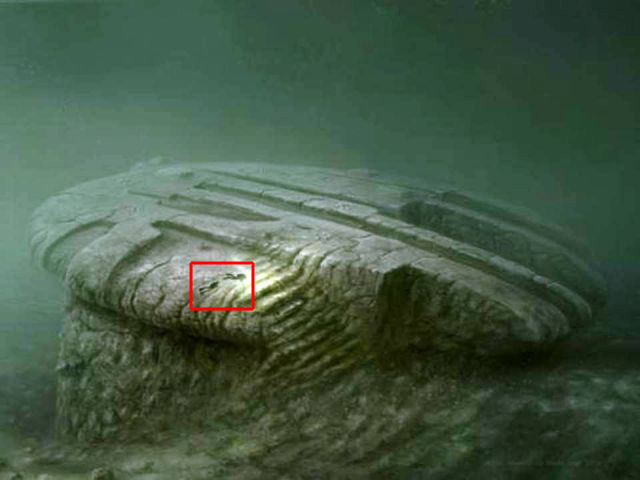 At first glance, the blue formation above may appear to be a crash-landed Millennium Falcon, but a Swedish team of divers recently completed an expedition examining this anomaly. Simply put, the “object is raised about 10 to 13ft above seabed and curved at the sides like a mushroom; it has a 60 meter diameter with an egg-shaped hole leading into it from the top; hole is surrounded by an strange rock formation that expedition team can not explain; stones are covered in something ‘resembling soot’ which has baffled experts.” Continue reading for the news report (Swedish) and more information.

They added that the object has ’rounded sides and rugged edges…first we thought this was only stone, but this is something else,’ diver Peter Lindberg said in a press release. At the center of the object, which has a 60-meter diameter, has an ‘egg shaped hole leading into it from the top’. Surrounding the hole, they found a strange, unexplained rock formation.

Adding fuel to the speculative fire, they said that the rocks looked ‘like small fireplaces’ and the ‘stones were covered in something resembling soot’. ‘Since no volcanic activity has ever been reported in the Baltic Sea the find becomes even stranger,’ Mr Lindberg continued.