NASA has just released a mind-blowing image of a giant solar ‘whip’ on the surface of the sun, captured as a solar flare erupted. According to researchers, it’s yet another sign that the sun is ‘waking up’ as it approaches its 11 year solar maximum. Continue reading for the full image and more information. 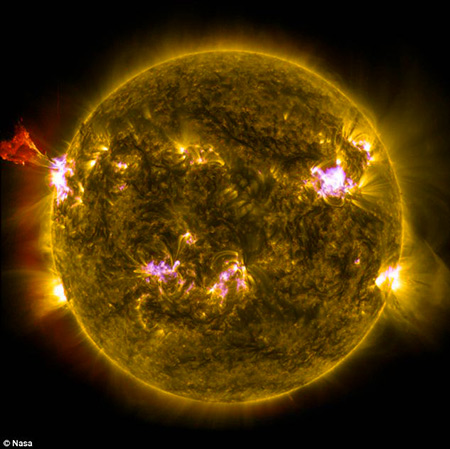 NASA says that: “Increased numbers of flares are quite common at the moment, since the sun’s normal 11-year cycle is ramping up toward solar maximum, which is expected in late 2013. Humans have tracked this solar cycle continuously since it was discovered, and it is normal for there to be many flares a day during the sun’s peak activity.”