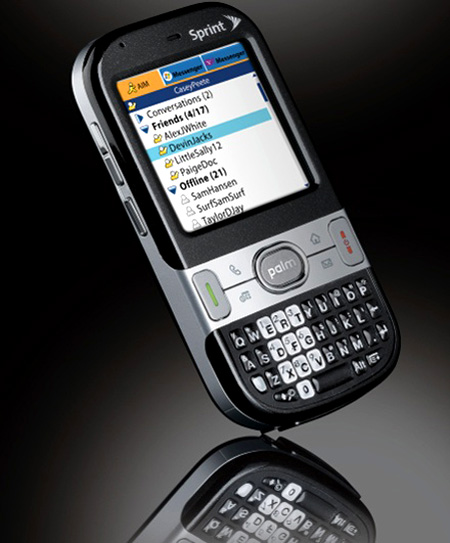 Though Palm hasn’t officially announced the Centro yet, this press shot has already begun circulating on tech sites. At $99 w/3-month Sprint contract, this sleek phone features EV-DO, a QWERTY keypad, and LCD touchscreen.

It’s a big step up aesthetically from what we’ve been seeing, and even bears a passing resemblance to T-Mobile’s fan-fave Dash, but the keyboard still looks like a distinct step in the wrong direction for Palm