Yes, we know that videos of people microwaving compact discs have been around since YouTube went live, but a professional photographer decided to capture this process with an expensive DSLR camera – possibly the Canon EOS-1D X – for all to see. Let’s just say that things do get a bit toasty. Continue reading to see why. 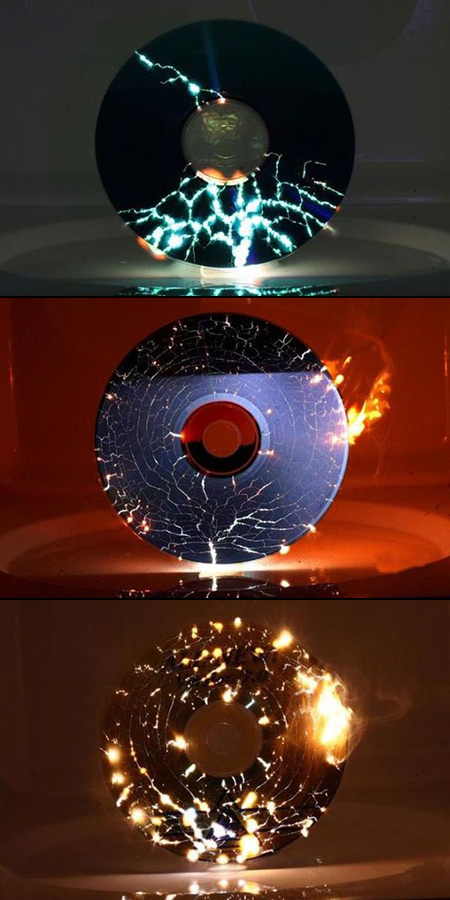 A microwave basically heats food by bombarding it with electromagnetic radiation in the microwave spectrum causing polarized molecules in the food to rotate and build up thermal energy in a process known as dielectric heating. Microwave ovens heat foods quickly and efficiently because excitation is fairly uniform in the outer 25-38 mm of a dense (high water content) food item; food is more evenly heated throughout (except in thick, dense objects) than generally occurs in other cooking techniques.

5 Geeky Pixar Tattoos That Might be Cooler Than Monsters University