Officially launched on Pi Day (March 14th), the “Pi Bike” is fittingly shaped like the pi (π) symbol. The idea was conceived by Malaysian illustrator, artist, and graphic designer Tang Yau Hoong, with the actual bike being brought to life by London-based artist Tadas Maksimovas and Dutch designer Martijn Koomen, the latter who hand-crafted the bike from carbon fiber. Life-sized scale models were first made from cardboard, along with some plywood, and was tweaked before actual molds were cast from resin, sanded down, and assembled. Continue reading for more pictures and information. 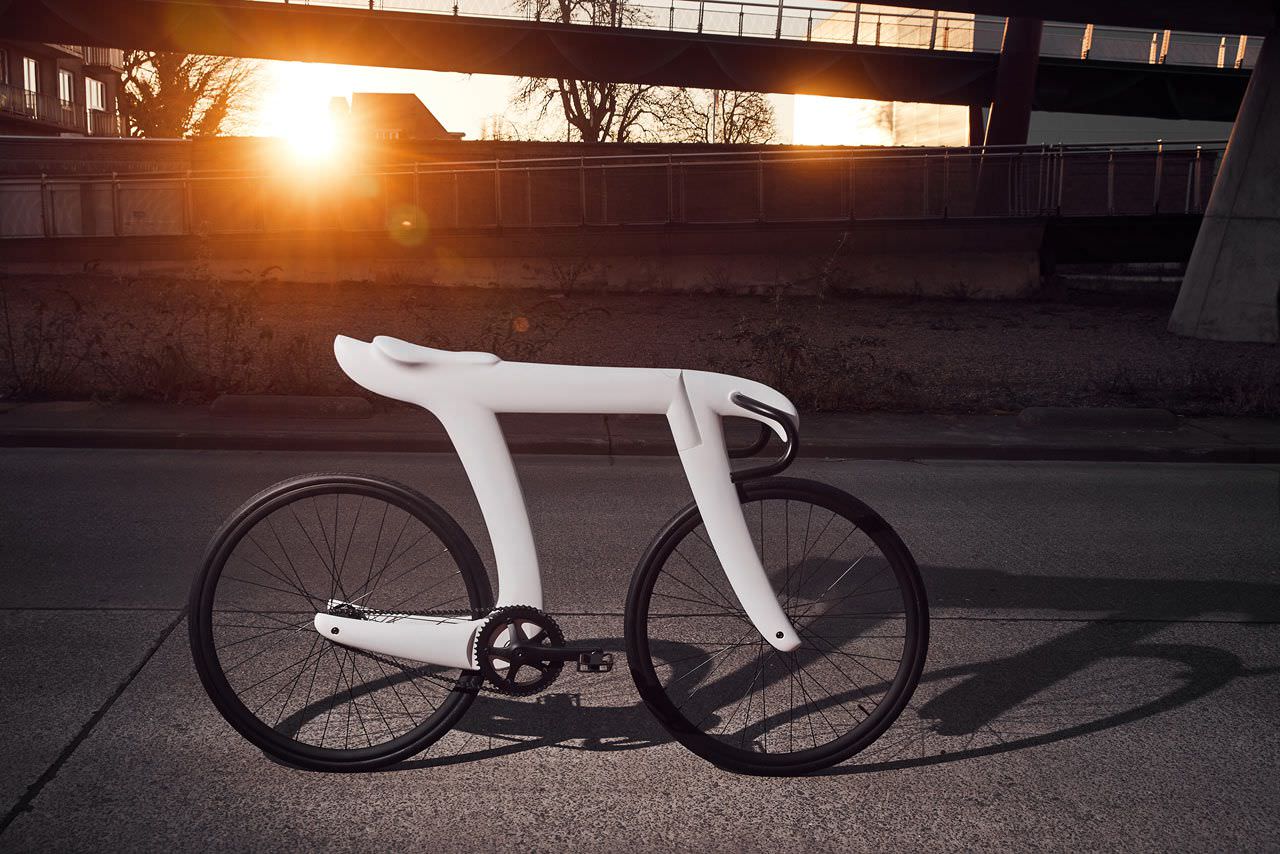 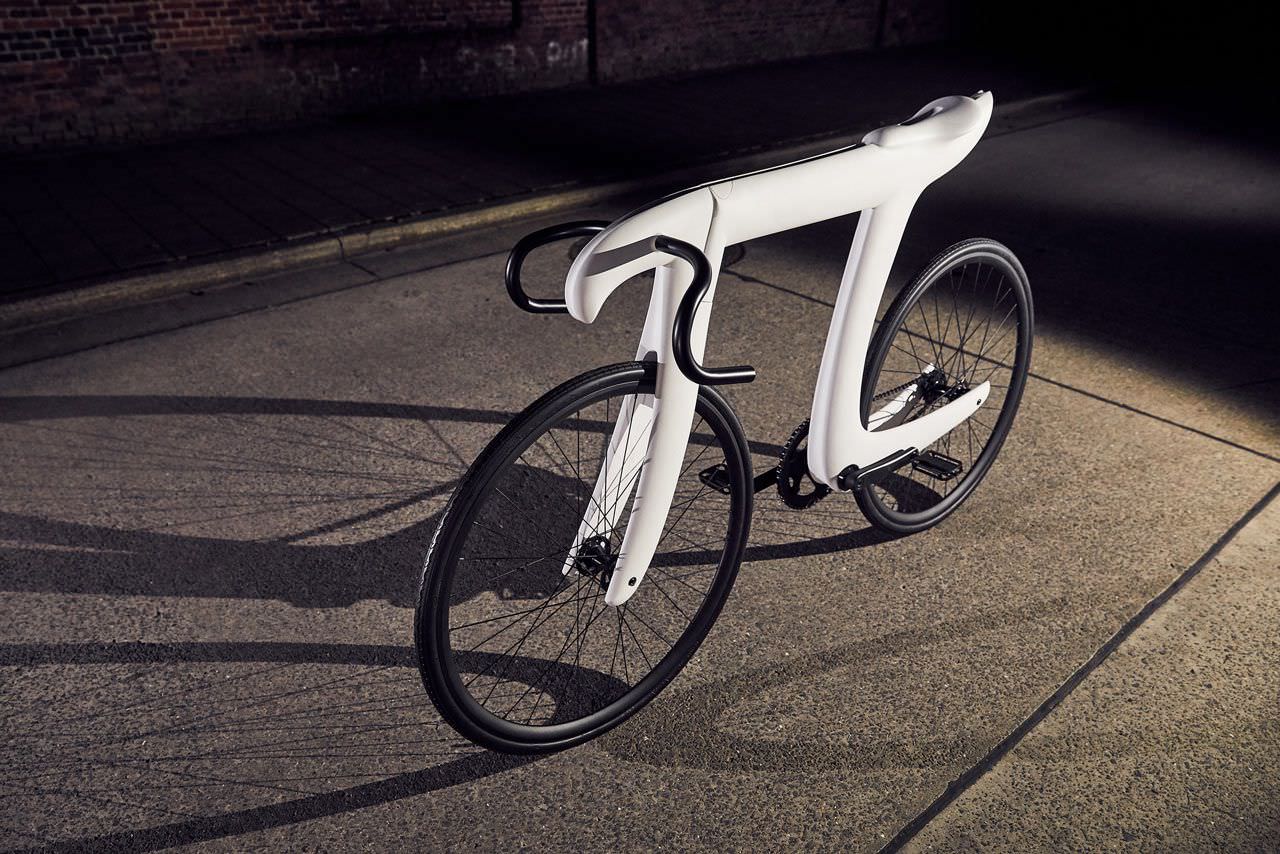 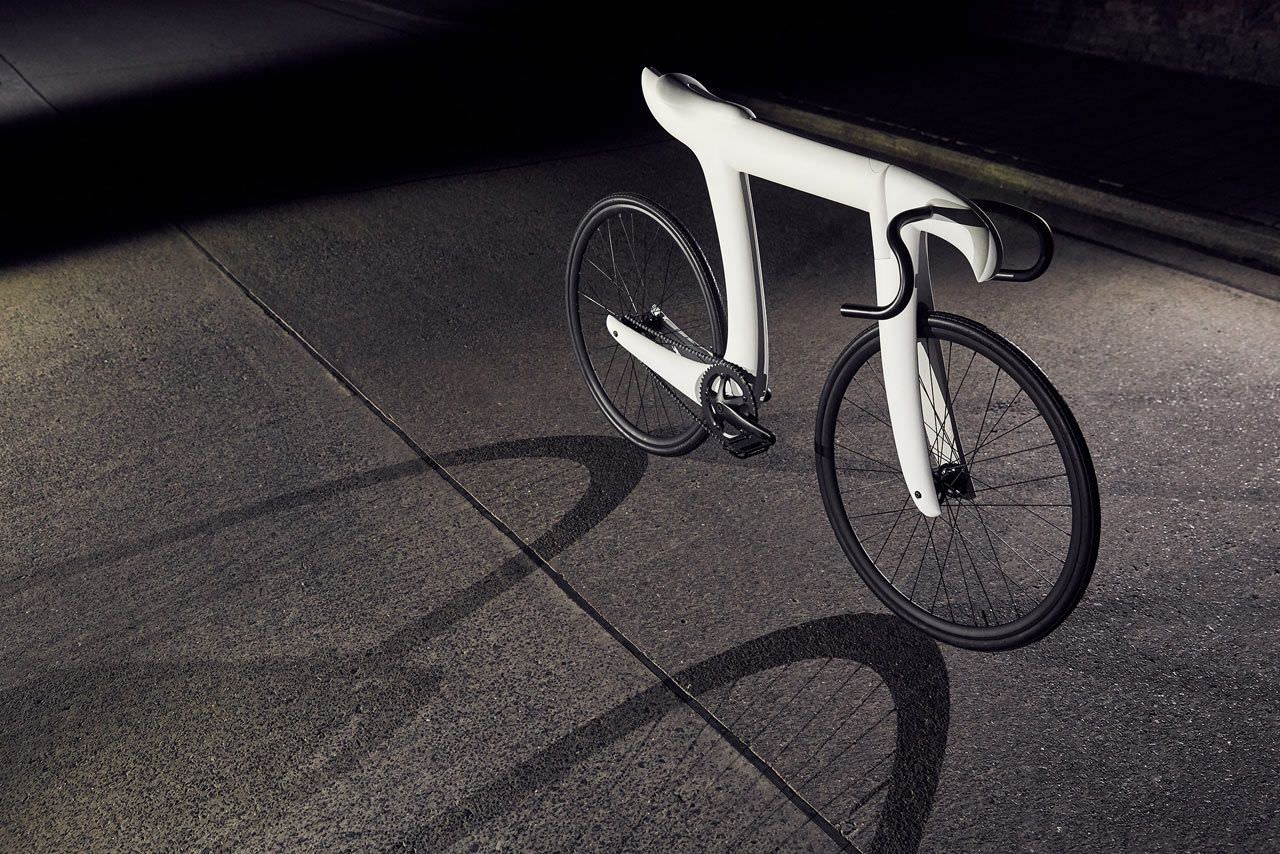 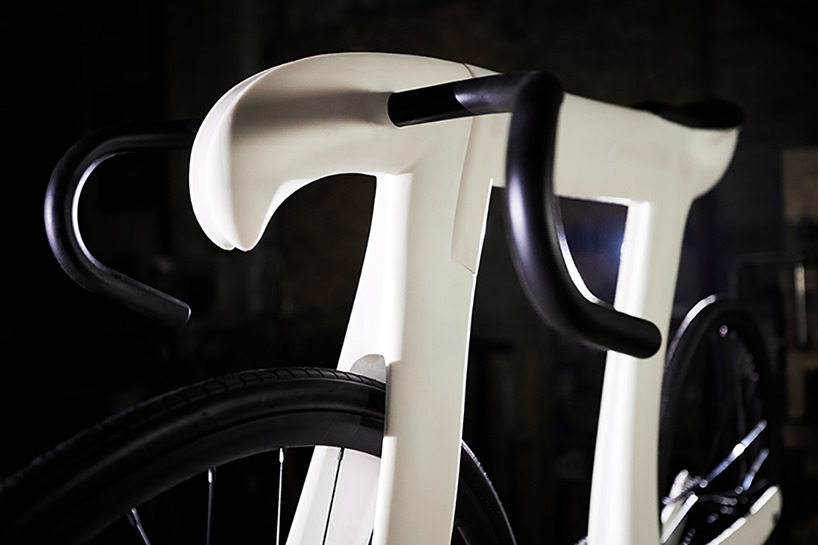 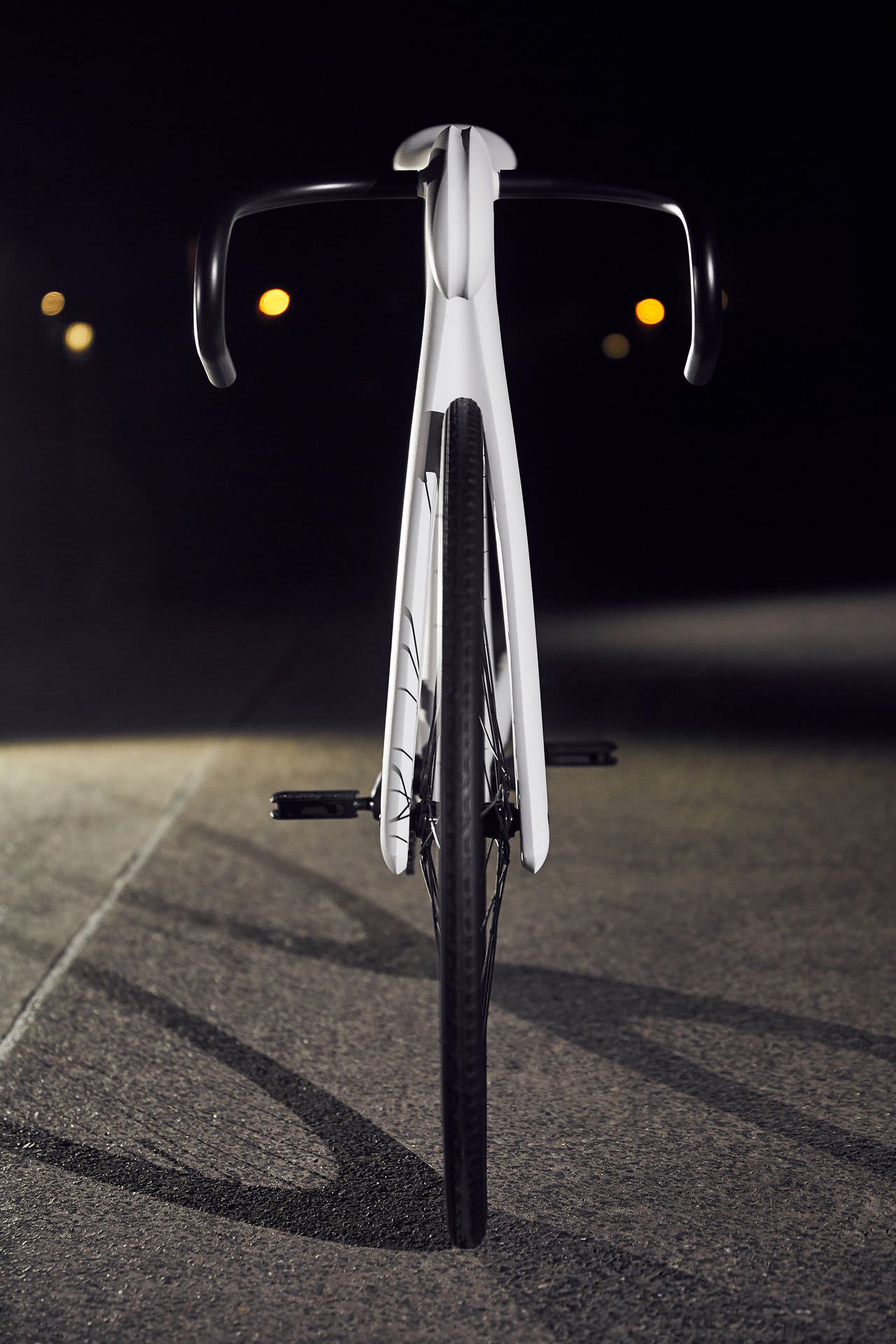 “As for the hardware, an 8bar Super crankset, Nitto track racing bars, and Hydra fixed-gear wheels were used to complete the picycle. The seat is built into the flick of the top bar of the pi-shaped frame. For the final, functioning version of the bike, new molds were crafted from stronger enforced carbon and reassembled,” reports Curbed.