Samsung Electronics has revealed the PM1743 SSD for enterprise servers, which integrates the PCIe (Peripheral Component Interconnect Express) 5.0 interface with the company’s advanced sixth-generation V-NAND, ahead of CES 2022. What advantage does PCIe 5.0 have over PCIe 4.0? It offers a bandwidth of 32 gigatransfers per second (GT/s), doubling that of its predecessor. When this is combined with a proprietary controller designed to support the latest PCIe standard, the PM1743 is one of the fastest drives around. Read more for a video showing it achieving over 13.7GB/s and additional information.

Intel Chief Performance Strategist Ryan Shrout tested the Samsung PM1743 on a 12th-generation Intel Core i9-12900K Alder Lake system equipped with an ASUS Z690 motherboard and EVGA GeForce RTX 3080 graphics card to achieve the blistering speeds. When it’s released in 2022, the PM1743 will be offered to both customer and enterprise customers, ranging in capacity from 1.92TB to 15.36TB. It’s expected to be the industry’s first PCIe 5.0 SSD with dual-port support, ensuring server operational stability and high availability when a connection to one port fails. 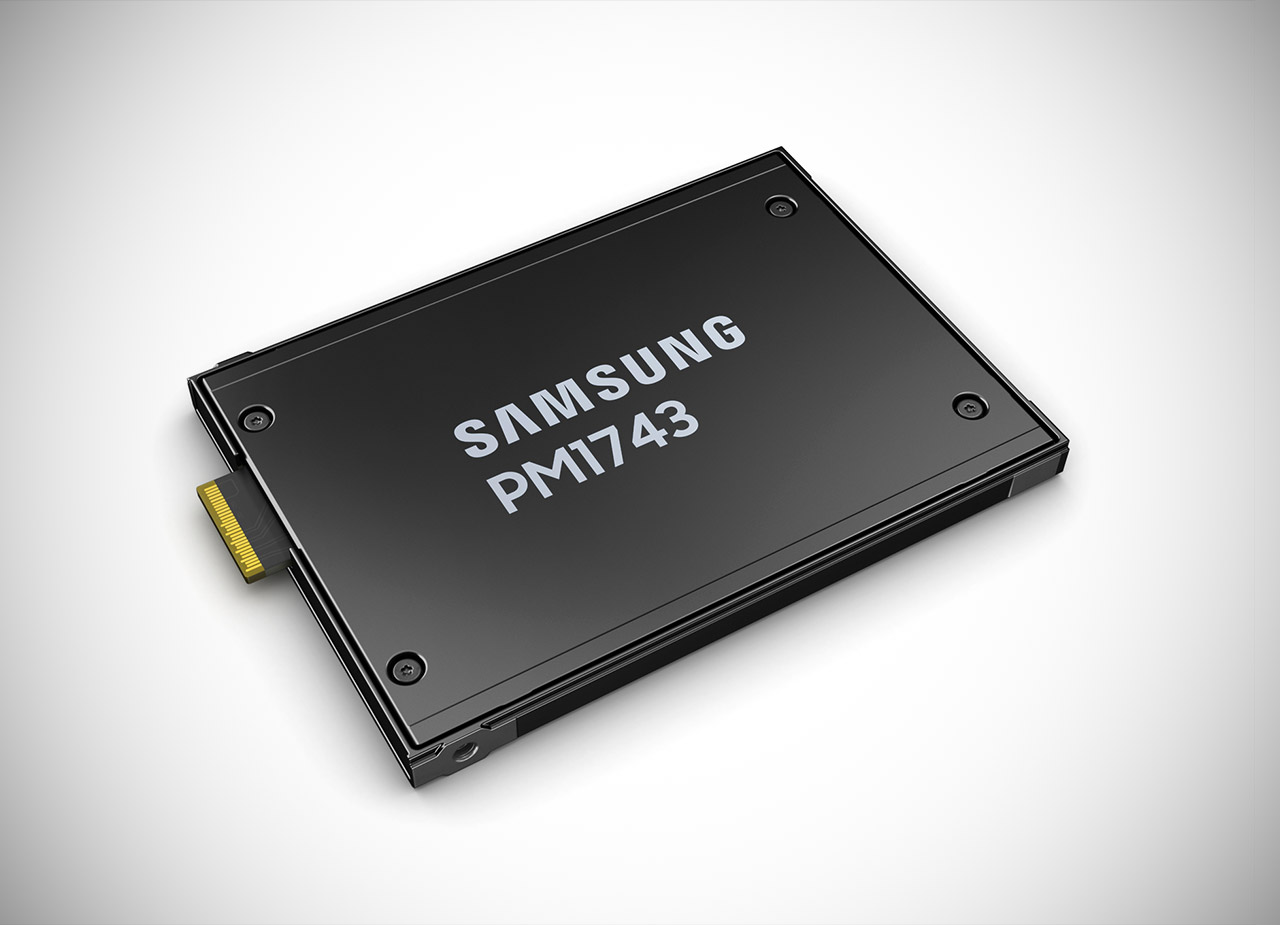 For over a decade, Samsung has been delivering SATA, SAS and PCIe-based SSDs that have been recognized for outstanding performance and reliability by leading enterprise server customers including corporations, governments and financial institutions. The introduction of our PCIe 5.0 SSD, along with PCIe 6.0-based product developments that are underway, will further solidify our technological leadership in the enterprise server market,” said Yong Ho Song, Executive Vice President and Head of the Memory Controller Development Team at Samsung Electronics.

Bauhütte’s Hand Massager is Designed for Gamers, Comes Equipped with 15 Air Cushions and a Heater