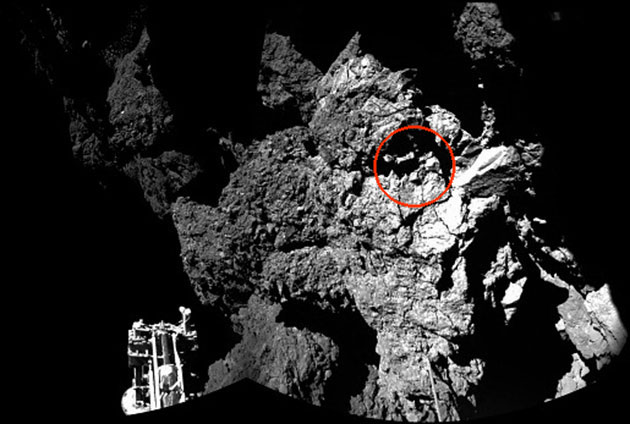 Scientists say that comet 67P/Churyumov-Gerasimenko landed on by the spacecraft Philae could be home to an abundance of alien microbial life beneath an icy surface. Rosetta, the European spacecraft orbiting the comet, is also said to have discovered strange clusters of organic material that resemble viral particles. Philae first landed on the comet in November, and it has since undergone a period of hibernation from which it awoke in June, having recharged its solar panels. Continue reading for the news report and more information.

Maverick astronomer and astrobiologist Prof Chandra Wickramasinghe and colleague Dr Max Wallis, from the University of Cardiff, believe 67P and other comets like it could provide homes for living microbes similar to the ‘extremophiles’ that inhabit the most inhospitable regions of the Earth,” reports The Guardian.

When You Take a Million Balls, Dump Them Into a Museum Hall, You Get This Giant Swimmable Ball Pit