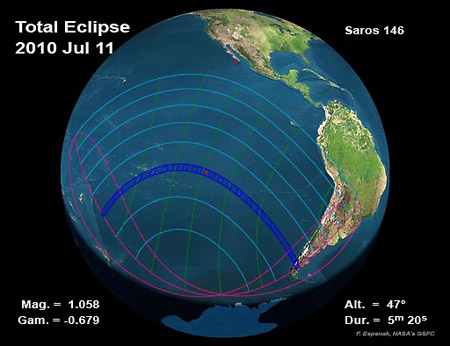 That’s right, “a total eclipse of the sun occurs on Sunday, but don’t be so quick to take out your special viewing glasses.” According to NASA, the “Moon’s penumbral shadow produces a partial eclipse visible from a much larger region covering the South Pacific and southern South America.” Video after the break.

On Sunday, 2010 July 11, a total eclipse of the Sun is visible from within a narrow corridor that traverses Earth’s southern Hemisphere. The path of the Moon’s umbral shadow crosses the South Pacific Ocean where it makes no landfall except for Mangaia (Cook Islands) and Easter Island (Isla de Pascua).

How to Play SNES on an iPad in 4 Easy Steps