Jim Templeton, a firefighter from Carlisle, Cumberland, in England, took his wife, Annie, and his daughters, Elizabeth and Francis, to Burgh Marsh on May 23, 1964. Since Templeton was an amateur photographer, he wanted to take capture a photo of Elizabeth’s new dress with a Kodak SLR. One of the resulting photographs depicted a strangely dressed person in the background. He insists that no one was in the background that day when he snapped the photo. The photo was then sent to the Carlisle Police who hired photographic experts to study it. Finally, Kodak got a hold of the camera and photo negative to look for any defects. They found nothing wrong, and even offered a reward, which went unclaimed, of free film for a year to anyone that could adequately solve the mystery. Continue reading for more bizarre photographs that can’t be explained. 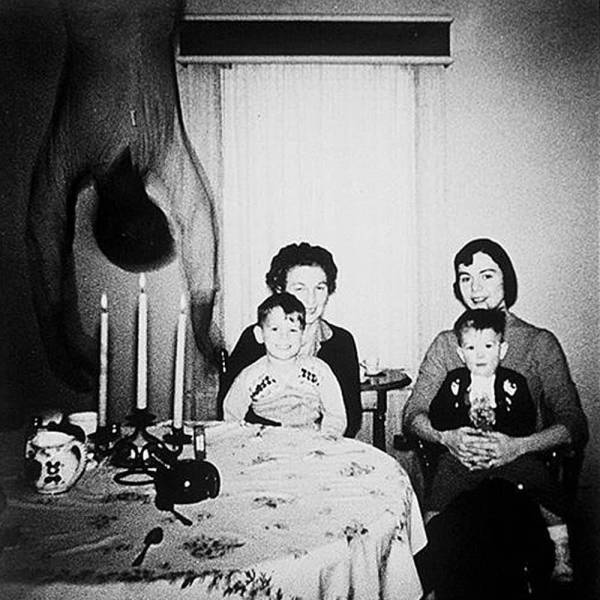 This bizarre photograph was captured in the 1950s, and the story goes that the Cooper family took this photo shortly after moving into an old house they bought in Texas. When it was developed, they were horrified to see an image of a body falling from the ceiling. They assured that there was indeed no falling body while they were having the photo taken, and tons of experts over the years investigated, yet no one could give a explanation for the occurrence. 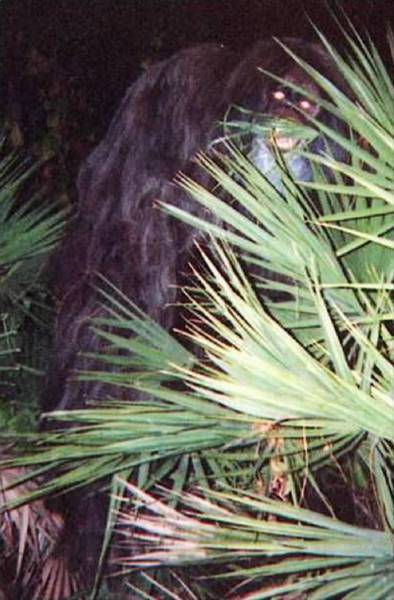 The Skunk Ape is exactly as it sounds, a name given to a cryptid similar to Bigfoot, but one local to the American southeast. Sightings of this beast date back to the mid-1800s in Arkansas when mountain men in the Ozarks reported witnessing them. Reports of the period say the creature is gigantic in stature, hairy, with an incredible stride able to quickly flee when sighted. Footprints found measure an incredible 14 inches long. In 1974, this mysterious creature caused a stir when multiple sighting occurred in suburban Dade County in Florida. Witnesses described a large, ape-like creature walking on two legs. Its eyes glowed and it had a stench on it that induced nausea to anyone downwind. Then, in the year 2000, an anonymous woman in Florida mailed two photographs and a letter to the Sarasota County Sheriff’s Department. She wrote that on three different nights, this ape crept into her backyard and took apples that she had left on her back porch. 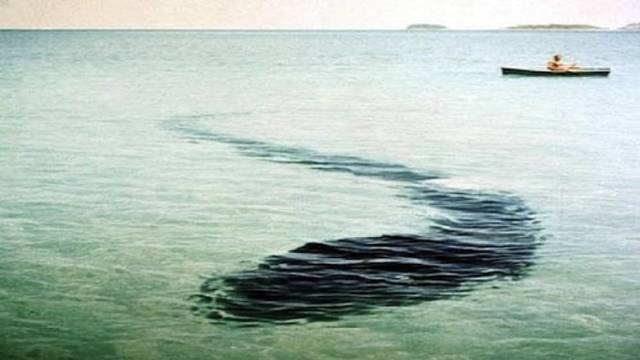 The Hook Island Sea Monster photo has been circulating for years, with the whole debacle starting in 1964, when Robert Le Serrec bought a boat and decided to holiday for a few months on Hook Island in Stonehaven Bay, Queensland, Australia. On December 12th, the family was traveling across the bay when Le Serrec’s wife spotted a strange object on the bay floor. He began taking photos of what appeared to a 30-foot, snake-like creature resting on the sea bottom. They cautiously moved closer and Le Serrec decided to get in the water to see what it was, thus realizing that it was much larger than first estimated. As he got closer, the creature opened its mouth and began moving. Startled, he quickly made his way back to the boat. By the time he got on board, the creature was gone. 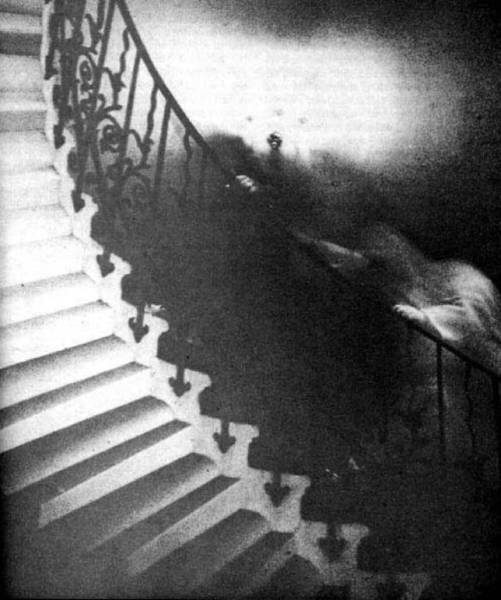 Captured in 1966 at 5:30pm, by Reverend Ralph Hardy, a retired clergy from British Columbia, this photograph of the spiral staircase in the Queen’s House area of the National Maritime Museum in Greenwich, England, appears to show a shrouded figure climbing the stairs, with both hands ahold of the railing. Spectral apparitions and unexplained footsteps are always being reported near the staircase by everyone who visits, and there have been sightings of a ghostly woman seen wiping down the bottom of the stairway. She is believed to be the ghost of a maid who fell over the banister and died at the foot of the stairs hundreds of years ago. Experts from all over, including Kodak, have studied the photo / original negative, and concluded that it has not been doctored. 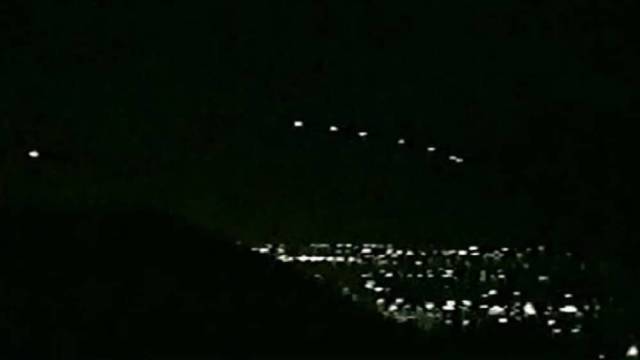 The Phoenix Lights phenomenon is currently the largest mass UFO sightings ever reported. On March 13, 1997, strange lights were seen by thousands of people in the skies above Phoenix, Arizona. At approximately 7:30pm, a triangular formation of lights was seen to cross the city. The second sighting, at 10:00 PM, is the one most photos and videos show. Thousands of witnesses reported the event to the local Air Force bases and news stations. “I’m a pilot and I know just about every machine that flies. It was bigger than anything that I’ve ever seen. It remains a great mystery,” said Arizona Governor Fife Symington.

Reduce Clutter, Get a 5-Pack of ClearMax 3-Prong Power Extension Cords for Under $8 – Today Only

Nerf N-Strike Elite Mega CycloneShock Blaster Has Rotating 6-Shot Drum, Get One for Under $13 – Today Only