Elon Musk has just unveiled the completed Starship prototype (above) ahead of Friday’s big event. SpaceX is set to launch 10 Iridium NEXT satellites from Space Launch Complex 4E (SLC-4E) at Vandenberg Air Force Base in California. This would be the eighth and final set of satellites in a series of 75 total satellites that SpaceX will launch for Iridium’s next generation global satellite constellation, Iridium NEXT. Iridium is currently the only satellite communications network that spans the entire globe, and Iridium NEXT is one of the largest “tech upgrades” in space history, since the process of replacing the satellites individually in a constellation of this size and scale has never been done before. Read more for a live video feed of the launch that is set to begin at 7:31 a.m. PST, or 15:31 UTC, and the mission timeline.

Approximately 7 minutes after launch, the first stage of the Falcon 9 will attempt a vertical touchdown on the SpaceX droneship, “Just Read the Instructions,” stationed in the Pacific Ocean. Friday’s liftoff has already been delayed several times due to a few SpaceX issues that needed to be addressed. 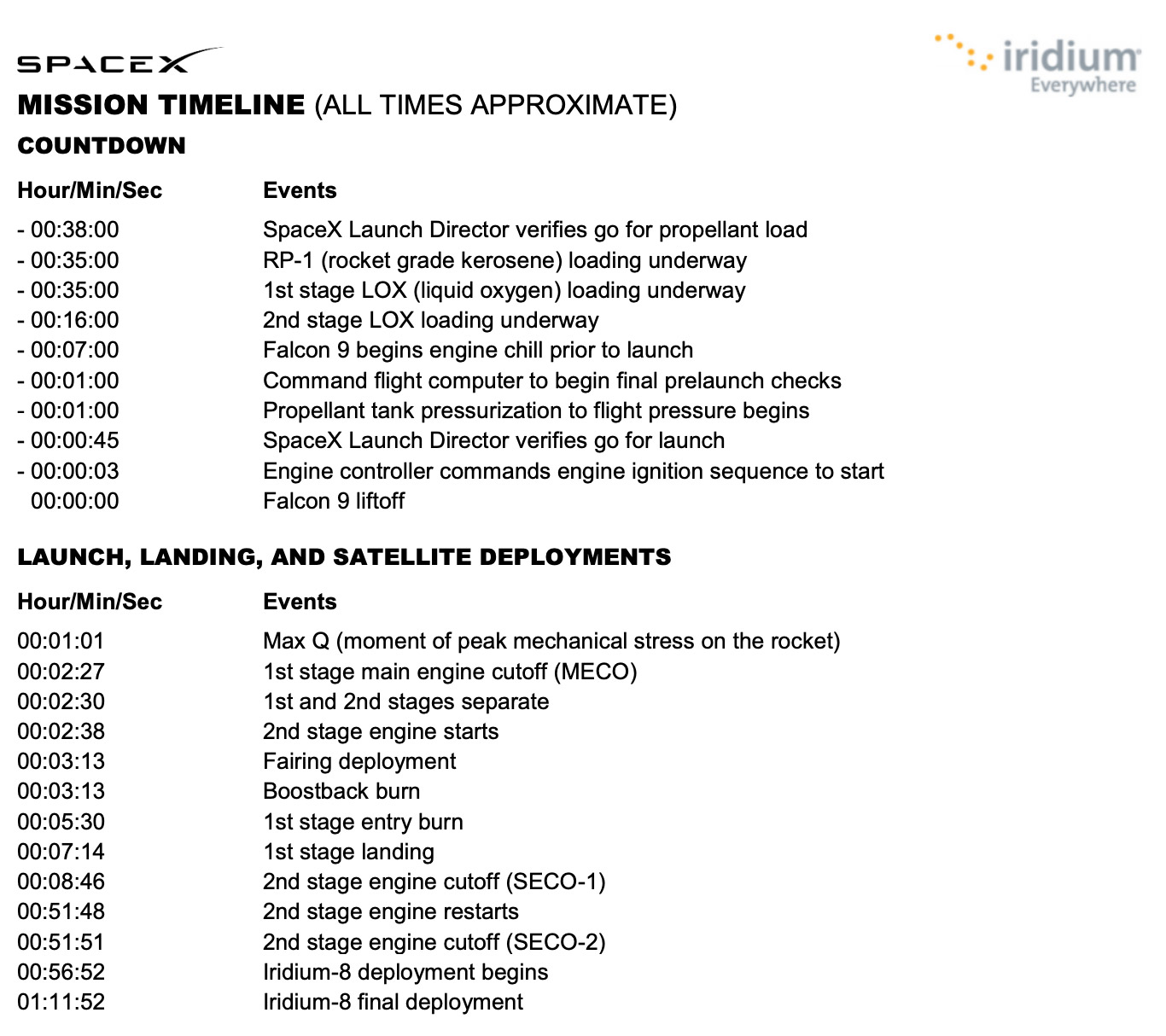 “This first stage already has one landing under its belt. The booster helped loft the Telstar 18V communications satellite in September 2018. Such reuse is a priority for SpaceX’s billionaire founder and CEO, Elon Musk, who aims to cut the price of spaceflight dramatically. The company has already pulled off dozens of rocket landings and reflown numerous Falcon 9 first stages and Dragon cargo capsules,” reports Space.com.

Samsung May Announce Its Galaxy F Foldable Phone at an “Unpacked” Event on February 20th, Not CES 2019