A 1329-piece LEGO Millennium Falcon already exists, but fan Marshal Banana went above and beyond to create his own 22-pound version of the famous starship. “It took me a whole year to accomplish this build (including planning and collecting bricks). My main goal was to present the model in a flying position, which was a huge task. Due to its internal framework it was not possible to include an interior, but I was able to fully lighten the model. And there was still enough space left to include a detailed cockpit (with 4 seats), gunner’s platform and a lowering ramp,” said Marshal. Continue reading for more pictures of the Falcon. Click here to view some bonus LEGO Star Wars on Hoth images. 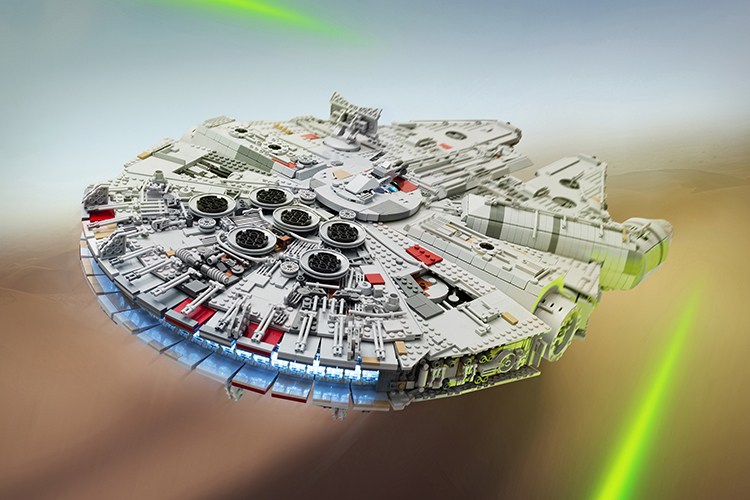 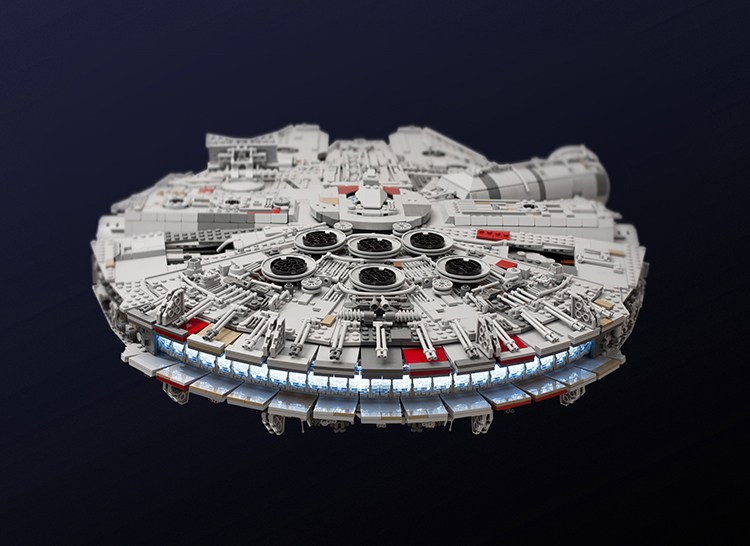 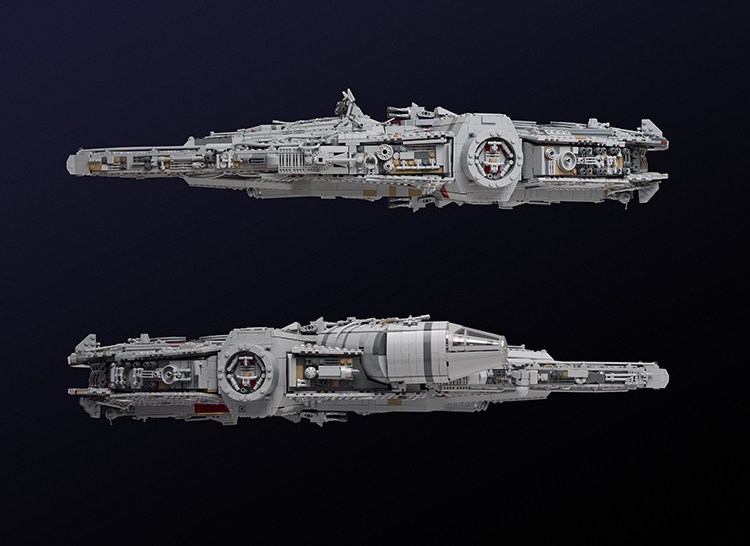 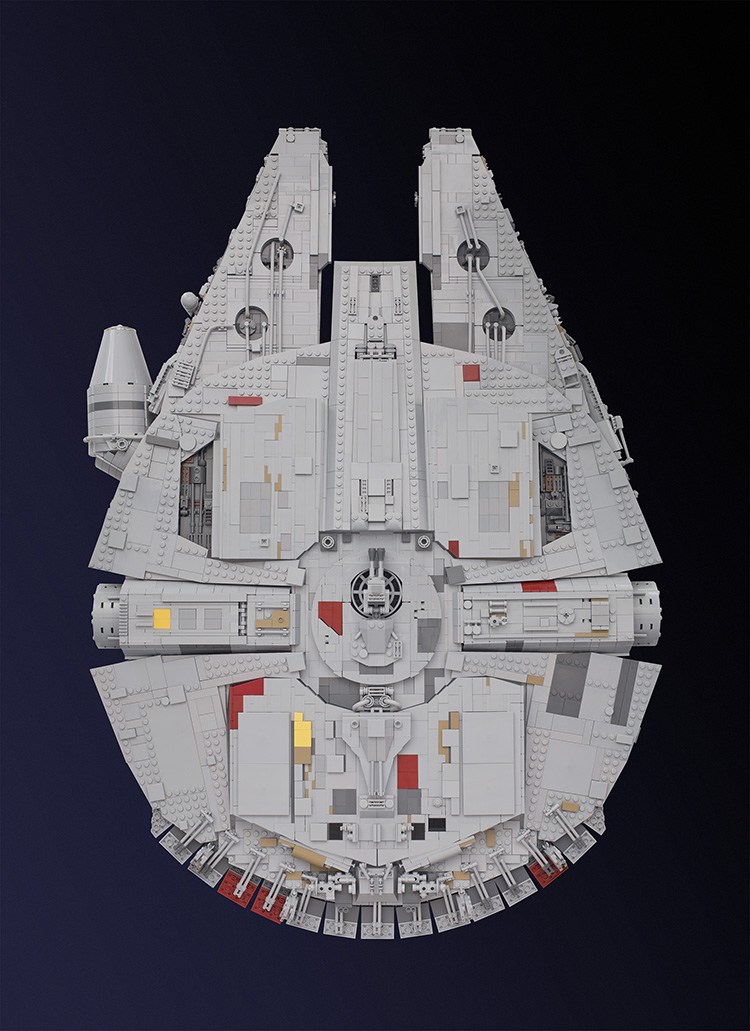 “It’s clear from this top-down photo that the builder has spent some significant time with various reference materials – the plan view shows just how closely his model lines up to the shape and details published in books like The Essential Guide to Vehicles and Vessels. Unlike the fairly bare belly of the official LEGO set, Marshal Banana’s version has a fully detailed underside,” according to Brothers-Brick.