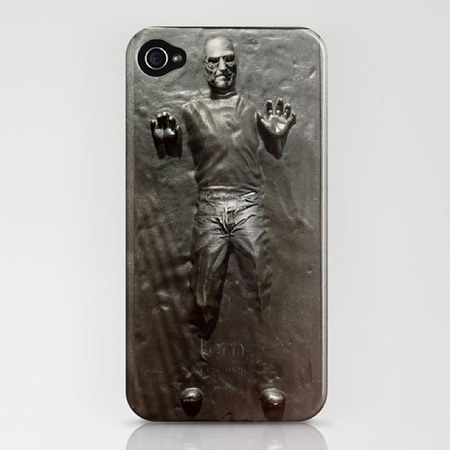 File this under: cool iPhone cases. It was bound to happen sooner or later, especially after the Steve Jobs action figure was released. That’s right, a Steve Jobs in Carbonite iPhone case has been unveiled, “a one-piece, impact resistant, flexible plastic hard case featuring an extremely slim profile.”

If you want one, go get it now. The case has actually been on sale since March 21st, but now that it is getting more attention, it’ll probably be gone pretty soon. $35.