A teenager from Maine suffered second-degree burns on Friday when her iPhone 5C exploded and then caught fire in her pocket while she was at school. The unnamed girl was burned on the thigh and back when her classmates heard a pop and saw smoke billowing around the 14-year-old, who had to remove her pants in class to get away from the fire. Continue reading for a picture of the actual device and more information. 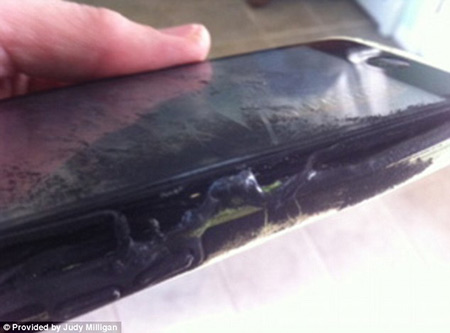 According to the Daily Mail: “A group of girls gathered around the student and helped remove her clothes, while boys who were in the class were ushered outside. ‘It was sensitive. She knew she was kind of in a tough situation,’ Mr Rodman said. The girl’s mother, Judy Milligan, had given her daughter the green iPhone 5C two months ago.”