The Maybach Exelero is the world’s most expensive car with the price of about $8 million. This supercar has room for 4 and is powered by a 700hp twin turbo V12 engine. It was built on request for Fulda Tires. The German luxury car manufacturer created the model as a modern interpretation of its legendary streamlined sportscar from the 1930s. Continue reading to see what the zombie-fighting version looks like. 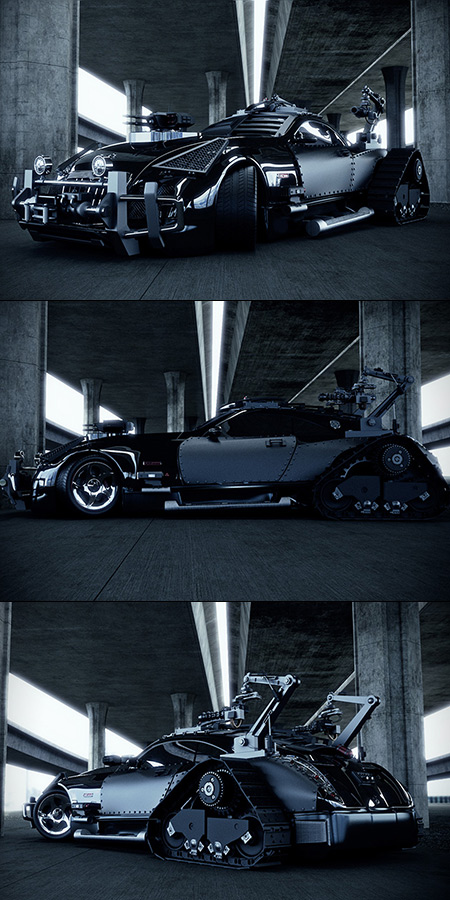 This version has been completely revamped to withstand the zombie apocalypse. Upgrades include everything from tank tracks in the rear to ultra thick armor plating covering the passenger compartment. On the weapon side, it’s been equipped with hood-mounted gun, dual rear machine guns, and a rocket launcher.