In The Dark Knight, the Batpod was designed to fit inside Batman’s Tumbler, and used as an escape vehicle – or additional means of transport when needed. To ride this chopper-inspired bike, the rider lies belly down and steers it with independent handles mounted almost vertically. It also come heavily equipped with weapons such as machine guns, grappling hooks and cannons. Pankaj Shah liked the Batpod so much that he commissioned Chopper City USA to make him one from scratch. Continue reading to see more of the PS-Pod. 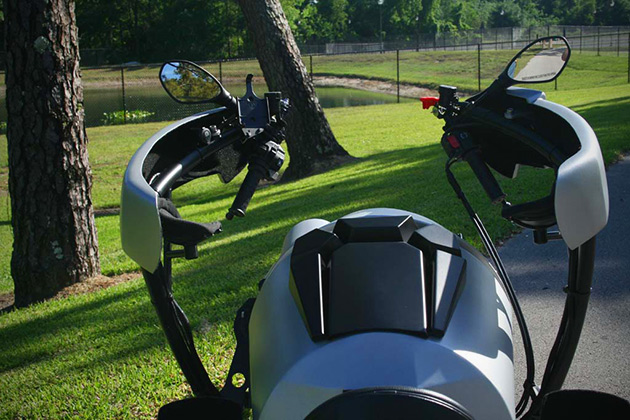 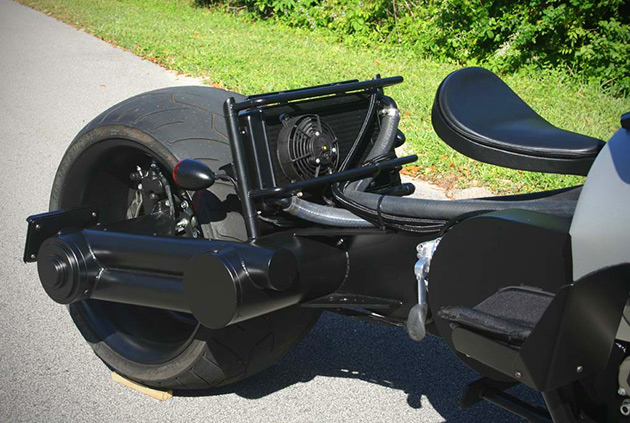 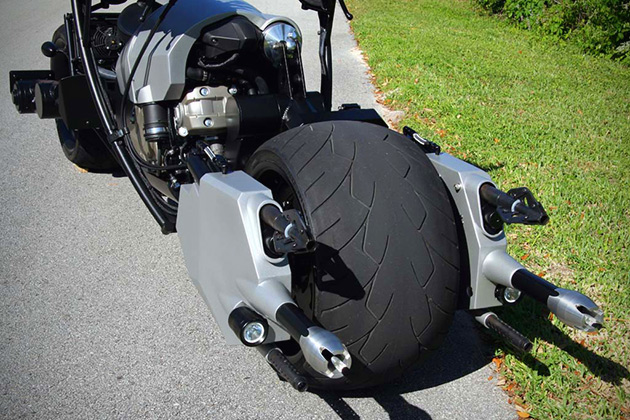 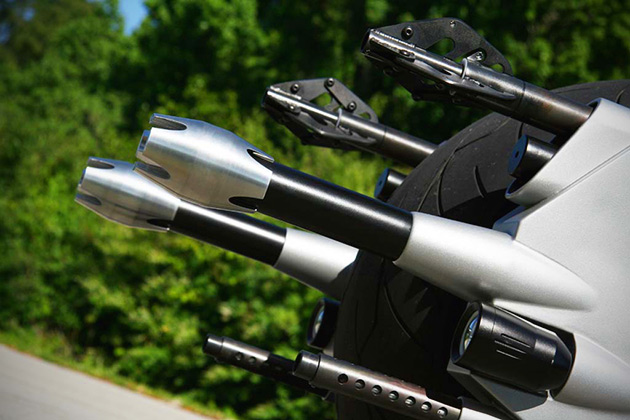 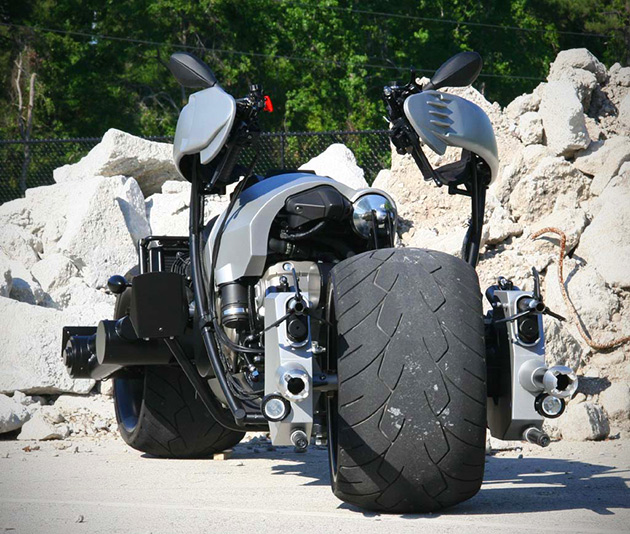 ” Instead of lying face down like on the Batpod, the PS-Pod’s rider sits in a manner more similar to a chopper bike rider – far more practical and you won’t look like an idiot when stopped at the traffic lights. The PS-Pod was constructed using all metal bodywork, no fiberglass was used at all. Mounted within the custom made frame is the drivetrain from an Aprilia Mana 850. The bikes builder, Dave Welch, bought the Aprillia brand-new, and then proceeded to strip it down for its parts,” reports Diseno-Art.