Here are new up-close images of Comet 67P, as captured by the Rosetta Probe. The flyby took place at approximately 12:41 GMT on February 14, transmitting a series of images showing the comet’s layered and fractured surface. You can see a complicated, broken landscape mixed with smooth, dust-covered areas, boulders measuring up to tens of meters, and outlines of near-circular objects. This close pass also allowed the spacecraft’s instruments to take samples of the inner regions of 67P’s coma. Continue reading for more pictures and information. 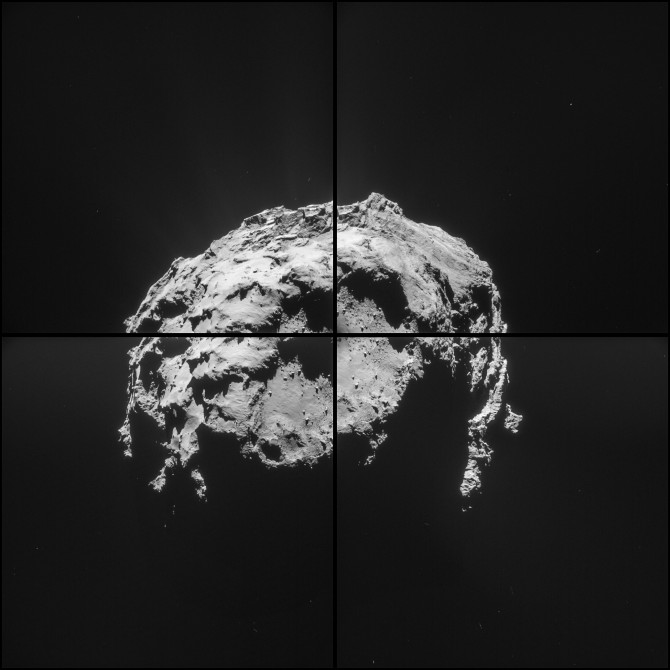 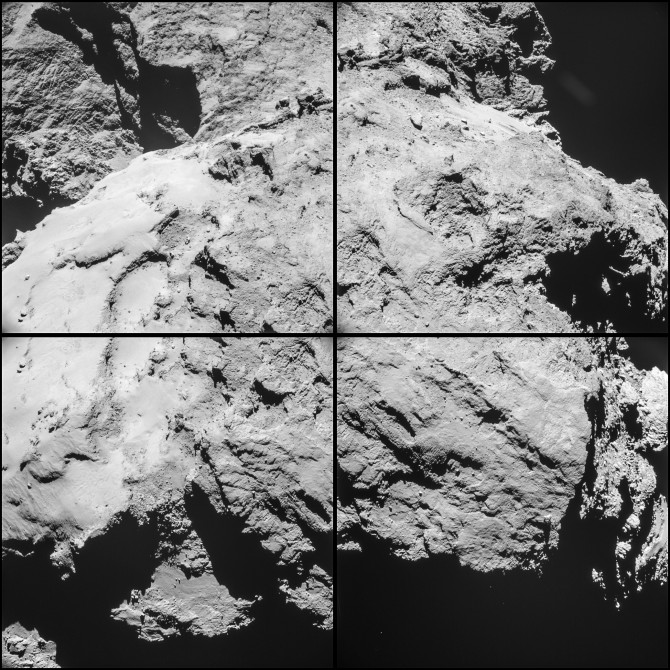 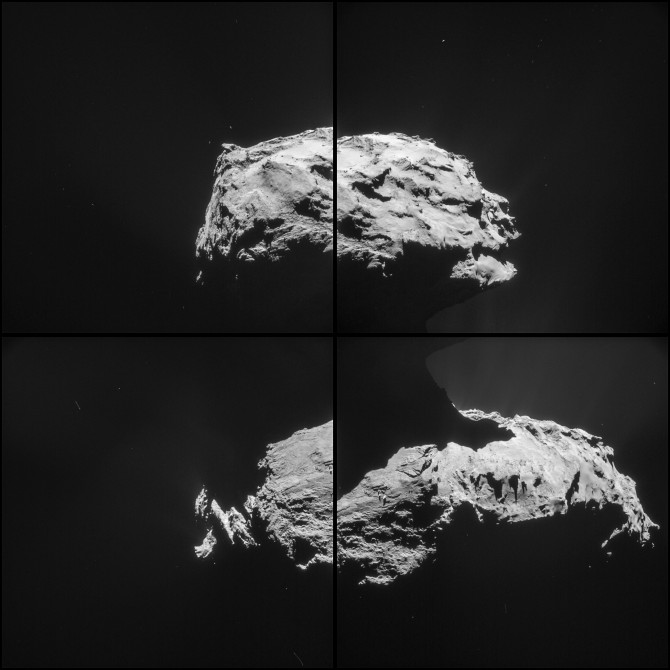 “According to ESA, Rosetta is about 345 million km (214 million mi) from the Sun. When 67P reaches its closest distance to the Sun on August 13, it will be 189 million km (117 million mi) away between the orbits of Earth and Mars. Because 67P is becoming more active as the Sun heats it, Rosetta has gone out of orbit and is now executing a series of flybys at altitudes from 15 to 100 km (9.3 to 62 mi),” reports Gizmag.

You Don’t Have to Spend a Fortune on a Camera-Equipped Drone, Just $66 Shipped for the Syma X5C, Today Only

InstaGlasses Camera Sunglasses Have Filters Built Directly Into the Lens