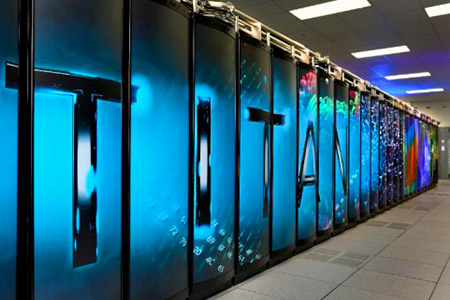 Using NVIDIA Tesla GPUs with 16-core AMD CPUs, the engineers at Cray transformed the Jaguar supercomputer into Titan, which officially recorded speeds of 17.59 petaflops, making it the world’s fastest. Even more surprising, the “entire computing apparatus fits into the same 200 server cabinets as the 2.3-petaflop Jaguar.” Continue reading for a time-lapse build video and more information.

Right now, 62 systems on the TOP500 list are accelerated in this way, including China’s Tianhe-1A, which sat atop the list back in 2010 but now ranks number eight. That’s up from 58 systems six months ago, and the number is likely to continue growing.

The time may soon be upon us when it’s simply unfeasible to compete for the top 10 or even the top 25 systems in the world without leveraging some kind of acceleration technology, and that’s probably a good thing. More efficient methods of crunching more data are what will lead us to the exascale age–a scale at which many computer scientists think things will get really interesting.