Whether it be a real Mac-based tablet — MacBook Duo (top) and MacView (bottom) — or just a doodle book, there’s probably a concept out there for the device. Best of all, we’ve rounded up ten of the best for you to enjoy. Continue reading to see them all. 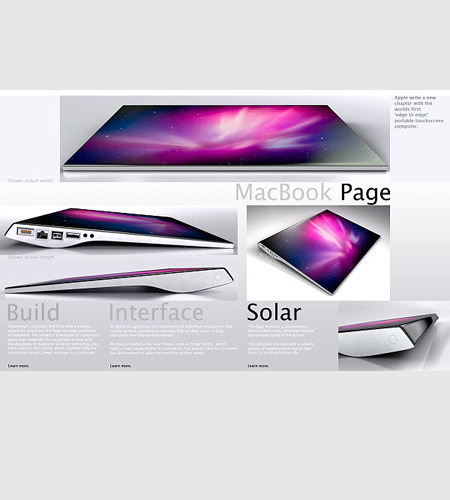 The MacBook Page is based on the size of a standard sheet of A4 paper. It maximises screen ‘real estate’ by presenting the user with an edge to edge interactive desktop. It also incorporates a hidden solar panel to supplement the power supply. 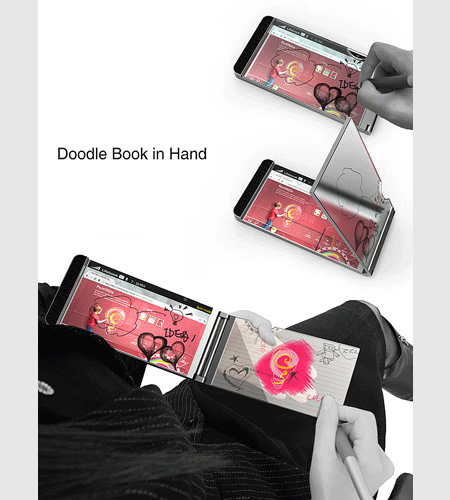 Doodle book is a lifebook able to make creative work. Portable enough to be carried out, it can be easily used as memo pad in any place. Included the concept of layer in its input system, it can attach or overlap an existing document, image, sketch or video comment with pen. 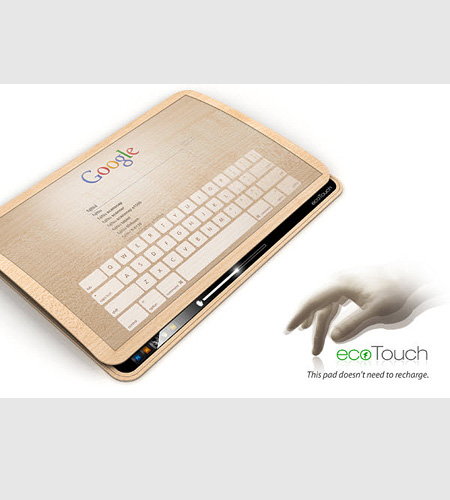 The ecoPad does not require special charging from an adaptor. Instead, it generates electricity when a user presses the touchscreen, due to the nano piezoelectricity film that is located below the display. 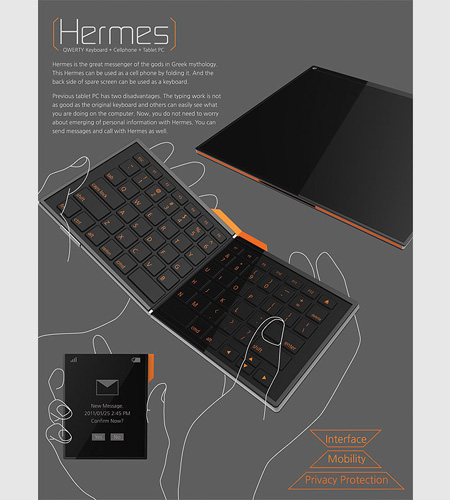 Previous tablet PC has two disadvantages. The typing work is not as good as the original keyboard and others can easily see what you are doing on the computer. Now, you do not need to worry about emerging of personal information with Hermes. You can send messages and call with Hermes as well. 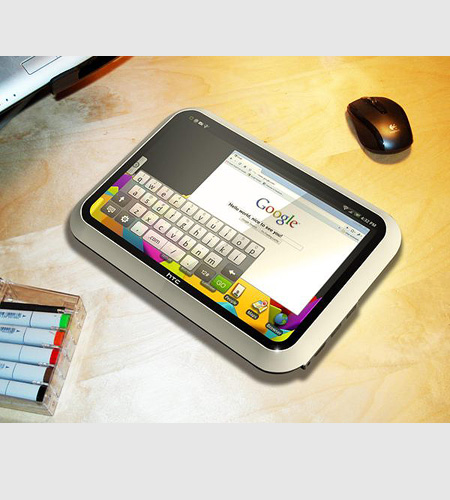 A HTC branded high-end tablet with smart Android OS running on it. Doubtlessly the design is sleek and the user interface seems to be very promising. There’s also an extra tab on the left side of the tablet which gives more dedicated spaces for apps. 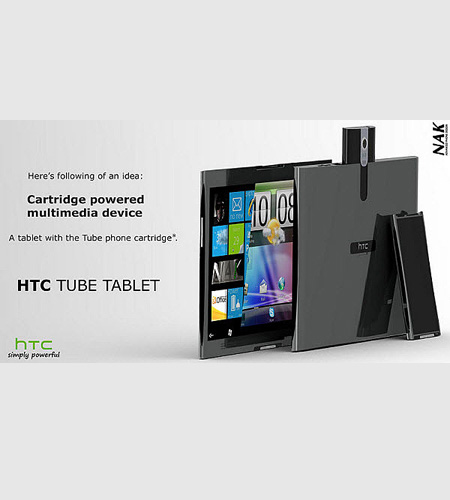 Another sleek concept for HTC brand, but the idea revolves around the “Cartridge powered multimedia device”. The concept is not much explained, but this might be the tablet which will function as a big monitor when the phone is plugged in. 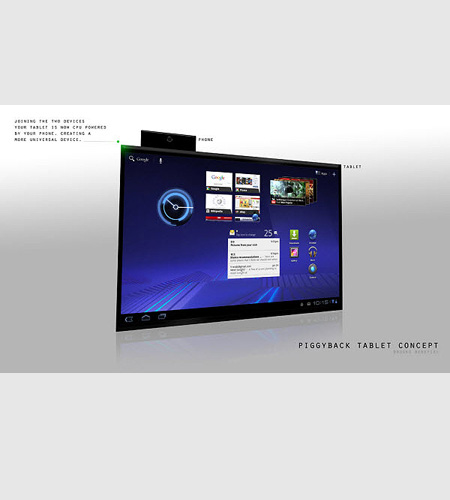 With the tablet, you will be able to plug in the smartphone to get a bigger screen for more complicated tasks like typing out long report or, if the processing power allows, doing graphic editing job. Yes, all you need is a bigger screen. 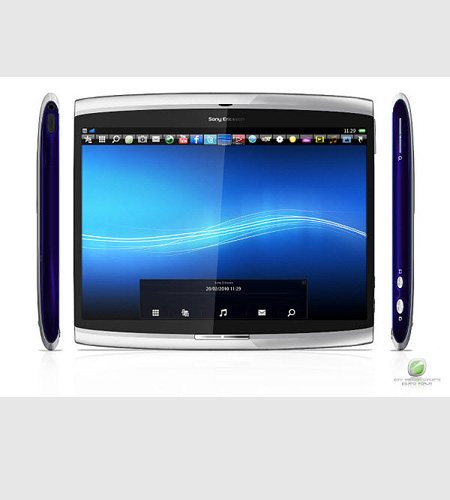 Well, here I made a XL-version of Vivaz. It features an 8 megapixel camera at the back, of course with HD video recording and the interior capacity is about 75GB. 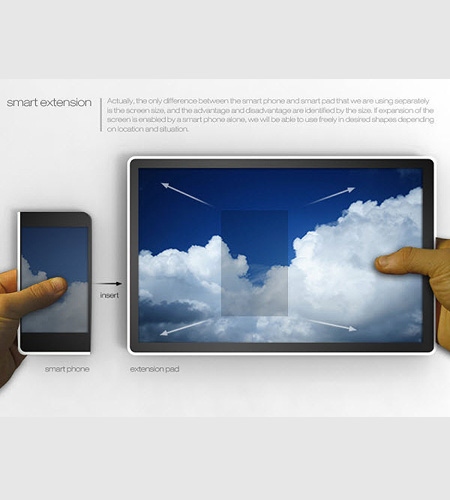 The only difference between the smart phone and smart pad that we are using separately is the screen size, and the advantage and disadvantage are identified by the size. If expansion of the screen is enabled by a smart phone alone, we will be able to use freely in desired shapes depending on location and situation. 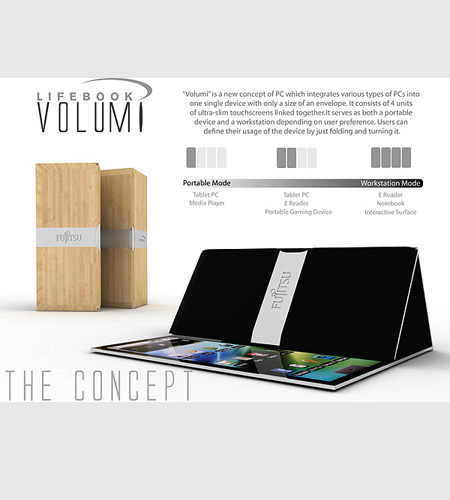 Volumni is a new concept of PC which integrates various types of PCs into one single device with only a size of an envelope once it’s folded (23 x 10 cm). It consists of 4 units of ultra-slim touchscreens linked together by a 360 degrees pivot hinge. It serves as both a portable device and a workstation depending on user preference. Users can define their usage of the device by just folding and turning it.